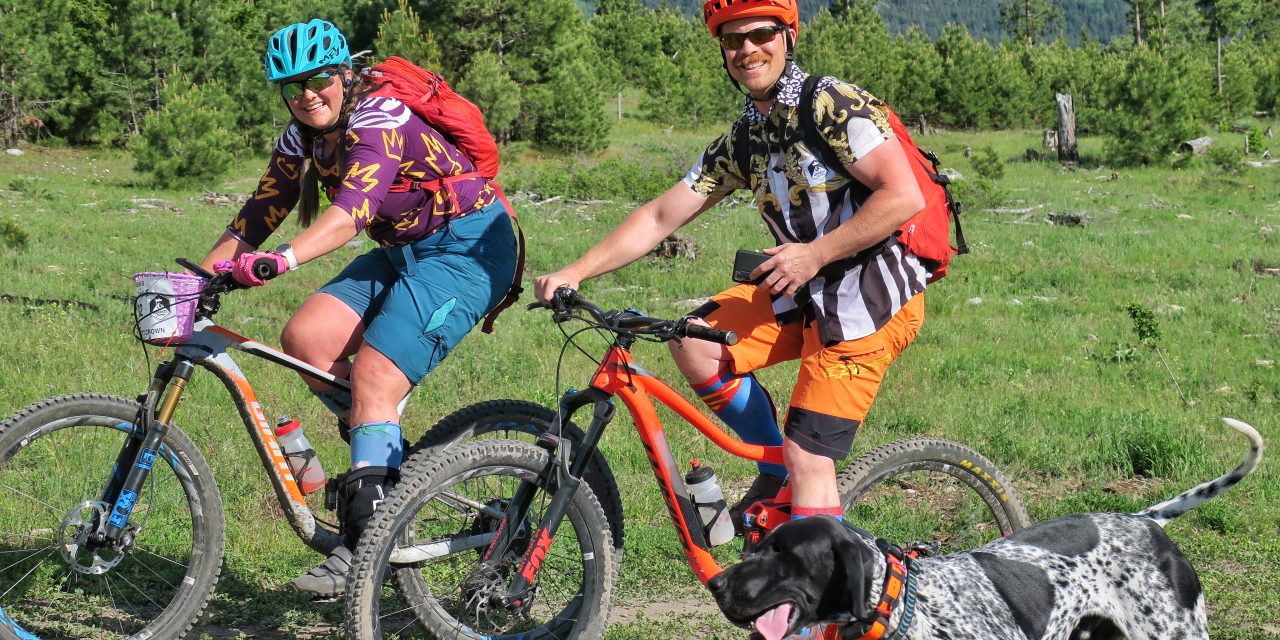 June 18 was a treat for cyclists from BC and Alberta as the annual Merritt Crown took place. The event, once again, shows that Merritt is not trailing when it comes to trails.

130 cyclists were present on Saturday, June 18 for the Merritt Crown. The race is aptly titled for it’s challenging terrain.

“We want people to know what they’re getting into,” said Darch Oborne, co-founder of Merritt Crown.

“120 kilometres is no cakewalk for any rider. Anybody that can finish the Merritt Crown within 12 hours, at 3000 metres of elevation, and potentially muddy or rainy conditions, deserves a gold star because it’s a grueling course.”

Fortunately, it was all sunshine for the 2022 race as, Albertan, Brian Cooke nabbed the first place. The Canmore native was able to win the Crown for a second time, finishing the race in just under seven hours. Second place finisher, Brendan Taylor, was not far behind, only missing the mark by 17 minutes. 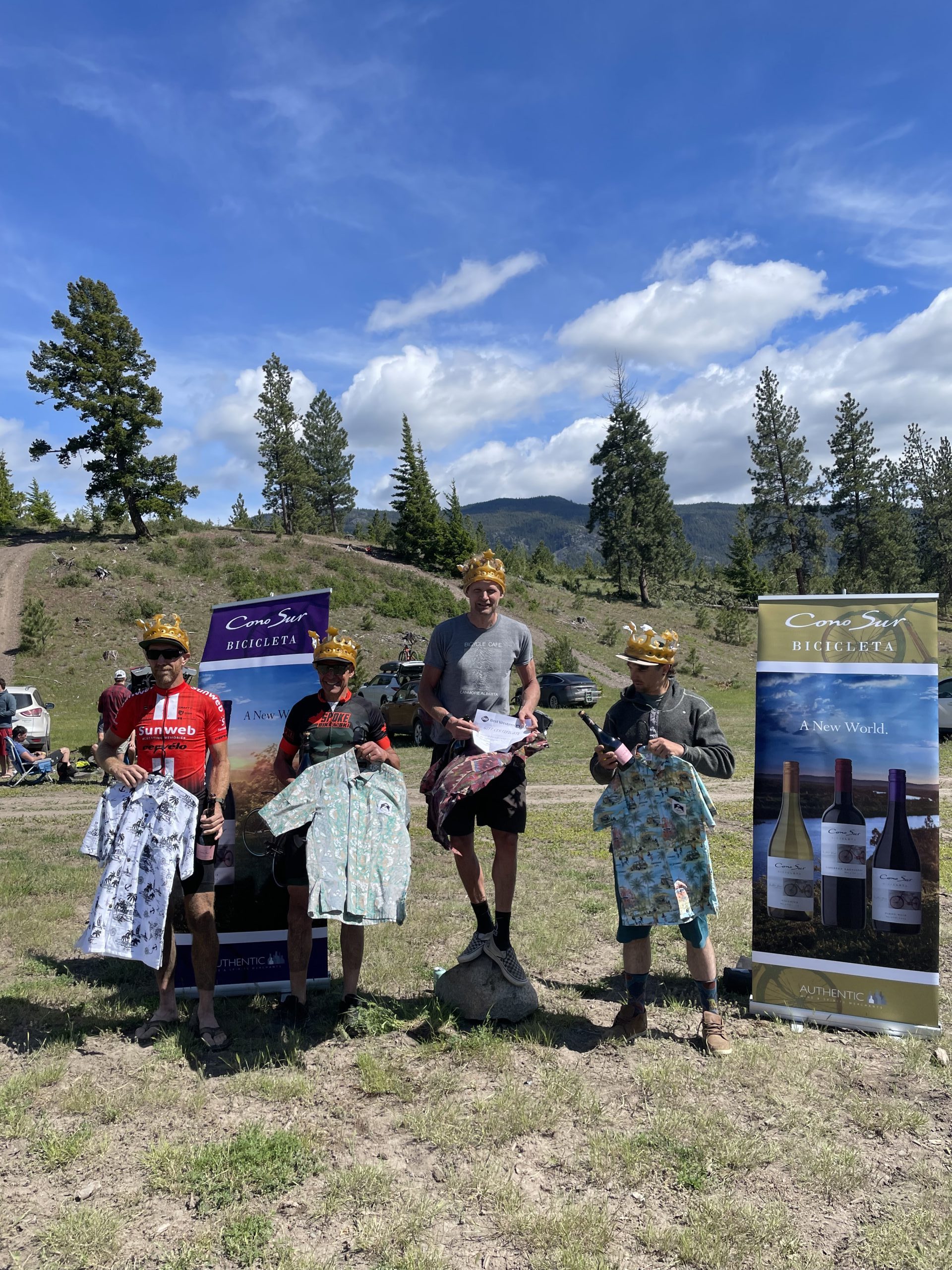 The race is in its fifth year, and originated from a two man ride consisting of Oborne’s son, James, and Lennard Pretorious.

“It started as a celebration in year one of the Canadian sesquicentennial in 2017,” Oborne recalled.

“I put together this trail and two fellows raced on it the first year and then we decided to make it into a race to promote tourism and the Merritt economy.”

Oborne was very pleased with this year’s turn out and boasted about Merritt’s trails.

“I ride all over Western North America, and our trails are good,” he exclaimed.

“They stand up to most communities, not so much from the perspective of machine built trails like the ones in Whistler, but from a scenery, and weather point of view.”

While the event saw dozens of out-of-town folk compete, there were also local talent that were on display. Jordan Pher, finished third place at the event’s 60 km race called the Tiara, while Sean and Jessie Strang finished first at the team event. 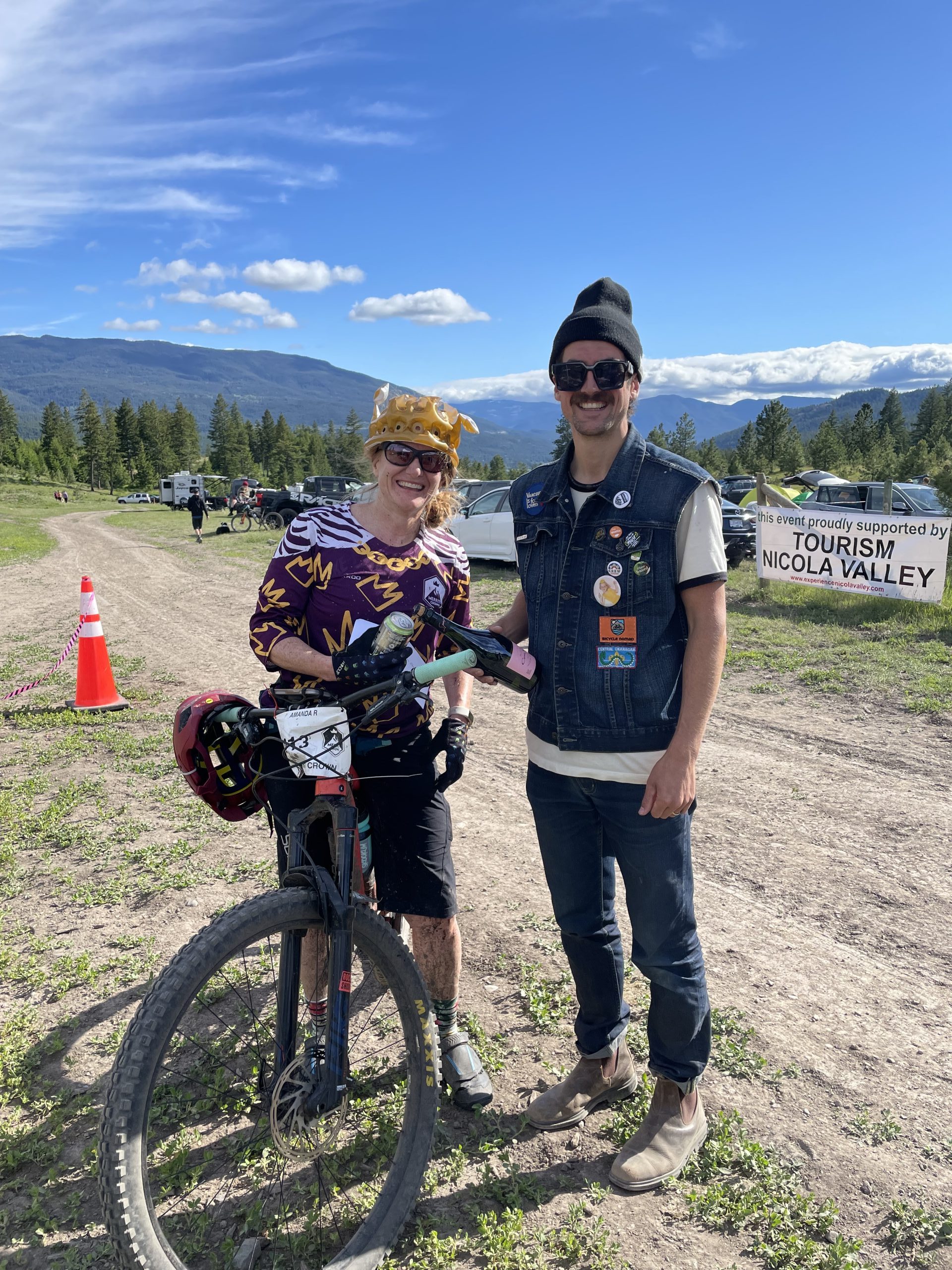 After the race, event volunteers were treated to an appreciation dinner, courtesy of Mr. Mike’s. Oborne says these volunteers are crucial to the success of the Crown.

“They’re very essential,” he exclaimed. “In the past, we have donated the funds that we’ve raised be
cause there isn’t anybody being paid, We’ve donated it to the maintenance and development of Merritt Trails.”

Usually donating for trail maintenance, the Crown this year will donate to another cause. All proceeds from the race will go towards flood relief to be donated to the Merritt Rotary Club.

“We want to help out in the little way that we can,” said Oborne. “Every little bit helps, and we feel that it’s appropriate for this year’s race.”

Along with volunteers, Oborne is very thankful for all the sponsors who contributed to this year’s race.

“The city helped us, the Nicola Valley Tourism helped us, all kinds of people stepped in and said ‘hey what a good idea! Let’s promote Merritt,” he explained.

“That’s the whole essence of it; promote good health, mountain biking, and Merritt in particular.”

With this year’s race being a success, Oborne is hoping to make next year an even better outing.

“We’re looking for a bonafide society to come in and take over because the race is now at a point where, it needs some guidance from an actual registered society.”

The 2023 Merritt Crown is set to take place on the third weekend of June next year. For updates, please visit https://merritt-crown.mailchimpsites.com/.