ALBAS: Where do we go from here? 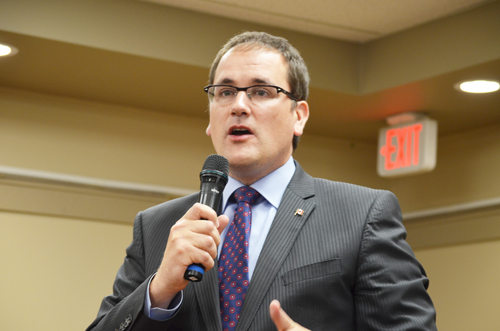 My last report to you as your Member of Parliament was Wednesday, August 11th, 2021.

While that was just six weeks ago it is remarkable what has happened in that time.

Locally we have witnessed unprecedented wildfire activity, both here in the Okanagan, as well as across British Columbia.

Smoke and even ash filled our valley bottoms in ways not previously experienced.

Internationally we witnessed the Taliban take over Afghanistan, leaving many citizens who had helped Canadians behind.

Vaccine passports are now in use in British Columbia and in other parts of Canada, while our intensive care unit beds are fast filling up with citizens infected with COVID as the Delta variant spreads in this fourth wave of the pandemic.

Despite all of these things going on, Prime Minister Justin Trudeau also decided now would be a good time to call an election in his quest for a majority Government.

As we now know, six weeks and $610 million dollars later,Prime Minister Trudeau’s gamble for a majority was unsuccessful.

On that note I would like to sincerely thank the many citizens of the Central Okanagan-Similkameen-Nicola riding for your vote and support in this pandemic election.

I would also like to thank the other candidates as well as the many volunteers who help run our campaigns and do their part for our Canadian democracy.

While the at the federal level this election has been described as being very divisive, and even angry, at the local level our online debates were always civil and constructive.

Where do we go from here?

Parliament will need to be recalled, a new Speaker elected, and a new throne speech delivered.

The throne speech will be of particular interest given that this new Parliament will be a strong minority in favour of the Liberal Government.

This is fundamentally the same situation that existed in the previous Parliament.

This means that the upcoming throne speech only need accommodate the interests of one opposition party although there is nothing preventing the Prime Minister from offering up potential legislation that may be supported by the other parties.

At this point we do not have a date when the Prime Minister intends to recall Parliament.

My question this week:

Are you satisfied with the results of this pandemic election?

MP REPORT: The politics of who vs. what