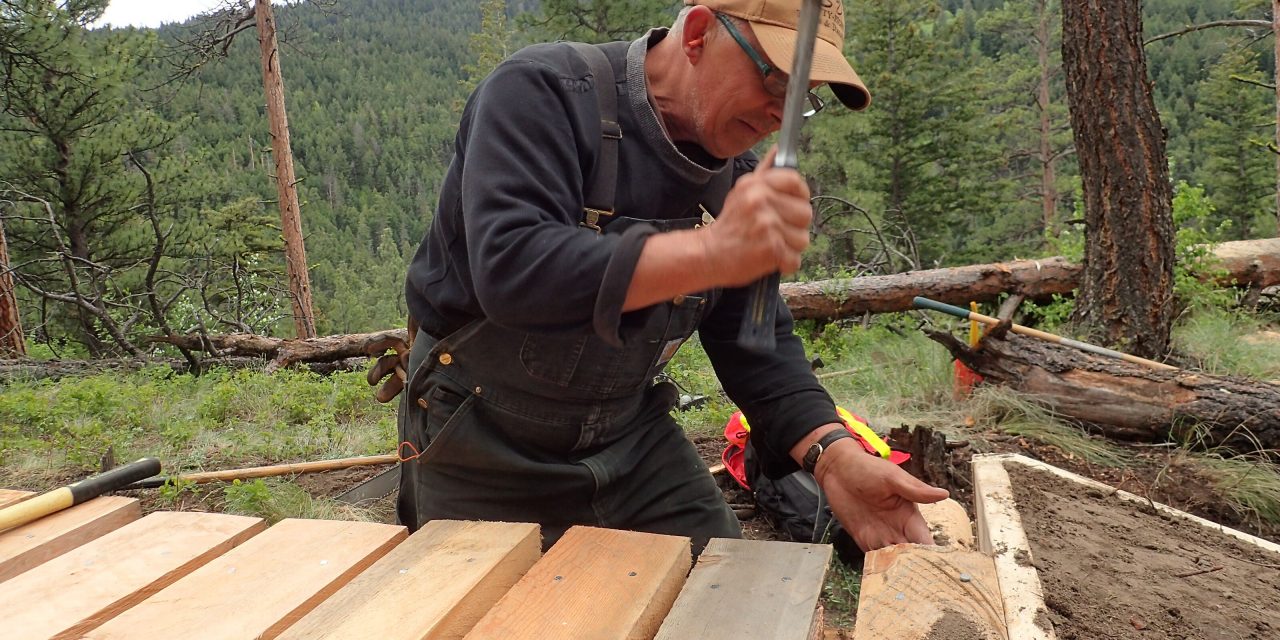 Original trail builder Ed Zumino constructs a wooden jump for the Ridge Trail, which is now ready for riders to enjoy. (Photo contributed).

A 12-year-old mountain bike trail on Merritt’s Iron Mountain looks better than ever thanks to a $10,000 donation from Bass Coast festival and a crew of hardworking volunteers who spent the weekend getting their hands dirty in the hills above the former B.C. Visitor’s Centre.

Leaders behind the electronic music and art festival saw the opportunity to upgrade the Ridge Trail as a way to bridge the gap between the festival and the Merritt community, and to grow the number of visits the Bass Coast community makes to the Nicola Valley year-round, said Bass Coast’s Zan Comerford.

“Both of the co-founders of Bass Coast love mountain biking. It’s a really big part of their lives and the lives of so many people who come to Bass Coast.” – Zan Comerford

The upgrades bring aspects of the trail up to the standards of a Whistler black diamond trail, she added, and investing in such a project hits home for the festival leaders.

“Both of the co-founders of Bass Coast love mountain biking. It’s a really big part of their lives and the lives of so many people who come to Bass Coast,” Comerford said. “And we’re just so appreciative to be welcomed into the Merritt community that we wanted to give back.”

“My connection to nature is the driver behind why I love my bike. However, spending time in the mountains with my son Jet (12) and watching his passion and abilities grow is why I wanted to make this connection in Merritt,” said co-founder Liz Thomson. “Bass Coast has strong core values related to building healthy communities around art, music and nature. The Ridge Trail is a common thread we have to the Merritt community that reaches past the festival.”

The Bass Coast crew teamed up with the Merritt Mountain Biking Association — in conjunction with Mark Wood and the Trail Holistics Builder Brigade — to bring new life to the trail, making it a “world class asset” for the community.

“It feels like a natural fit to help facilitate trail improvements and help to raise the profile of mountain biking in the area through the festival’s international reach,” said Bass Coast co-founder Andrea Graham.

The Builder Brigade in action. 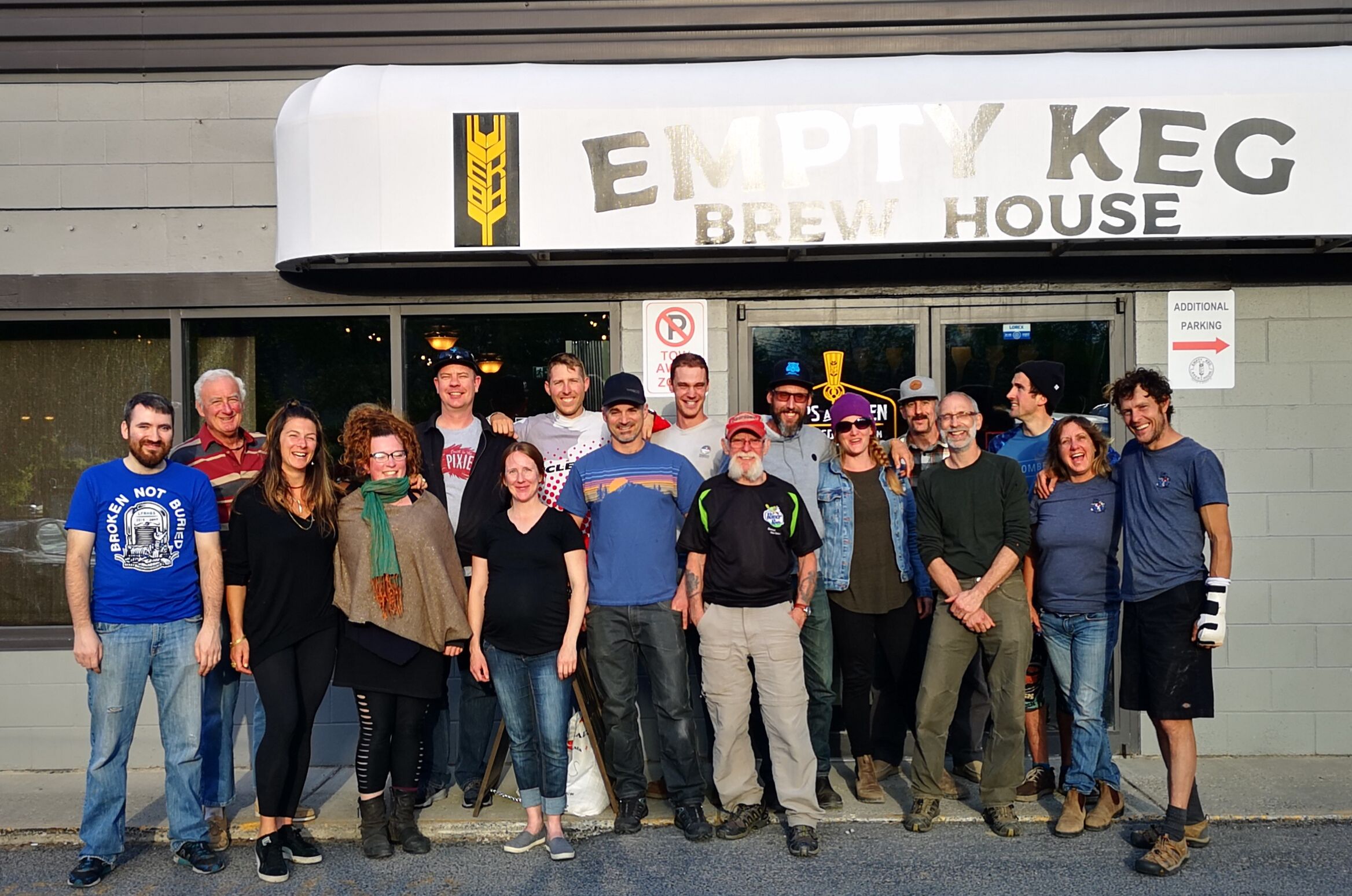 The team behind the restoration project enjoys a brew after a hard day’s work.

Wood has been in town this month working with volunteers to refurbish the Ridge Trail. He stopped by city hall on May 14 to urge council to see the benefits of trail development and upkeep — something he has made his full time job.

The benefits of investing in trails are numerous, he said, and include the health and wellness of the people who use them, as well as tourism and employment opportunities. 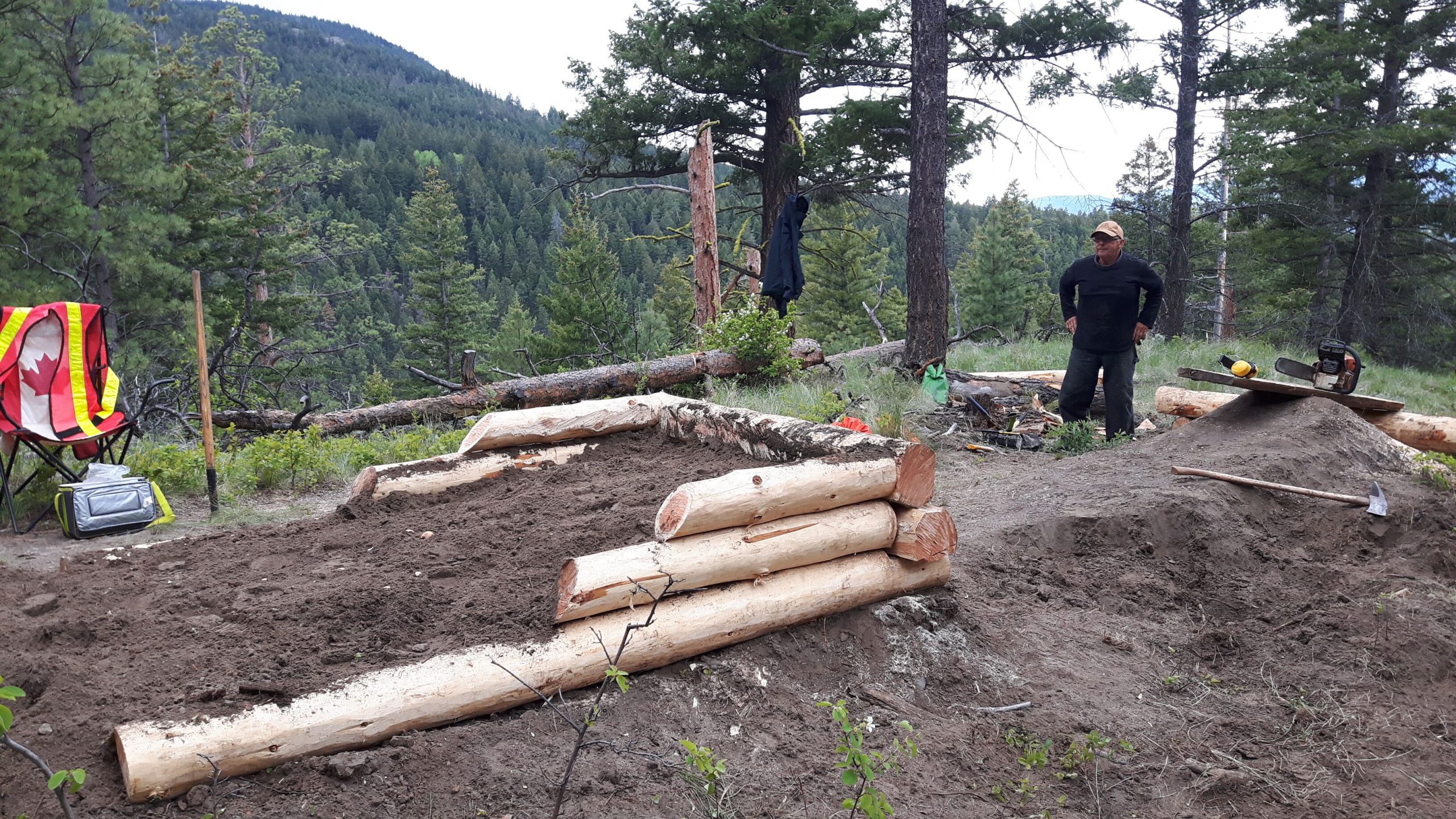 Ed Zumino works on constructing a wooden jump for the Ridge Trail, which is now ready for riders to enjoy. 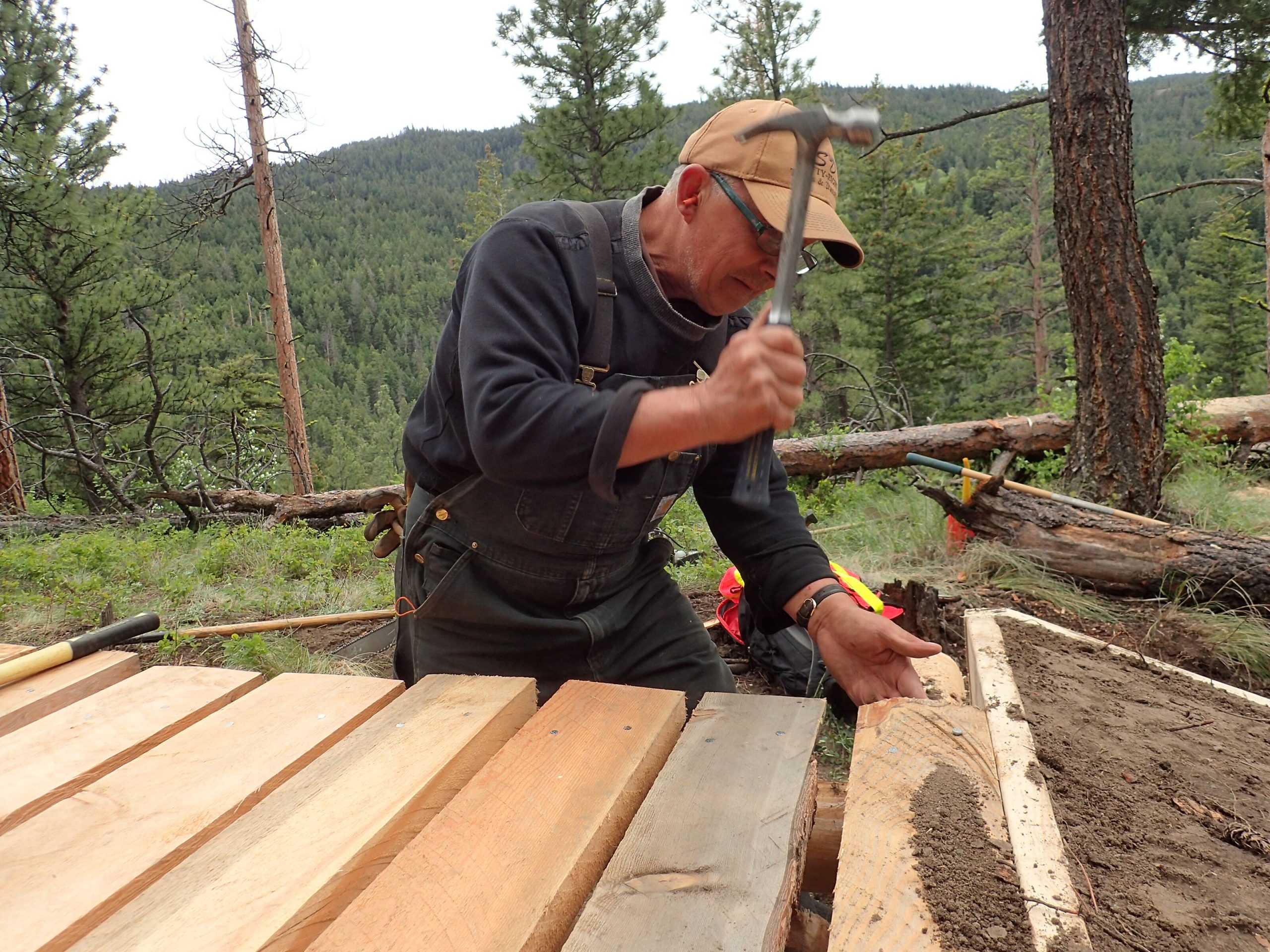 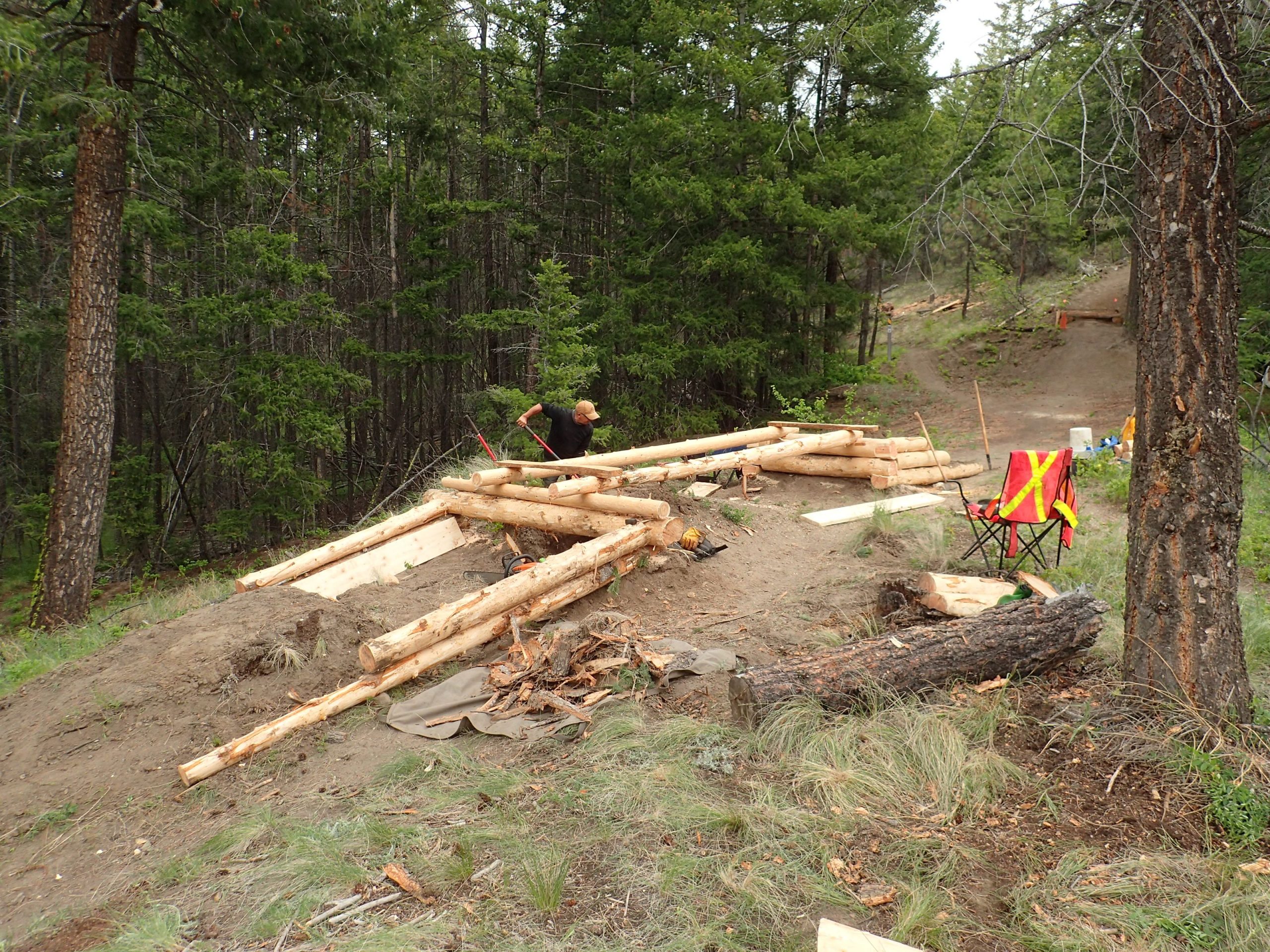 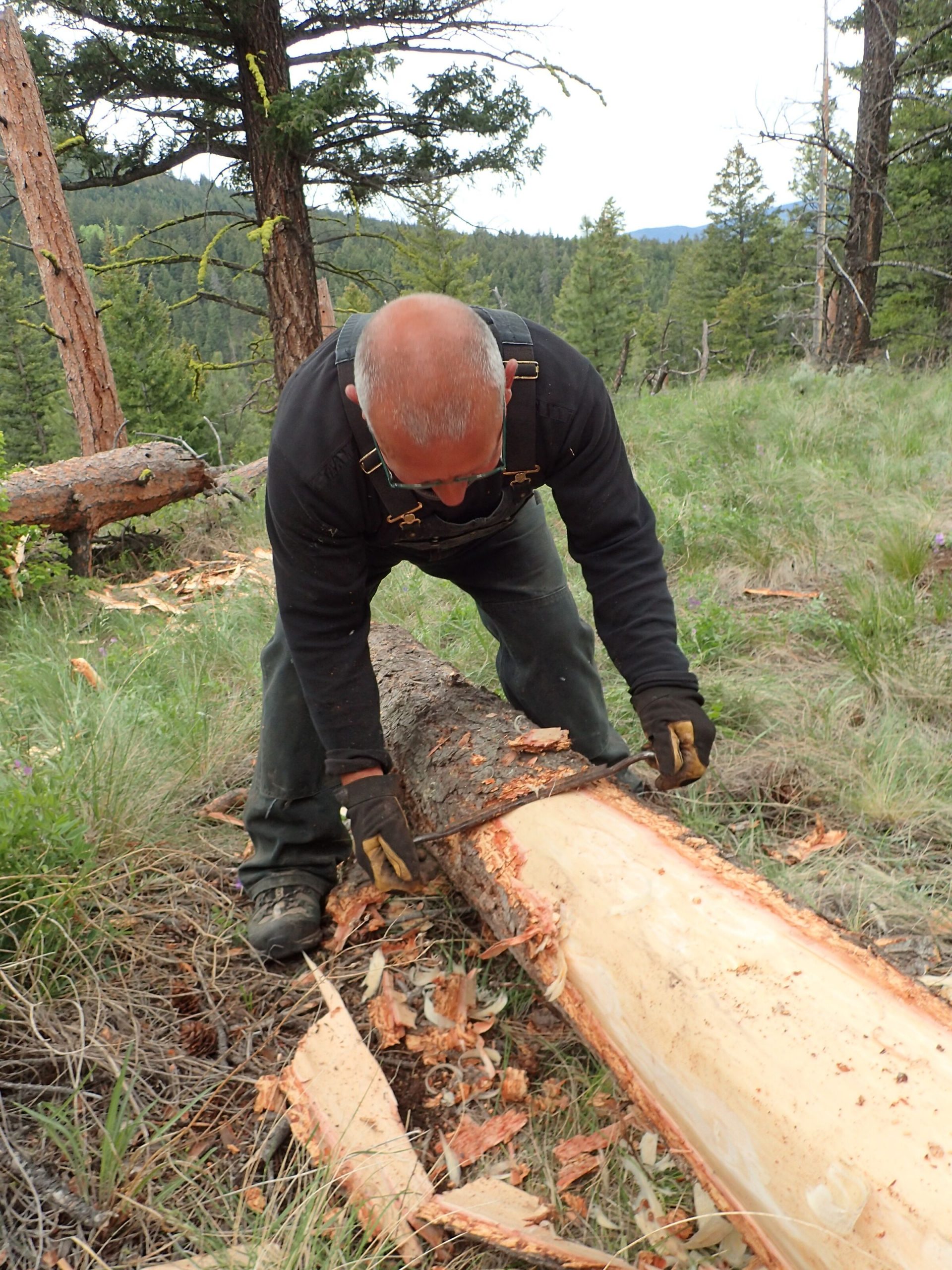 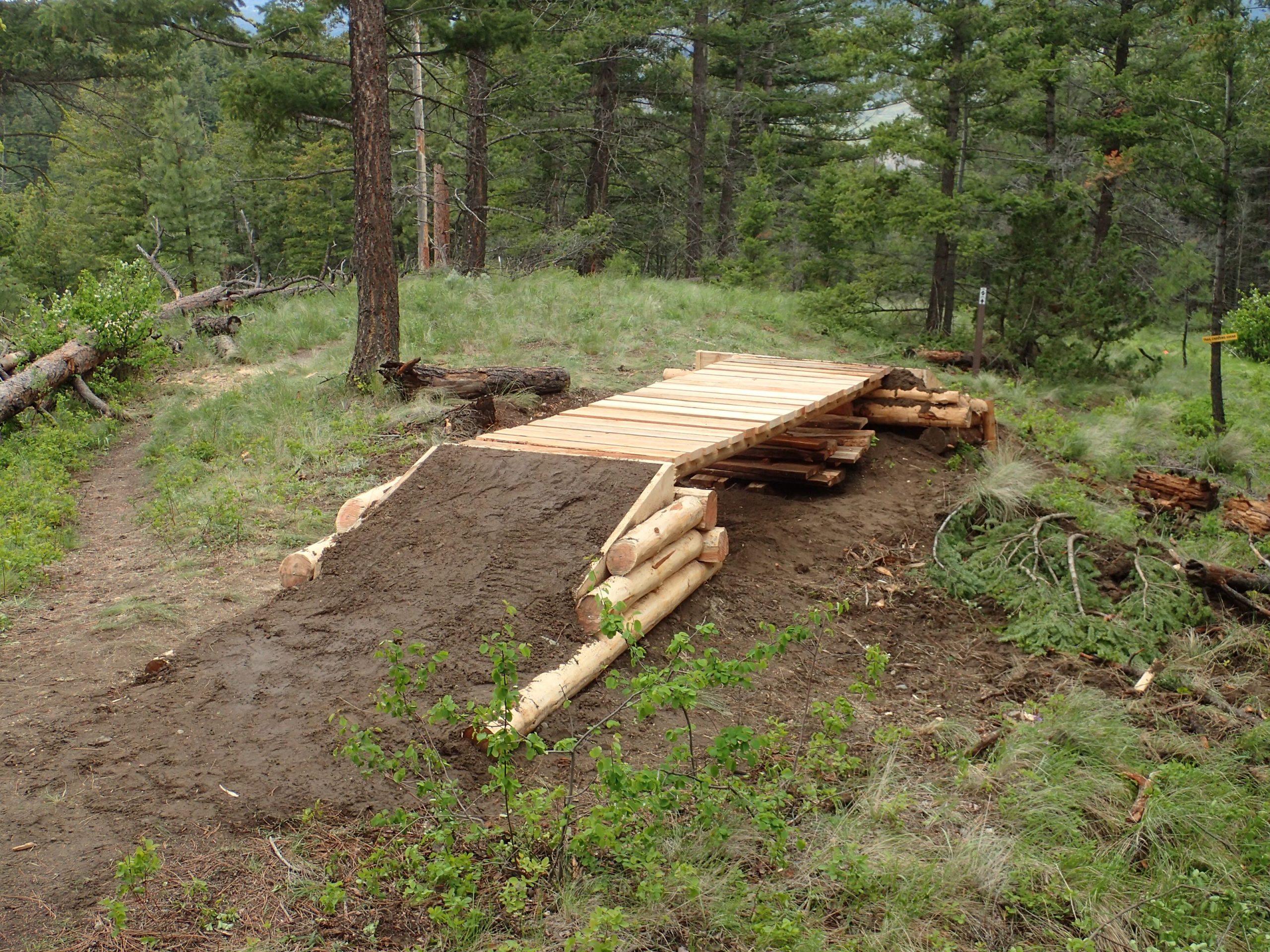 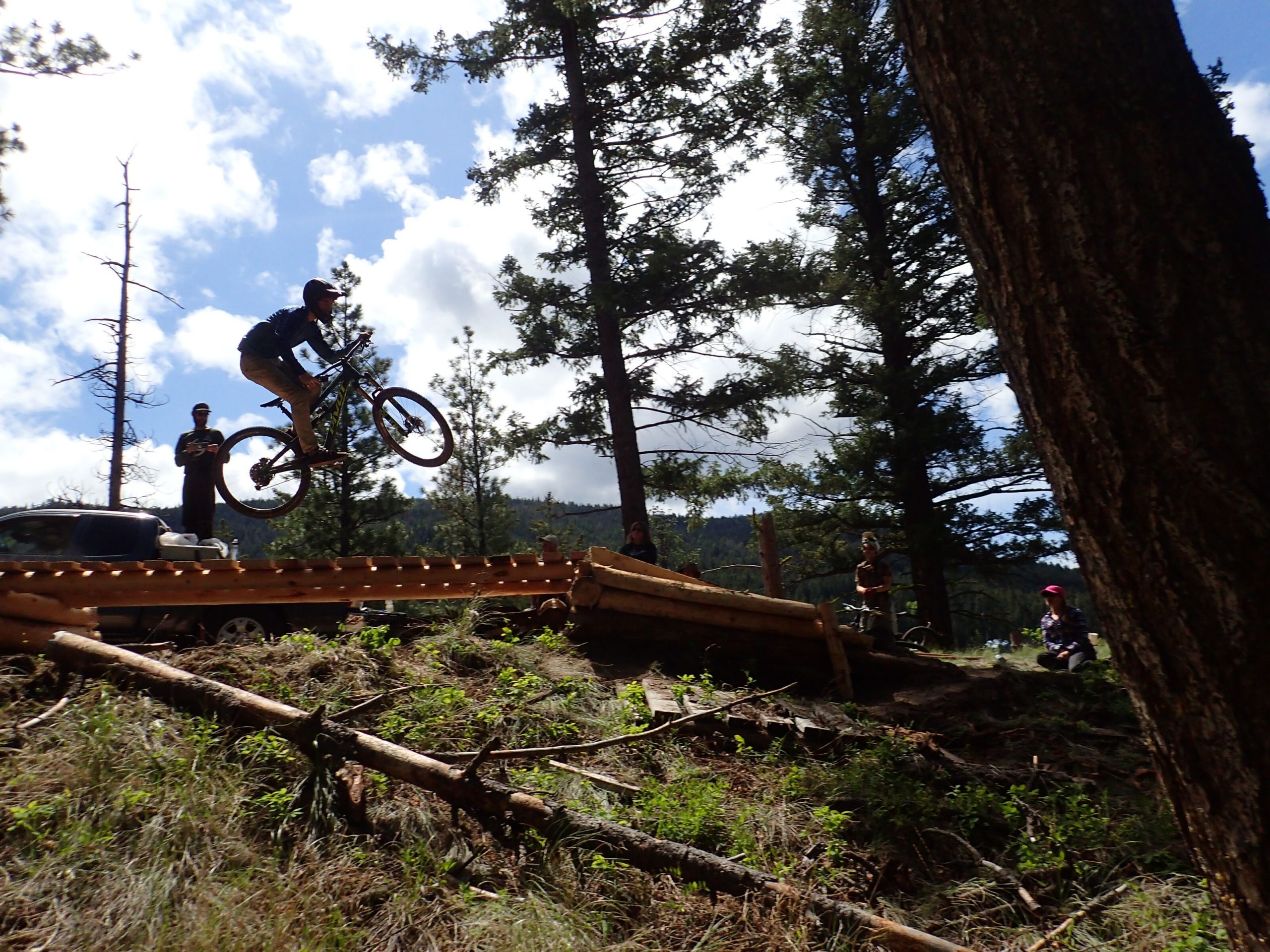 “The big advantage that you have in Merritt that you may not be aware of is that you already have these trail networks that were developed by some very talented local trail builders over the past 20 years,” he told council. “To build a real substantial trail network, unless you have got hundreds of thousands, if not millions of dollars, it takes decades — and the hard work is already done here.”

Local trail builder and riding enthusiast Ed Zumino built the original Ridge Trail over 10 years ago, and said he was happy to revisit the project this past week.

Spotting Zumino up in the hills working or riding is a regular occurance for local mountain bikers.

The Herald caught up with Zumino while he took a break from doing maintenance on another trail on Iron Mountain this week.

A key focus of the recent upgrades to the Ridge Trail was to add more “flow” — a riding preference that has developed over the past decade, he said.

When asked how he got into trail building,  Zumino said it wasn’t too long ago he was left searching for the types of trails he wanted to ride in the area — so he took matters into his own hands and built them himself. 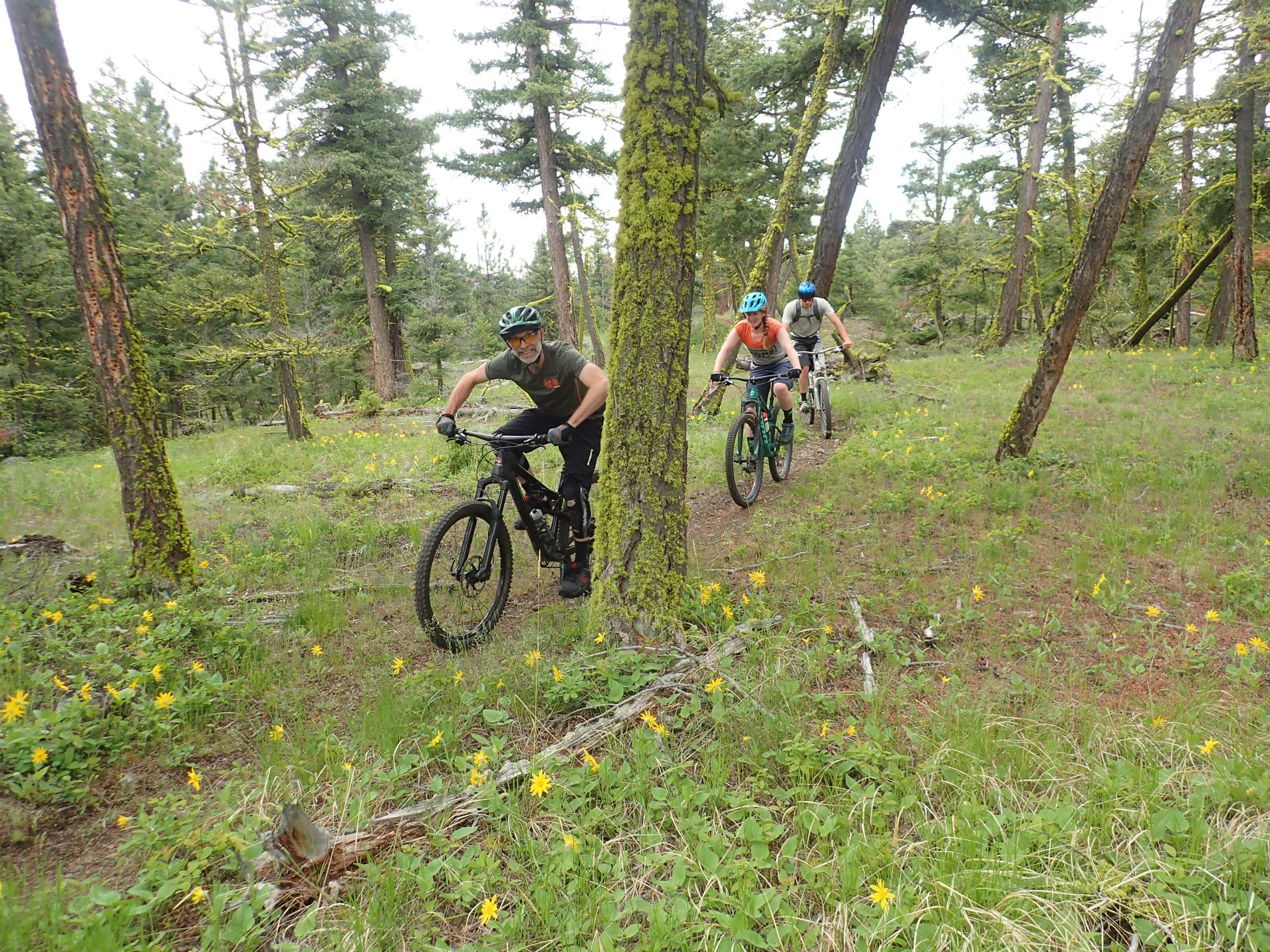 “Back in the day we only had the Cow Trail and that was more of a quad trail so it was time to develop some kind of a network up on Coutlee [Plateau]. And then I quit building up on Coutlee because of all the motorcycle action,” he said, noting motorized bikes damage the infrastructure.

“We’re constantly fixing fences because [motorcyclists] cut them,” he said. “They come off of Fox Farm Road, down Godey and then into here and it’s a shame because Bass Coast just spit out $10,000 and Mark and I have spent hours and hours developing this and all we need is a motorcycle to come up here once or twice to make it look like it’s garbage.”

It’s more than a nuisance, but a safety concern as well, he said.

“Bass Coast just spit out $10,000 and Mark and I have spent hours and hours developing this and all we need is a motorcycle to come up here once or twice to make it look like it’s garbage.” – Ed Zumino

“In particular the ridge, it’s a really nice, consistent elevation drop, it is very flowy. And for a motorcycle, for them it’s no fun to come down so they go up it,” he said, noting they sometimes get stuck in tight corners doing this and spin out, creating a safety issue for bikers coming down the trail. “There was one particular area last year there was a foot divot in an area where you come down, fairly fast, into a corner, and then if you were to wipe out you end up in the brush, impaled on a stick or tree probably.”

Zumino admitted the struggle seems to come with the territory of managing mountain bike trails. 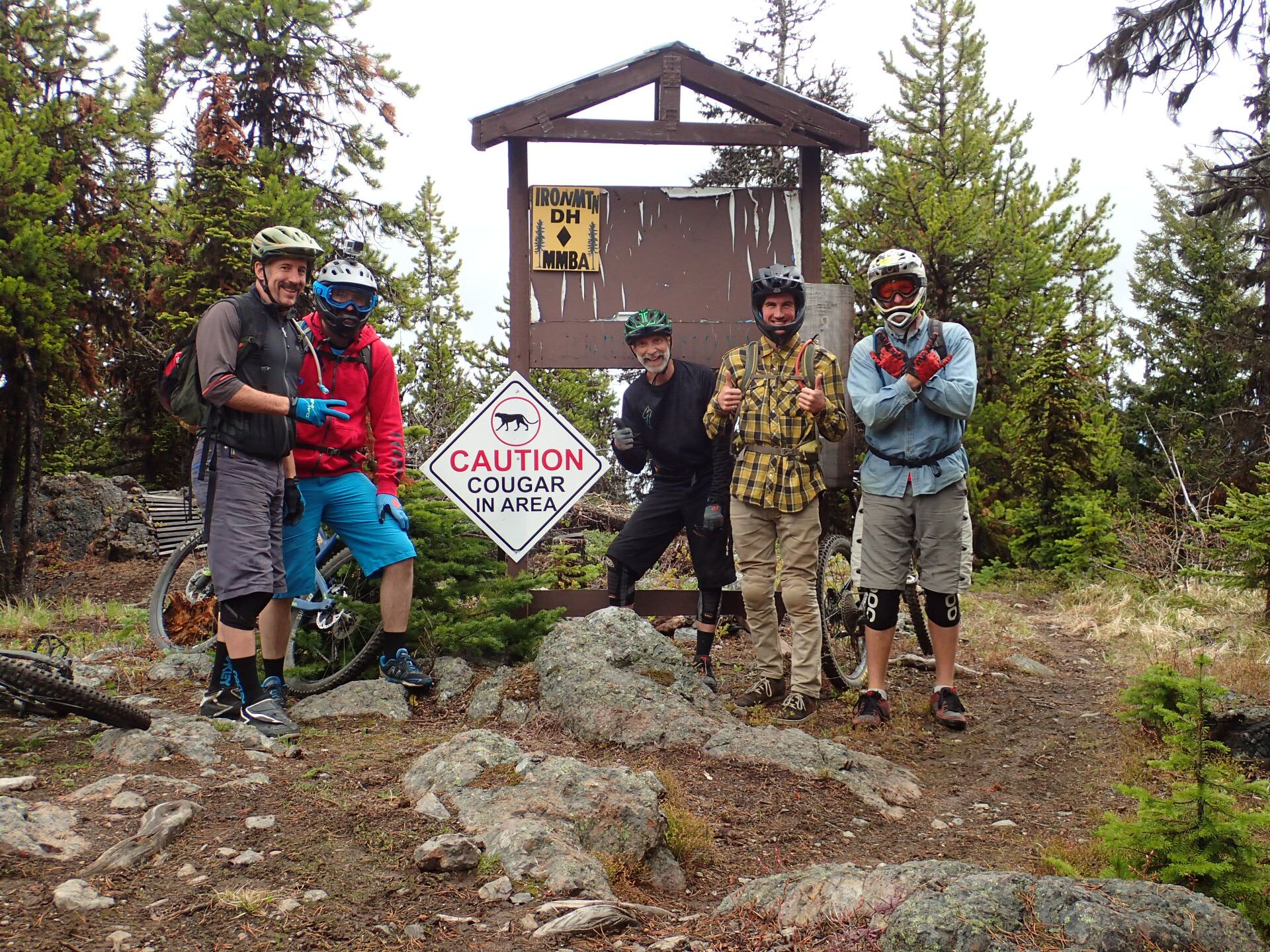 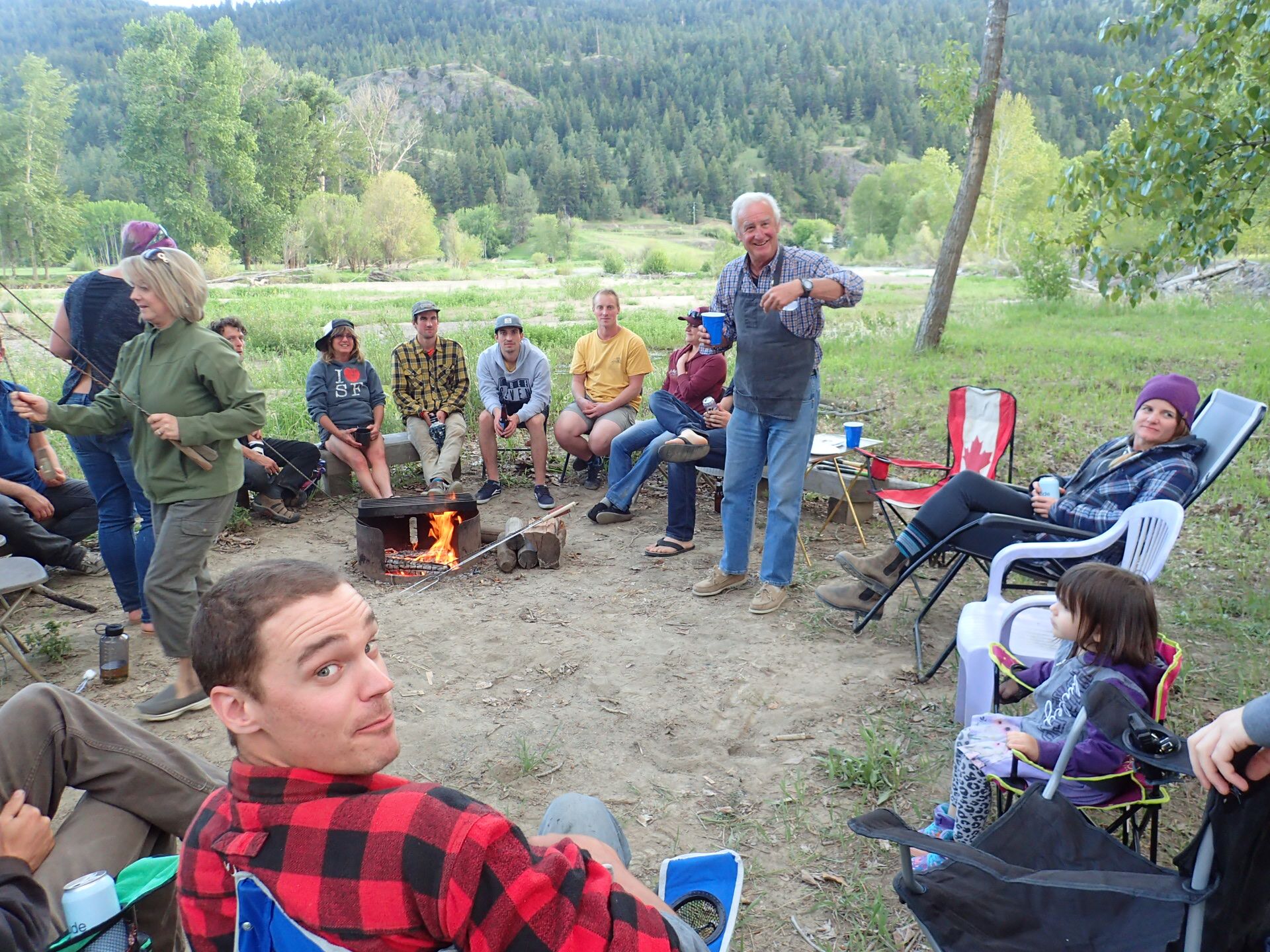 Despite the challenges, Wood encouraged council to recognize the tourism and economic benefits associated with developing and protecting them.

“I’m seeing trail builders making a living making trails and caring for the assets that Destination BC is marketing around the world,” Wood said. “So you can see if we can close this loop, embrace it, invest in it, it has this echo effect in the community.” 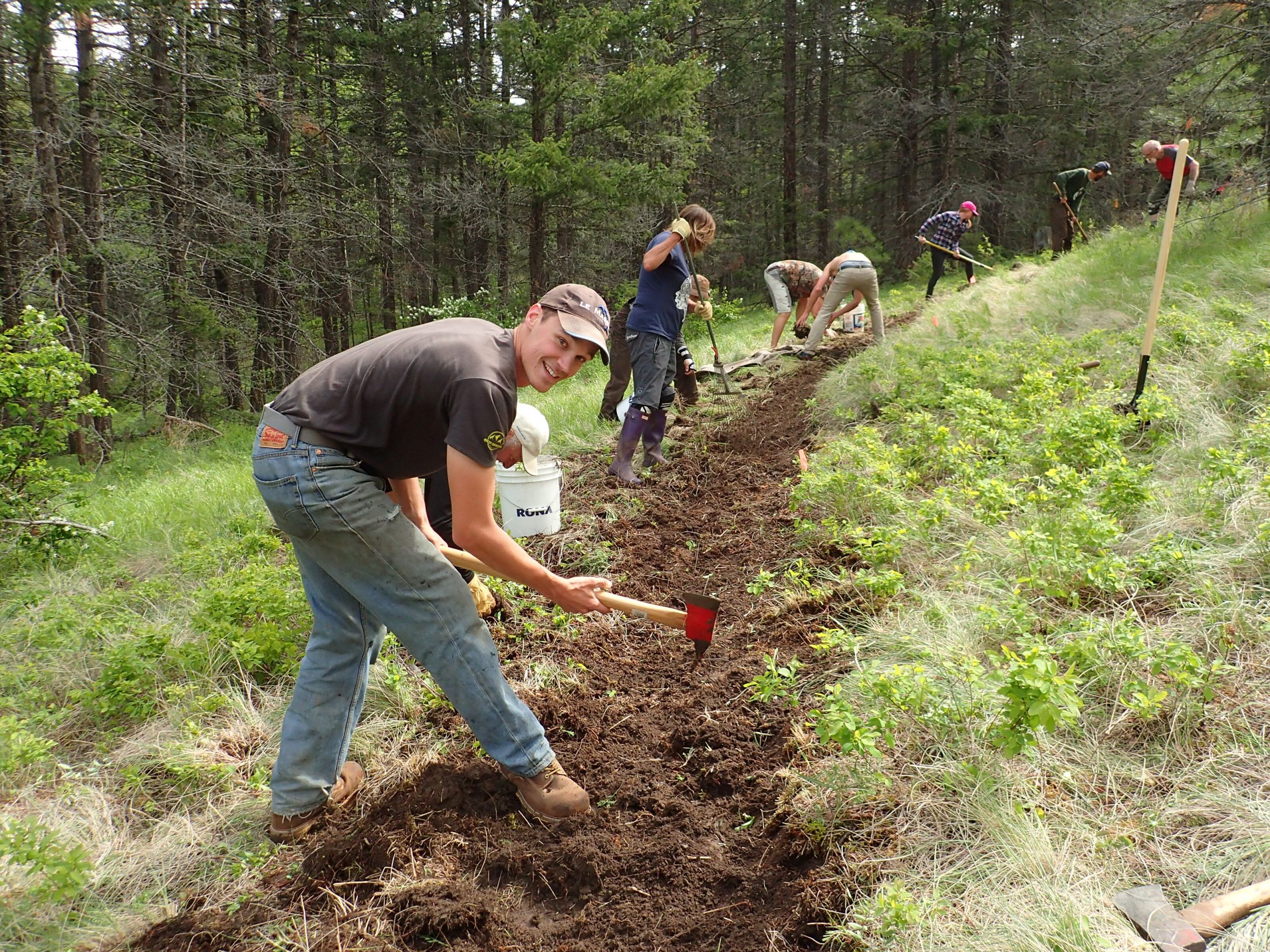 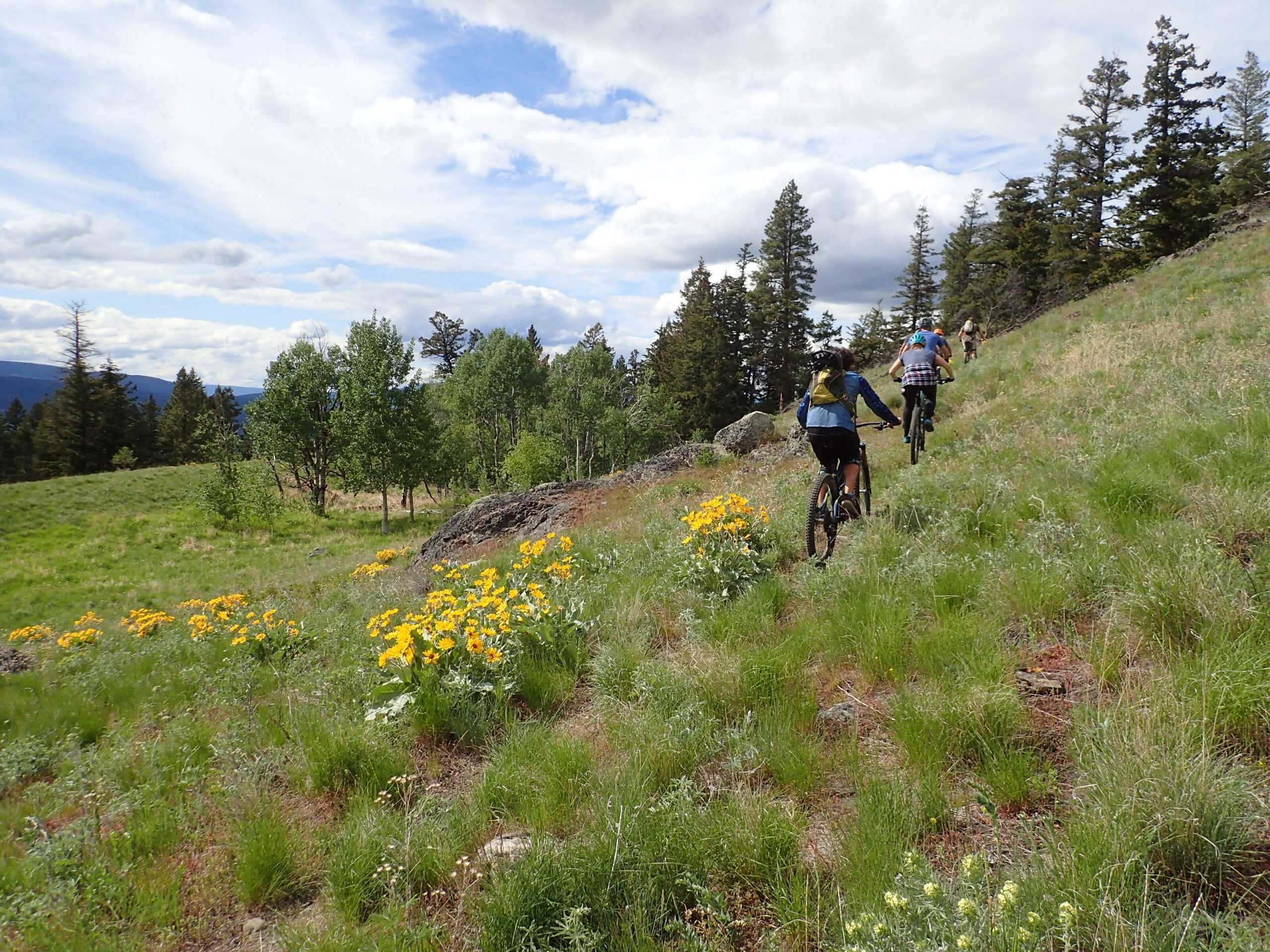 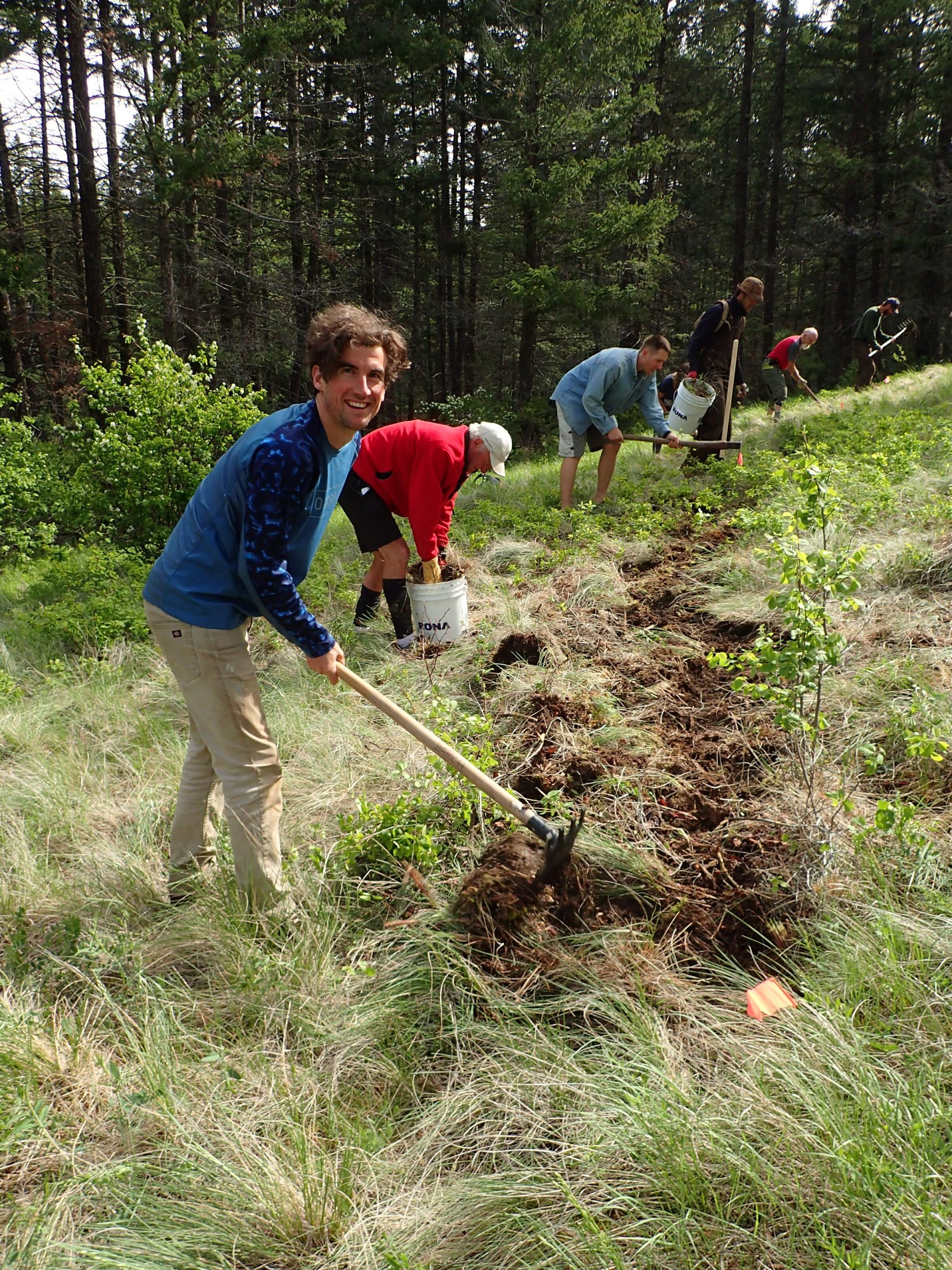 Merritt’s “sleeping giant status” is on the verge or transformation as more people discover the Nicola Valley and all it has to offer, Wood said, and top-notch mountain biking is at the top of the list.

“With Bass Coast choosing to headquarter themselves here, it’s pretty exciting to see the turning of the tide and these new opportunities  — what I can refer to as this new economy,” he said. 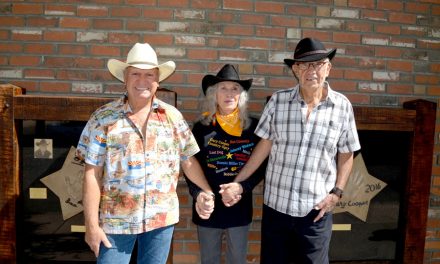 Local flavour added to the Walk of Stars 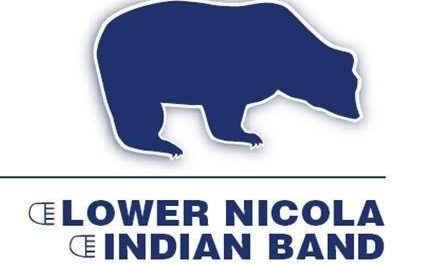 Results from the LNIB elections 2022 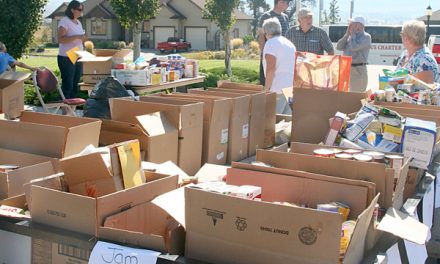