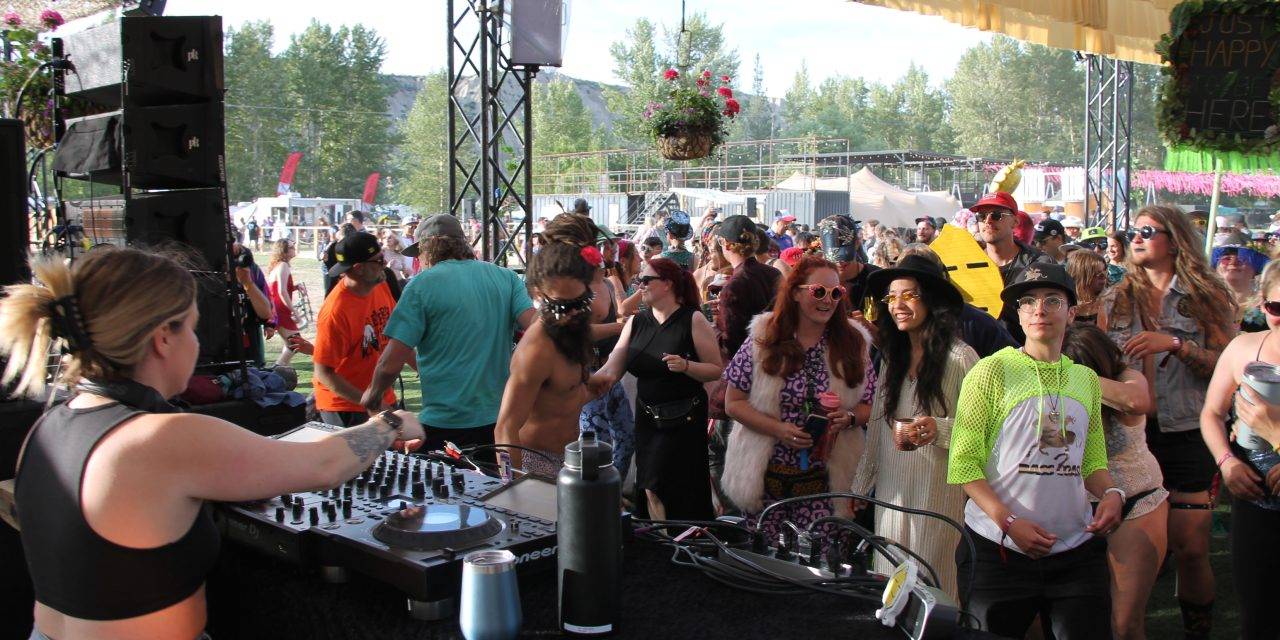 Though the holiday season had just passed, electronic music festival Bass Coast is still in the spirit of giving. Releasing the sixth volume of their annual compilation album titled ‘12 Days’, the festival will once again donate proceeds to the Nicola Valley and District Food Bank, helping feed the people of Merritt, Bass Coast’s host city.

Teaming up with artists, Bass Coast have created a compilation album titled ‘12 Days Vol. 6’ and released it for purchase on Bandcamp.

“We’re honoured to be a part of the Merritt community.” said Bass Coast Co-Founder Liz Thomson. “12 Days is our way of saying thank you and to give back to the incredible people who call this region home.”

Since 2015, Bass Coast have been releasing compilation albums for a cause, their first recipient being West Coast Environmental Law.

“We wanted to create a compilation that featured artists that had played at Bass Coast before,” said Bass Coast Co-Founder Andrea Graham. “We usually release the album during December as sort of our gift to the community, and also to fundraise for a cause.”

The tradition stopped after its first year, but was picked back up in 2018 and has been done every year since. Artists that have performed at a Bass Coast stage are invited to submit their work to be featured in the album.

“The compilation highlights the artist and we try to have a mix of them that are both well established and up and coming,” said Graham.

“We are a homegrown festival, and most of the artists on the compilation are also homegrown, based in B.C. or other parts of Western Canada. Through this platform, we hope that it helps set the stage for their careers to also grow.”

For this year’s album, Bass Coast collaborated with a great assortment of artists to form a 12 track compilation, featuring Juno Awards winners like Tor and DJ Shub.

“The people that are truly donating to the cause are the artists,” Graham noted. “They are the ones creating this work which raises the funds. Neither the artists or Bass Coast are taking away from the profits made by this project.”

For the past three years, the Nicola Valley Food Bank has been the recipient of the proceeds from the 12 Days album sales.

“We have huge gratitude towards them for doing this,” said Food Bank Manager Derlanda Hewton. “We appreciate that they are open to helping through sharing their music and raising funds.”

Hewton said that last year’s donation of $2500 was a big help for the Food Bank to afford six weeks worth of vegetables.

“It helps us provide our services to the community,” she said. “They absolutely give back to the community. We’re fortunate to have been the recipients of this for the past few years and I’m sure there are plenty of others in the community who have benefited as well.”

After releasing the album, Graham said that Bass Coast spends weeks promoting it before they collect the proceeds and gives it to the donee.

The full compilation is available for preview and purchase here: bit.ly/12DaysVol6_  This year’s festival will be taking place on July 7 – 10. Bass Coast Festival’s 2023 lineup and creative curation are currently underway.