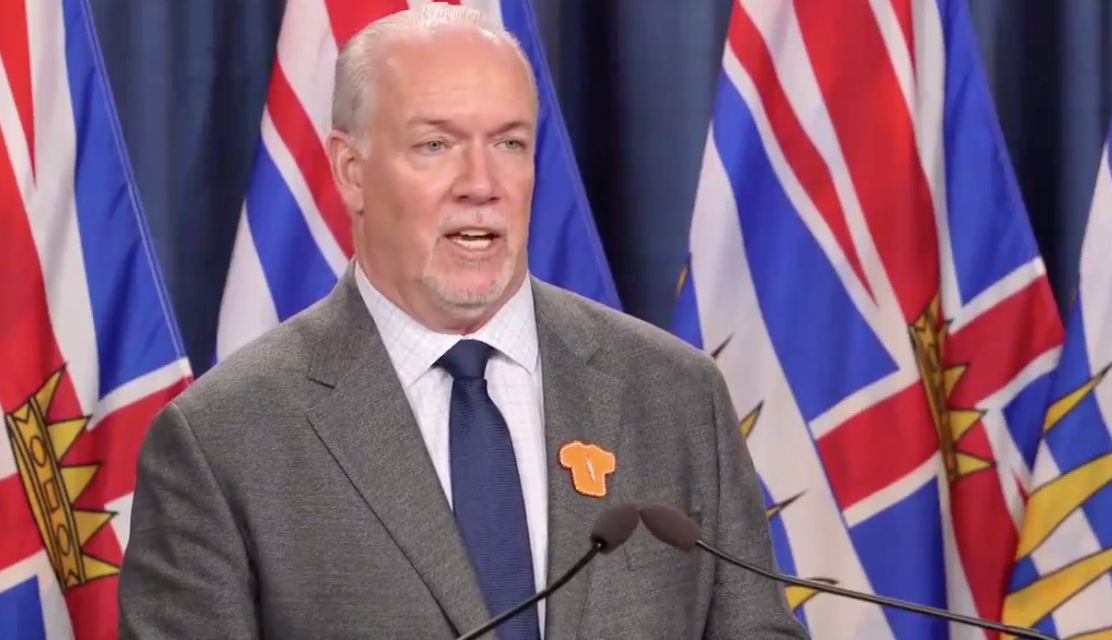 British Columbia’s Premier and leader of the BC New Democratic Party (BC NDP), John Horgan, has announced he will not seek re-election, and will resign his post after an upcoming party leadership election to decide his successor.

Becoming Premier in a deal with the BC Green Party after Christy Clark’s BC Liberal minority government lost confidence of the BC Legislature in July of 2017 following a provincial election, Horgan went on to win a landslide victory in the 2020 provincial election. His New Democrats captured 57 of 87 seats at the BC Legislature in Victoria. Despite this, Horgan had his second bout with cancer last year, and says his energy is flagging.

“I am proud to say I’m cancer free. While I have a lot of energy, I must acknowledge this may not be the case two years from now. Therefore, I have decided not to run again in the next election,” said Horgan.

Horgan serves as the Member of the Legislative Assembly (MLA) for the coastal riding of Langford-Juan de Fuca, a role he says he looks forward to continuing and focusing on for the rest of his term. After much consultation with both members of his family and his cabinet, as well reflecting on his personal health problems, Horgan said he reached the decision to make way for new leadership during a stressful and uncertain time.

“As we reach the midpoint of our second term, it is clear the tasks ahead of us are enormous and will require a leader focused on the next two years and beyond. A second bout with cancer and dozens of radiation treatments has led me to take stock.”

Horgan will stay on in his full capacity as Premier until a BC NDP leadership race has selected a new leader, likely in the fall. He said he is focused on tackling urgent issues such as the increased cost of living and stresses on primary care in BC. Horgan thanks the people of BC for offering their best wishes, and the healthcare workers who aided him in his journey.

“I will stay on as Premier until my successor is chosen. I will continue to do my level best to make politics work for people. This includes pushing the federal government to fund their fair share of health-care costs so we can make our public health-care system work better for everyone,” added Horgan.

No one has officially declared their intention to run for the position Horgan is leaving vacant, although the date and parameters for a BC NDP leadership election have not yet been set.