BC reacts to 2021 summer deaths report 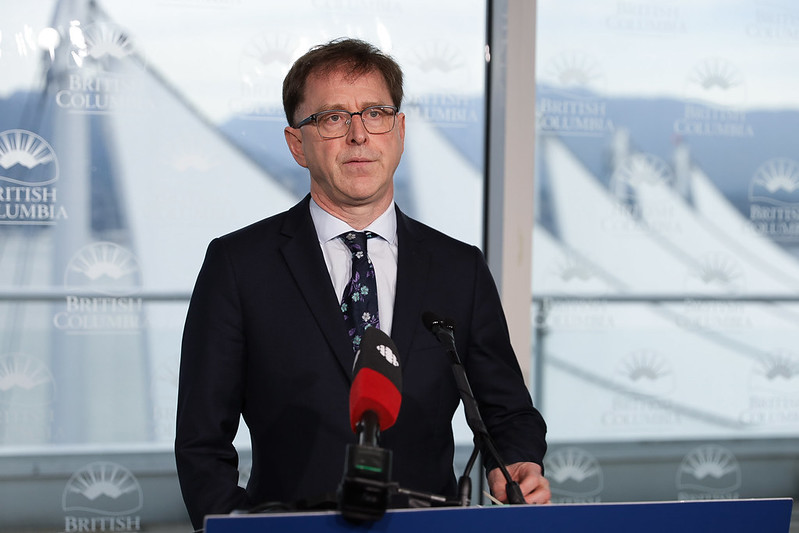 The recent BC Coroners Service’s Review of Heat-Related Deaths in B.C. in Summer 2021 report has profoundly impacted BC. 619 recorded deaths due to extreme heat were confirmed. Mike Farnworth, Minister of Public Safety and Solicitor General, and Adrian Dix, Minister of Health, held a press conference on Tuesday, June 7, to discuss the recent report.

“We are saddened by the confirmation that 619 people lost their lives due to heat during the unprecedented heat dome in summer 2021. Our hearts go out to the families and friends who continue to grieve the loss of a loved one.

“After last year’s tragic heat dome, and the increasing impacts of climate change, it was clear we needed to work together to be prepared for heat events, particularly extreme heat emergencies, and we thank the Heat-Related Death Review Panel for its recommendations on how the provincial government can do that.

“Many of the recommendations within the panel’s report that are addressed to the Province are complete or underway. The Province has implemented a provincial co-ordinated heat alert and response system, the BC Heat Alert and Response System, which alerts people, First Nations governments and local governments of heat warnings and extreme heat emergencies, and lays out actions to be taken by provincial government agencies to keep people safe. The system is ready to be used this summer and includes the potential to issue broadcast-intrusive alerts through Alert Ready to notify people about extreme heat emergencies.”

A heat dome is defined as the trapping of heat in an area due to high-pressures in the atmosphere. The 2021 extreme heat emergency took place between June 25 and July 1. The event caused record high temperatures of 44.5° celsius in Merritt on June 28, fortunately the BC Coroners Service told the Herald that there were no deaths due to extreme heat recorded in town.

The Province has already responded according to the recommendations of the review. The new BC Heat Alert Response System was recently released to inform British Columbians of the next heat warning or extreme heat emergency.

BC Emergency Health Services is also responding to the recommendations by taking steps towards improving their emergency response.
“The Ministry of Health is continuing to work on identifying and supporting populations most at risk of dying during extreme heat emergencies, such as people with chronic illnesses or who have limited mobility. For example, health authorities have provided resources to home-health staff about when it’s important to conduct wellness checks, signs and symptoms of heat exhaustion and how to respond.

“Additionally, we have published the multi-language Prepared BC Extreme Heat Preparedness Guide with tips and resources on how people can keep themselves and their loved ones safe during extreme heat emergencies.

“All recommendations within the BC Coroners Service’s report will be carefully reviewed and considered.”

Extreme Heat and Human Mortality: A Review of Heat-Related Deaths in B.C. in Summer 2021 was recently released by the BC Coroners Service. During the week of the extreme heat event, the BC Coroners Service responded to a sudden and significant increase in reported deaths. More than 800 deaths were investigated between June 25 and July 1, with 619 deaths later identified as heat-related.

“It was important that we focus both on the immediate threat and on longer-term prevention strategies, and the final report includes measures that can be actioned now and changes to be made in the years to come.”

To read the full report, please visit the following link: Extreme Heat and Human Mortality: A Review of Heat-Related Deaths in B.C. in Summer 2021:
https://www2.gov.bc.ca/assets/gov/birth-adoption-death-marriage-and-divorce/deaths/coroners-service/death-review-panel/extreme_heat_death_review_panel_report.pdf