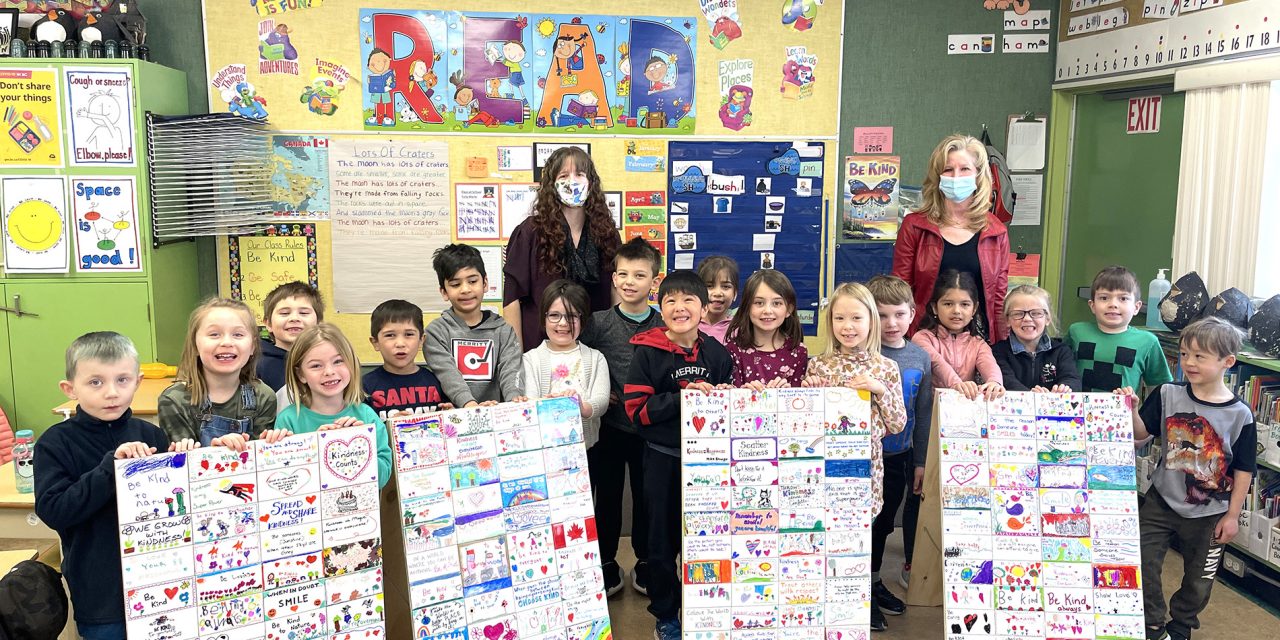 Students at Bench Elementary were determined to spread kindness throughout the community, and did so by making kindness themed bookmarks and tiles as a class project.

As a result of Kindness Week, which runs from Feb. 14 – 20, the School District informed local schools that they could apply for a grant of up to $500 if they wanted to do a ‘Kindness Project’.

“We racked our brains for a long time and had lots of different ideas,” said teacher Tanis Kanigan.

“Especially with COVID, we couldn’t go on visits at the old folks’ home or send things there or anything, so we came up with this idea of doing the tiles.”

The class had earlier kicked off their kindness enterprise by writing letters and drawing pictures which were then placed on posterboard and delivered around town. From this the idea to decorate ceramic tiles evolved.

Many were made by Kanigan’s grade one class, but some were sent to other classrooms and other grade one students in the district as well. The same businesses and organizations that had received letters were also happy to take part.

“We took them to City Hall, and we took them to the Save-On staff and Extra Foods, the police station, fire hall, and the school board office,” said Kanigan.

“They all did tiles, and they were beautiful. We just asked them to write, or draw, or a combination of both, a message of kindness.”

Taylor Morrison, who was completing her teaching practicum in Kanigan’s class, said that the students had very creative ideas for how to express kindness through art.

“They were so receptive, they were all excited,” said Morrison.

“They’re just grade one, but they had ideas for what they would write right away. Little sayings like be loving or be kind to pets. It was neat to hear them have such great ideas.” 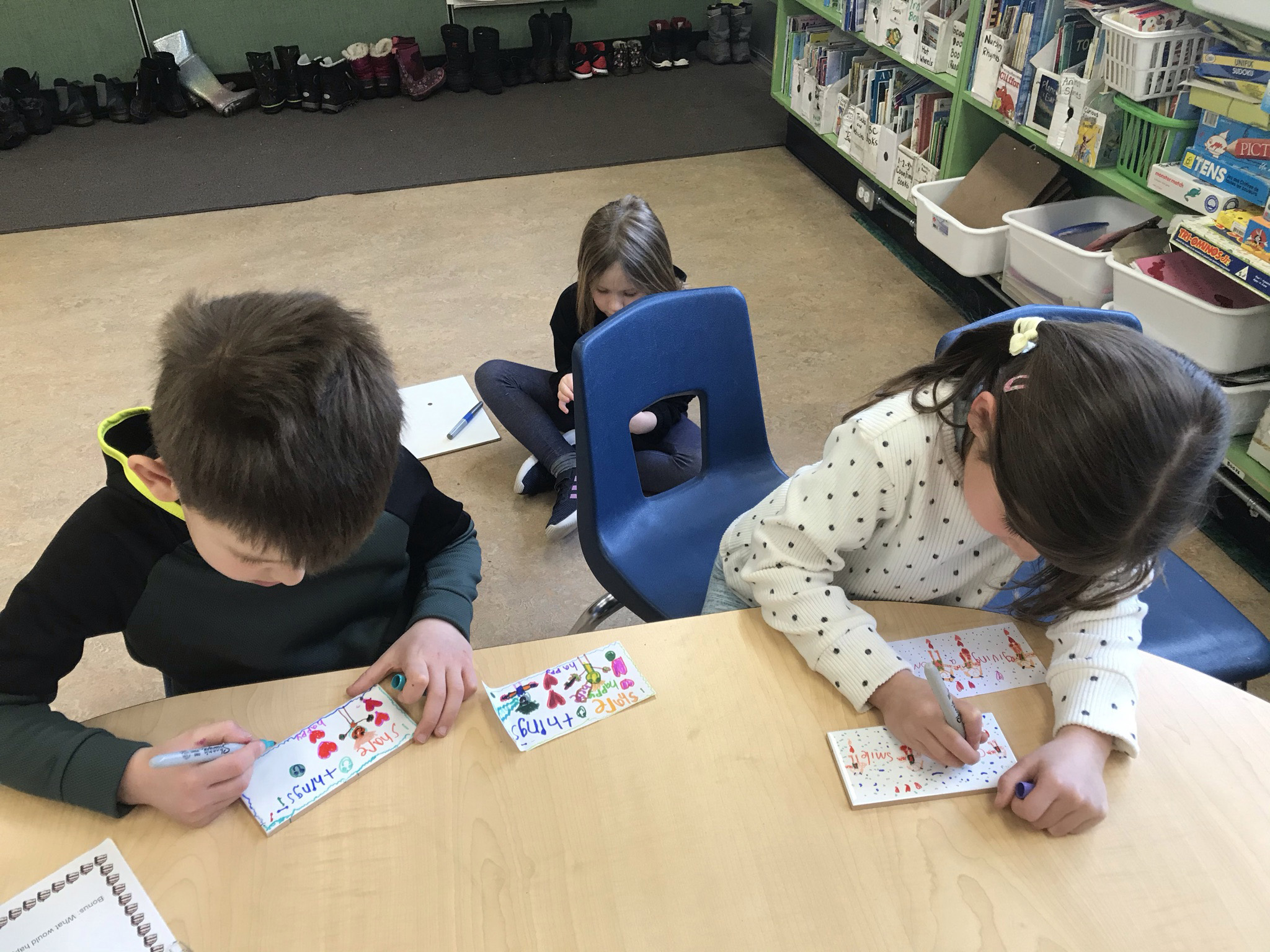 When all of the tiles, which had been drawn and written on with permanent marker and then baked, were returned, Morrison and Kanigan put their heads together to come up with a way to share them more widely with the community.

Eventually, they settled on the idea of ‘Kindness Boards’, which was partly inspired by the Walk of Grads that took place around Merritt last year.

“I just loved that, I thought it was pretty cool that you could go and see all the grad pictures,” explained Kanigan.

The finished boards were placed around town with two at Extra Foods, three at Save-On Foods, one at City Hall and one at the School Board office.

Save-On Foods donated a gift card to the school, while Extra Food donated Oreos as a thank you for students who took part, but Kanigan said that nothing was expected in return for the boards.

“We just hope people stop and read them and smile,” said Kanigan.

Inspired by the success of this project, and expanding on the theme of kindness, Morrison decided to get students together for another activity.

“As an extracurricular, I started a Kindness Club to go along with Kindness Week,” explained Morrison.

“I had about 15 students in the club, we met at lunch time, and they made bookmarks that had different sayings of kindness and pictures of kindness.”

Morrison then added ribbons to the bookmarks, laminated them and delivered them to the library. 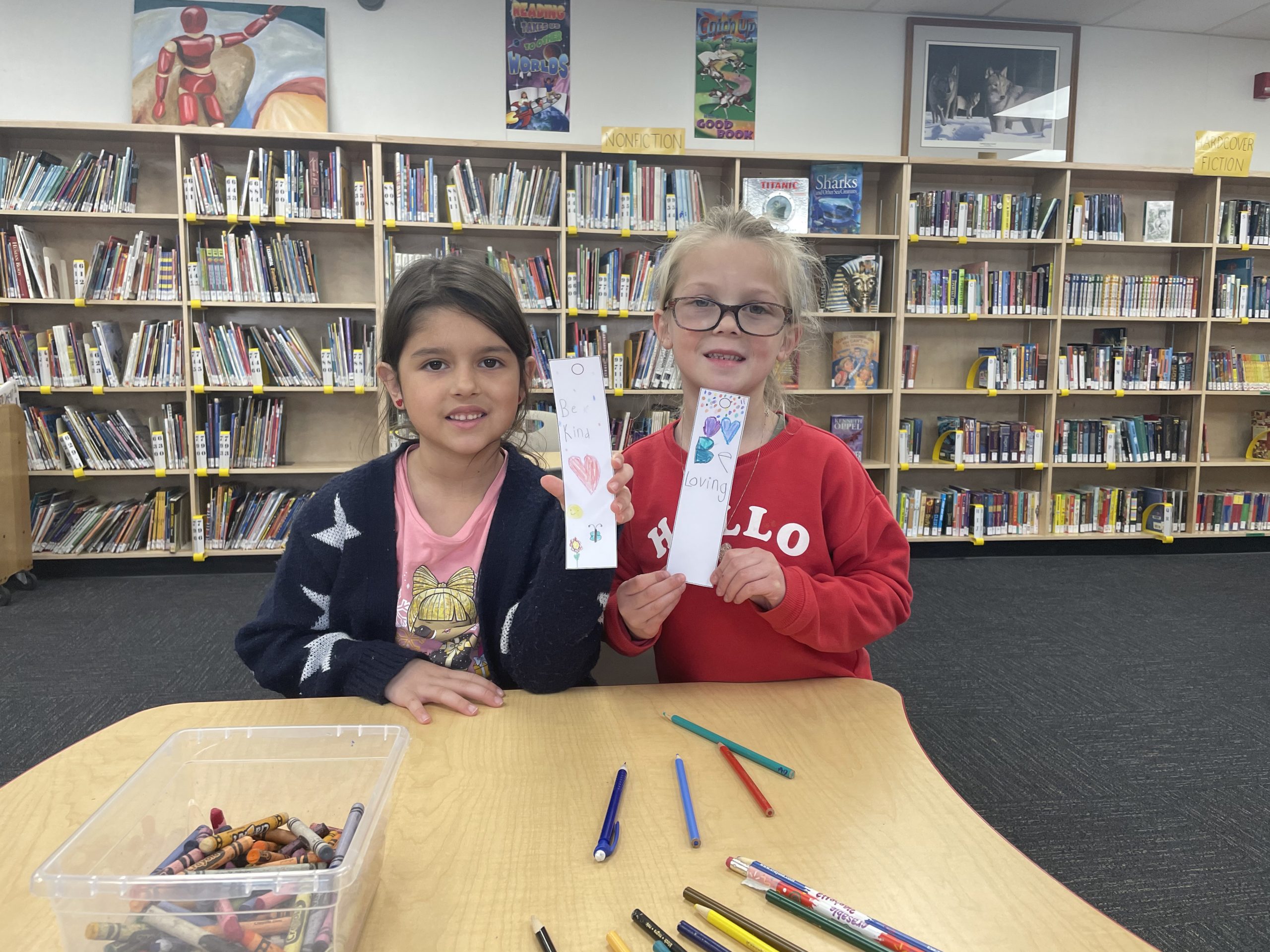 “And then anyone that went to the library and needed to be cheered up or was checking out a book could also take a bookmark. The librarian said that it was very well received, and people loved the bookmarks.”

About 30 bookmarks were put out for library patrons, and these quickly made their way to new homes. As a thank you, the library provided a gift for each student who was a member of the Kindness Club, as a way of showing the children that “kindness pays it forward”.

“In the school we were doing lots of school kindness things, so that kind of inspired me to do the extracurricular around that,” said Morrison.

“Kindness is an important thing, and during COVID I think the more smiles the better.” 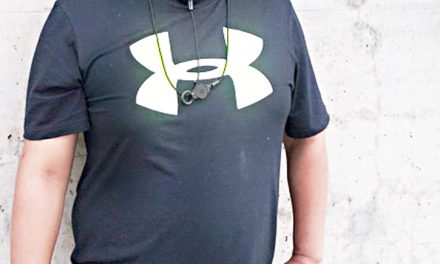 Banding together to fight cancer 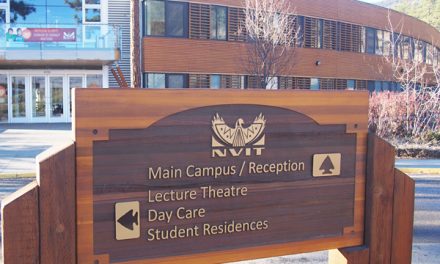 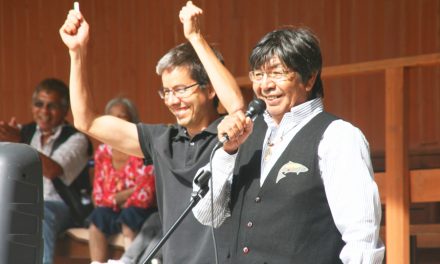 Lower Nicola AGA ‘the first of many’

Beginnings and endings in Logan Lake