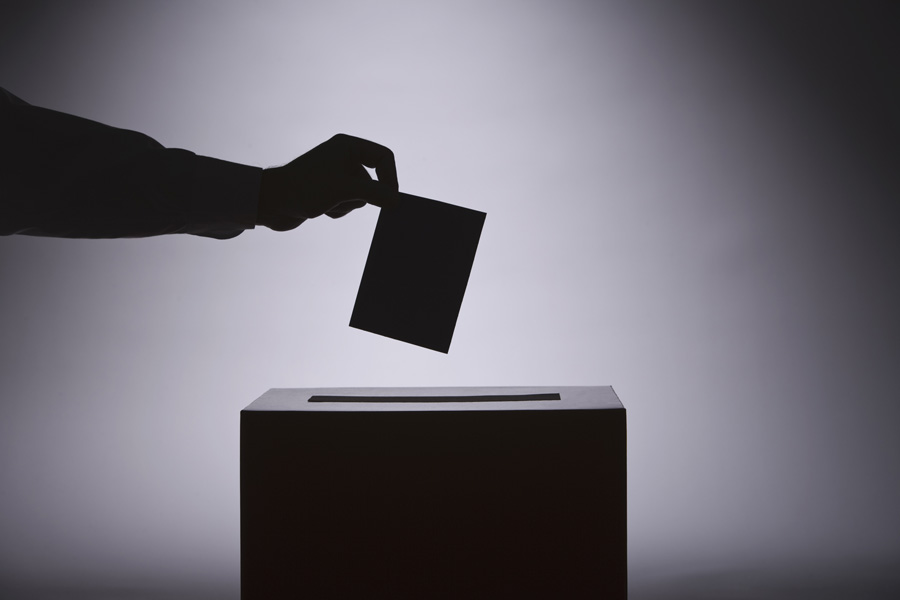 The Herald asked the candidates running for the Central Okanagan-Similkameen-Nicola riding in the federal election the following question: “The cost of housing in Canada has risen disproportionately to incomes. What is the best approach to fix this problem?” Below are their responses. 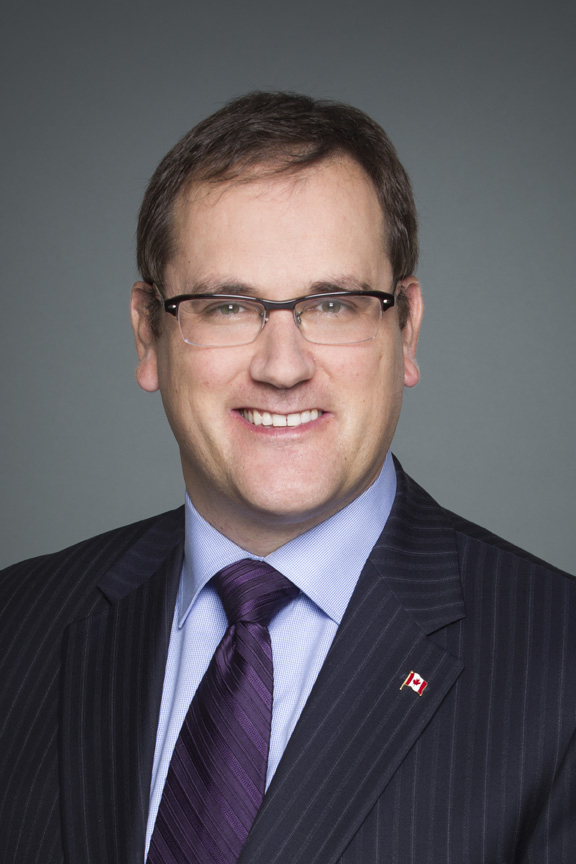 After many meetings with residents in our riding, most everyone I have spoken with agree this current generation of young people don’t have the same opportunity to get into a home and start a family, as they did at that age.

After six years of no federal leadership from Justin Trudeau, we are now at the point where we have a growing housing crisis in many Canadian communities.

As the Financial Post recently concluded, after having a look at all of the platforms on housing, “What distinguishes the Conservative platform is its recognition that the primary cause of worsening housing affordability is that supply ‘simply isn’t keeping up’ with demand.”

Basically, the problem – using an example – with the approach of the current Liberal Government is that they have imposed policies such as increasing the mortgage stress test threshold.

This by design makes housing less affordable to lower income families, which creates inequality and unfairness. The idea here being to limit demand in the hope that housing prices will decrease if there are fewer buyers.

We have all witnessed that this approach has failed.

The Conservative approach is to focus on supply…or in this case the lack of supply, as that is the real problem.

A Conservative government will see one million homes built in the next three years.

How will we accomplish this?

Our platform proposes a number of measures. A few examples include deferring the Capital Gains Tax on the sale of a rental property provided the proceeds are reinvested into new rental housing.

Another measure is that we will ban foreign buyers from purchasing residential homes for a minimum of two years to ensure that more supply remains available for Canadian families.

We would also implement a number of other changes related to the mortgage stress and in other areas that I would be happy to discuss in person with anyone who is interested. 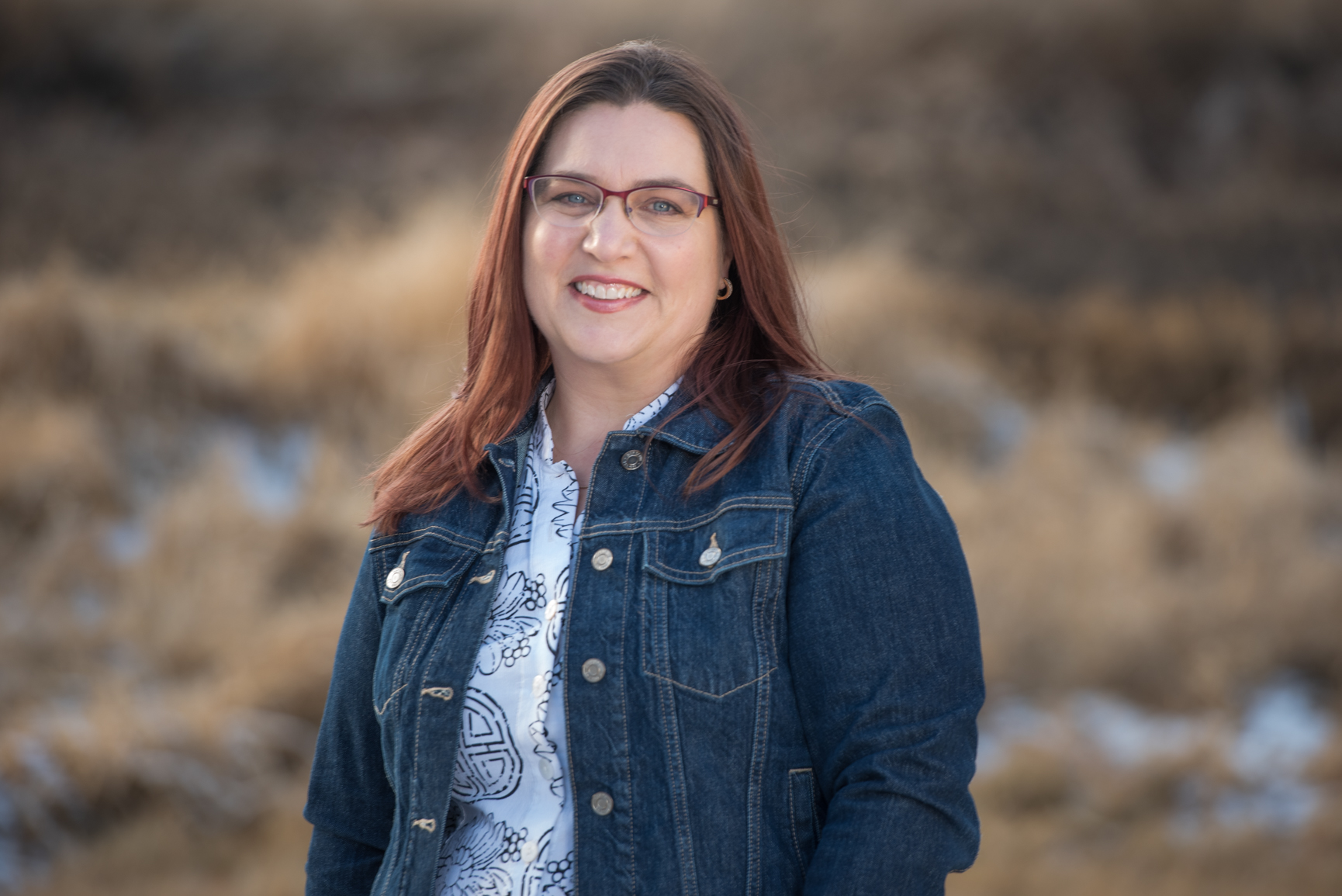 I am acutely aware of how unaffordable housing is, as I recently helped my son search for accommodation. I have also spoken with business owners that could not expand their work force as there simply was no place for the employees to live locally. From young people struggling to save a down payment, to seniors on fixed incomes, to poor homeless people wondering where they will sleep tonight, the high cost of housing affects us all.

Everyone deserves a home. As Liberals, we want everyone to achieve their housing needs and dreams. We are committed to working with all levels of government to make this happen. We have a three-pronged approach to manage the housing crisis. We will (1) increase the supply of houses, (2) decrease demand by placing limits on using houses as investments, instead of a place to live, and (3) protect the rights of home buyers and make saving for and buying a home easier. To increase the supply of houses we will build, preserve or repair 1.4 million homes in four years through a number of programs, including putting $4 billion in a Housing Accelerator Fund to help municipalities get houses constructed faster. We will invest $2 billion into Indigenous housing. To decrease demand related to purchasing houses for investment only, we will ban foreign investment in houses for two years, create an anti-flipping tax, and a one per cent annual tax on non-resident, non-Canadian owned real estate that is vacant or underused. Thirdly, we will make it easier to get a home with rent to own projects, tax free savings home savings accounts, and a ban on blind bidding. In addition, we will stabilize rents by making landlords report rent received before and after renovations. We will impose a surtax on excessive rent to stop renovictions.

Housing is not a luxury. It is a necessity. We need to do more and Liberals will do more to make having a place to call home a reality. 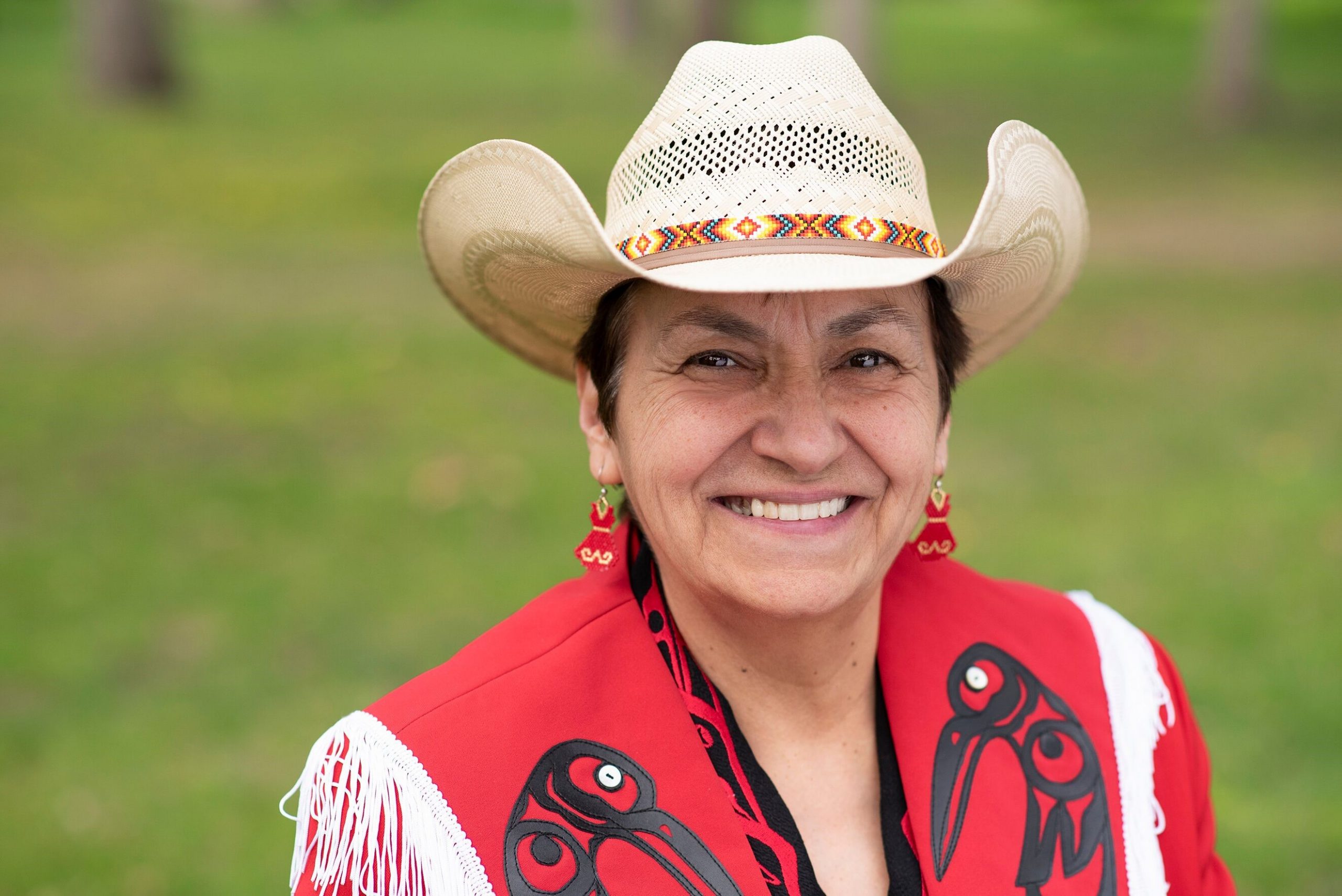 To begin, housing is a human right and a public good. Every Canadian deserves a place to call home. We have thousands of Canadians who struggle to pay their rent every month, some are facing evictions now, and tens of thousands more who are homeless.

The problem is particularly bad in the Okanagan, which is becoming a place where a young family will never be able to buy a home. Even just this year, students in our riding are struggling to find a place to live that they can afford, and some simply cannot. Is this the kind of community we want to live in? In one of the richest countries in the world, the current housing crisis is unacceptable. We need public policy that balances housing affordability with market forces.

In Canada, for decades, we had cooperative housing, geared to income, and the federal government under consecutive Conservative and Liberal government gutted this model that worked very well. For far too long we were one of the only G7 countries that didn’t have a federal housing strategy, and we’ve seen transfers to the provinces cut year after year for housing. An NDP government would be committed to investing in housing for all.

After six years in government, the Liberal plan is simply inadequate compared to the scale of the housing crisis Canadians are facing. We need to take urgent action now towards an ambitious plan to build affordable places to live in every community across the country.

That’s why a New Democrat government will create at least 500,000 units of quality, affordable housing in the next ten years, with half of that done within five years. This will be achieved with the right mix of effective measures that work in partnership with provinces and municipalities, build capacity for social, community, and affordable housing providers, to provide rental support for co-ops, and meet environmental energy efficiency goals. This ambitious plan will create thousands of jobs in communities all across the country, jump-starting the economic recovery, and helping Canadians get the affordable housing they need. 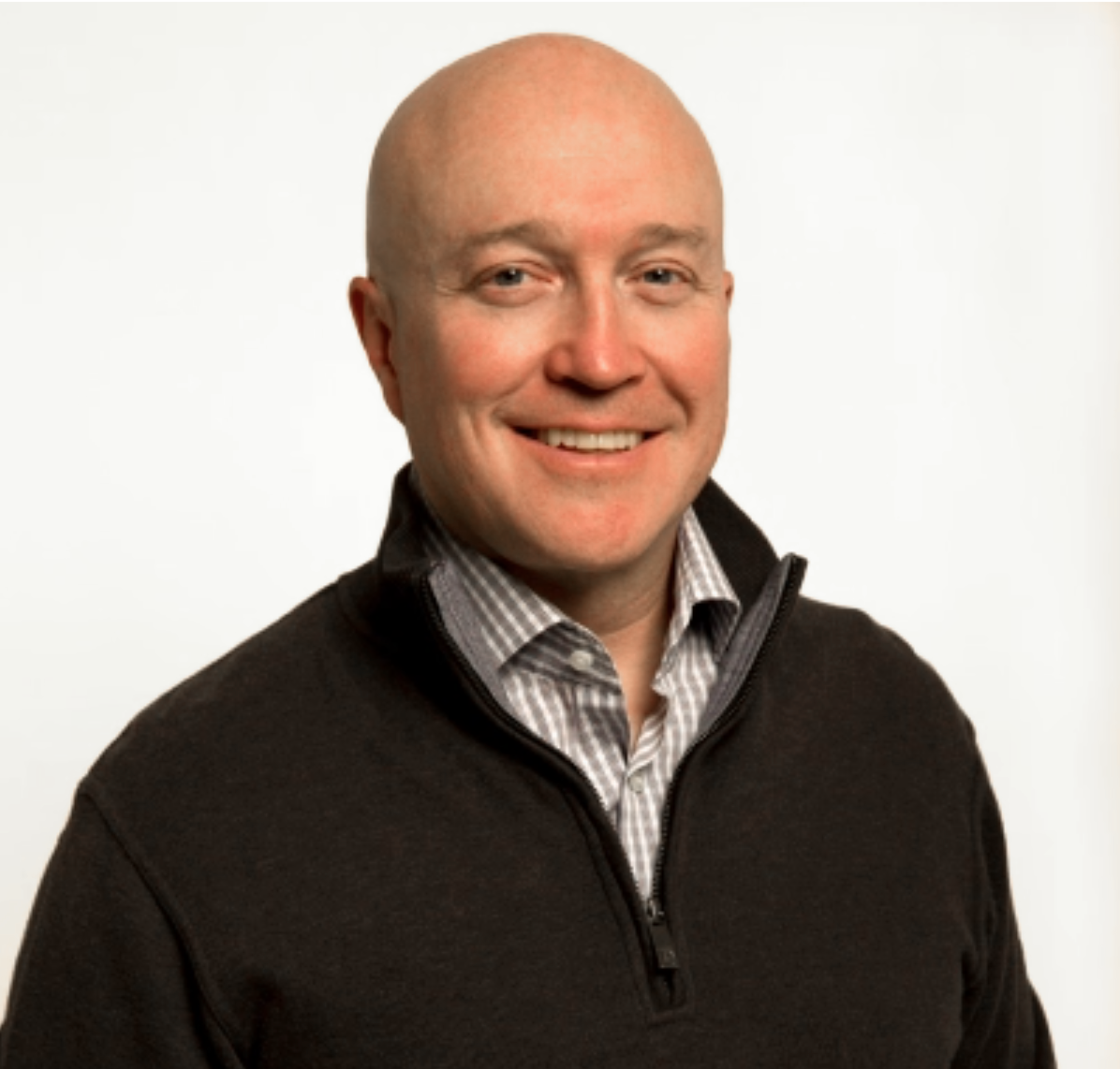 To best approach fixing the housing problem is Canada requires some context. The pandemic has intensified homelessness and pressures to cover the cost of housing at all levels. So, for immediate action the Green Party of Canada proposes establishing a national moratorium on evictions – until the pandemic is over and for a reasonable time after – in cooperation with provincial governments: Implementing a national residential arrears assistance program to protect people at risk of eviction due to accumulated rent arrears; Redefining “affordable housing” using a better, updated formula; and enhancing the Canada Housing Benefit.

For the long-term other policies must be implemented, such as a guaranteed livable income. A variety of other incentives to keep housing within the income means includes taxing property speculation, incentivising the landlord relationship to renters so that long term rentals are beneficial to both landlord and tenant, and prioritizing business development in rural and unpopulated areas of Canada; this means for example making high-speed internet easily and reasonably priced for companies and organizations in rural and remote areas of Canada so that people can live with equal amenities as Canadians in population dense cities. 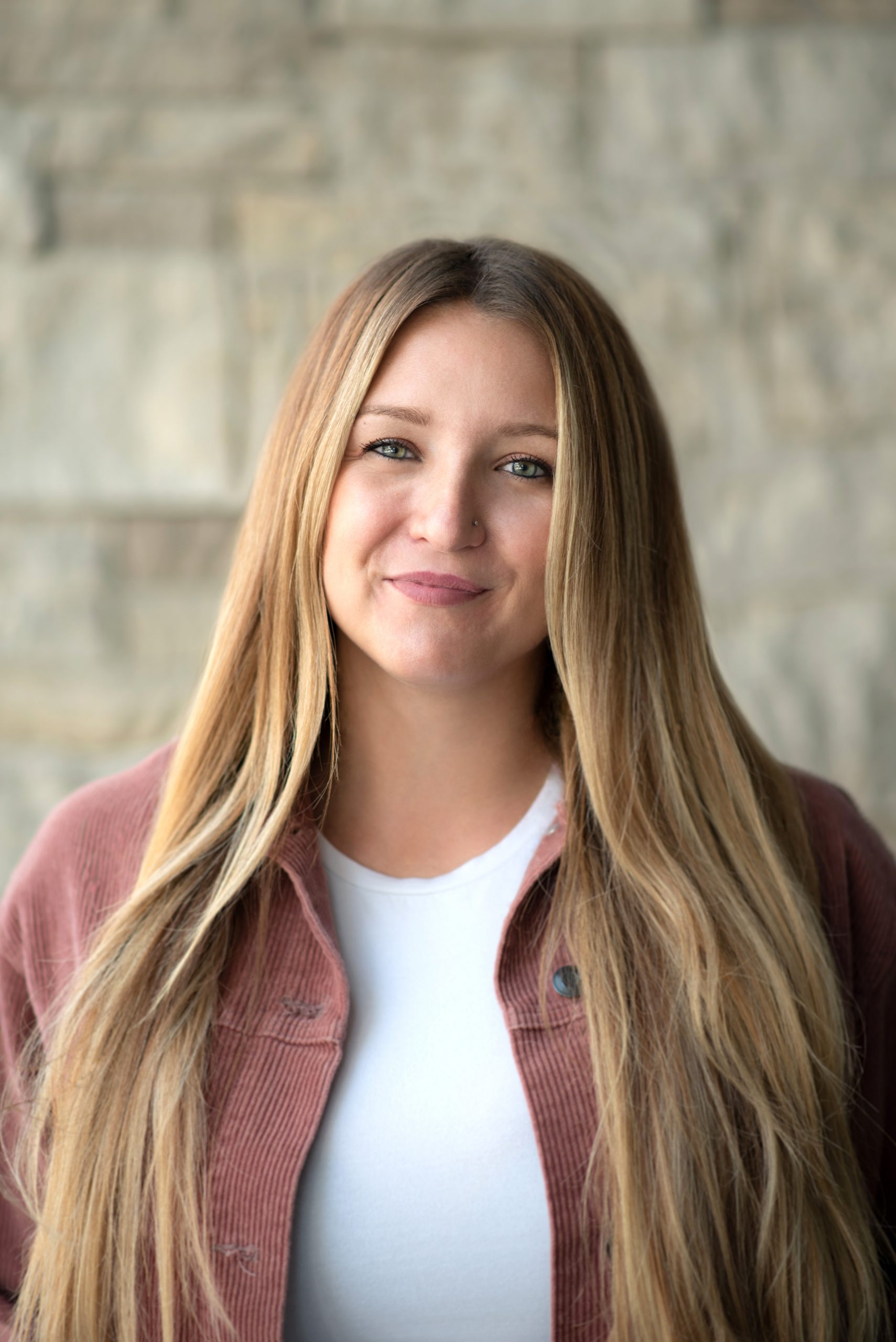 Great question!  Like many other “issues” that we face these days, this one can often be tracked down to its root cause. Sadly, there is a finite amount of resources available to satisfy the needs of a growing number of basic needs.  How long have any of you been voting in this country?  How many times have we switched from party to party hoping for the best.  Mulroney, Chretien, Harper, Trudeau…. have any of them ever really had your backs?

If you dig deep enough, you’ll find that politicians are bought and paid for by some very large corporations. Just like the guy or gal who goes to play bingo and has six cards on the table, the owners of your government – the big corporations – they have three cards on the table in this election.  They don’t care whether it is the NDP, Liberals, or Conservatives that win… so long as one of them wins.  Those corporations own and control them.  They always have.

This year is a bit different.  The globalists over played their hands on the COVID crisis.  They did not count on the fact that 92% of the population would reject vaccine mandates, passports, and lockdowns.

Since the People’s Party of Canada is not for sale, no one can force us to do the wrong things. The PPC will put an end to the universal graft that is bankrupting your treasury.  More resources will be available across the board to take care of the things that are most dear to your hearts.

Housing prices go up because the cost of everything else is rising.  Once those things don’t need to rise in price, we won’t have this kind of pressure.  It can only start if you finally realize that you will have to choose between US and Them! 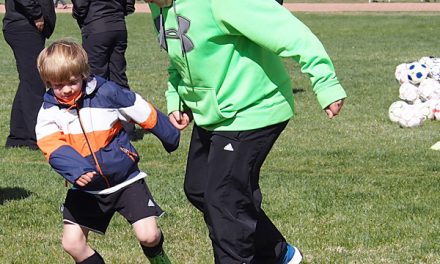 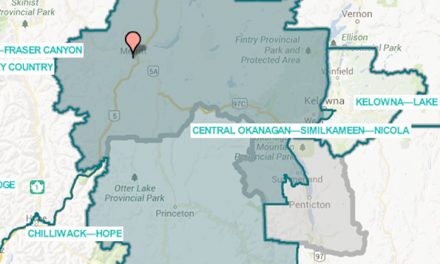 The 2015 election in a nutshell