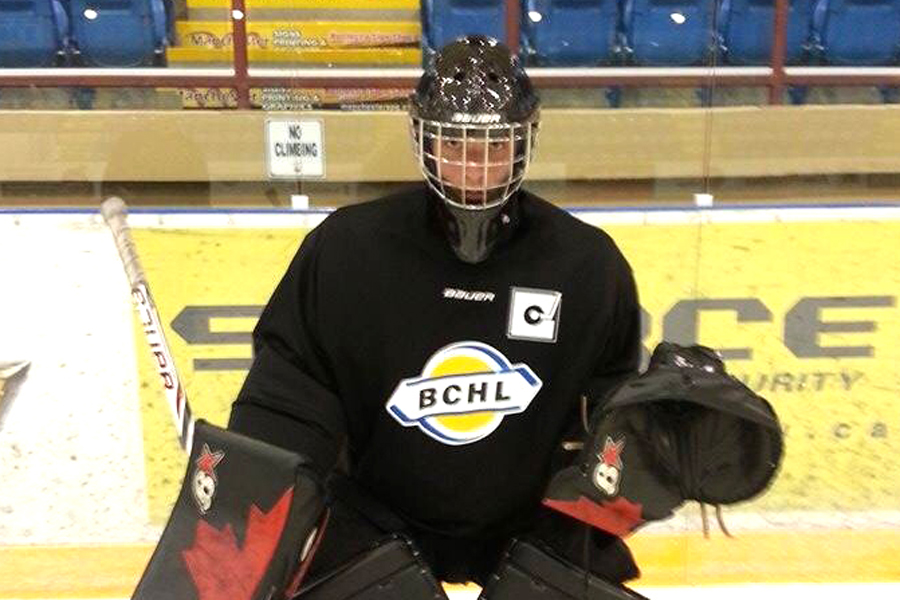 If indeed size matters, then on the eve of training camp, the Merritt Centennials have made two significant additions to their roster in the signings of 19-year-old defenceman Nick Fiorentino and 17-year-old goaltender Colten Lancaster.

Fiorentino, who hails from Hartsdale, New York, measures six feet three inches tall and tips the scales at 190-plus pounds, while the young Lancaster, a native of Charlie Lake, B.C. who now calls Kelowna home, is still growing at six feet four inches and close to 200 pounds.

“They’re both big bodies, who should make an impact, especially at home in our smaller rink,” new Cents head coach and GM Joe Martin said.

Fiorentino has been playing his hockey for the past two seasons in Newark with the New Jersey Rockets of the Eastern Hockey League. Known for his physical play on the backend, he led all Rocket defencemen with 24 goals in those two seasons, including ten on the powerplay and six game-winners.

Fiorentino’s play has been so impressive that he has already received an NCAA Division 1 scholarship to play for Army in the future.

“[Former Cents head coach and GM Luke Pierce] had talked to Army a while back about Nick,” Martin said. “I continued the discussions, and talked to Nick and his family.”

“I didn’t know much about the BCHL, but a couple of my coaches recommended that I look into it,” Fiorentino said. “Then Merritt offered me a contract. It just seemed a perfect fit for my style of play.”

Asked to describe his game, the New Yorker said, “I’m a rushing defenceman who likes to throw big hits. My strength is also my shot.”

Fiorentino was not adverse to being compared to former NHLer and New Jersey Devil Scott.

“It would be an absolute honour to have my name associated with his,” the younger blueliner said. “He is probably the hardest-hitting hockey player of all time.” 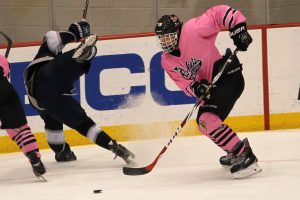 Fiorentino has an uncle who played Division 3 hockey, while his dad earned a small-college soccer scholarship. His mom attended Iowa University and his older sister, Lauren, currently goes to Penn State.

“It’s always been a dream of mine to attend a Division 1 school and play hockey,” Fiorentino said.

In preparation for his first foray out west and a new hockey experience, Fiorentino has been working out regularly at the Prudential Centre in Newark – home of the NHL’s New Jersey Devils. He’s also been doing off-ice training at the Prentiss gym in nearby Darian, Connecticut along with two other Centennials’ signings for the upcoming season, fellow defenceman Michael Faulkner and forward Nick Jermain.

“I plan on seeing the world, and this will be a great experience,” Fiorentino said. “I get to travel to a new place, and I get to play hockey.”

As for Lancaster, he is already well-travelled. Merritt is the next stop in a hockey career that has taken him to various parts of B.C. as well as Alberta and the States.

“I started playing hockey at age three because they didn’t have enough players in my small town,” Lancaster said. “Most of my early minor hockey was an hour away in Fort St. John. In first year bantam, I played in Minnesota, and in my second year in Leduc, Alberta.

“The last two seasons, I’ve played for the Pursuit of Excellence program in Kelowna — first for their U16 team and then their U18 squad.”

At POE, Lancaster put up some impressive numbers. In his final season, he recorded a 2.52 goals-against average and .910 save percentage in 13 games.

Lancaster attended both Centennials spring camps — in Merritt and in Abbotsford — and Cents head coach Martin was impressed.

“He’s big and he’s agile. If he were a ball player, he’d be a shortstop. Lots of athleticism, a good skater and a good puck handler. When you see him play, you say to yourself — that’s a great prospect. And he’s not done developing.”

“I’m pretty active in net,” Lancaster said of himself. “I like to talk to my players and make sure that nothing bad happens.”

Lancaster, who didn’t become a goalie until his first year of atom hockey, has his major Junior rights owned by the WHL’s Saskatoon Blades, but he’s definitely favoring the U.S. college route.

“I have dual citizenship on my mother’s side, so that kind of gives me an advantage,” he said.

Lancaster knows that he’s coming to training camp listed behind 20-year-old returning veteran Anthony Pupplo, but Martin hopes that there will be a healthy competition between the two netminders.

Lancaster has been working out all summer in the Okanagan. He comes into his rookie season of Junior A hockey having AP-ed for 14 games last season with the West Kelowna Warriors.

“I got to practice with the team and sit on the bench during games and get a feel for the BCHL. I’m really excited about the coming year,” he said.

Cents looking ahead to the future, not back at the past 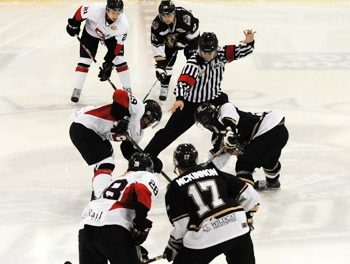 Cents look to rebound against Warriors 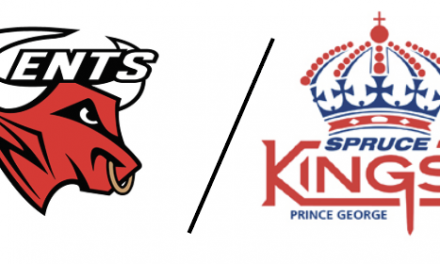