Last week, the government announced significant changes to many classifications within the Temporary Foreign Worker Program (TFWP). Reaction to these changes has been diverse and includes comments that range from suggesting the changes do not go far enough to suggestions the changes are so significant that they amount to the phasing out of the program.

As is often the case in areas of complex regulation, there is some misunderstanding in that some aspects of the program have been far more significantly changed than others. There are also unique considerations that apply in some classifications that do not apply in others. The limited space in this report does not make it possible to itemize all of the changes; however, I will pass on a few examples based on questions that are commonly asked.

One of the issues that is still being debated in some quarters is the question of whether changes to the TFWP are required. On this point, I have certainly heard from some employers who have expressed views on the importance of the TFWP. However, I have also met with unemployed workers and families of unemployed workers unable to secure jobs. By the numbers, the total use of the TFWP was just over 48,500 temporary foreign workers in 2002 and grew every year up to 2009 when the program peaked at just over 142,000 foreign workers. As of 2013, that number is close to 127,000.

For a further breakdown of the 2013 numbers, close to 17,000 were live-in caregivers; close to 28,000 were in the seasonal agricultural worker program; and another 40,000 workers were employed in other low-skilled labour categories. In total, low-skilled TFWP use accounted for roughly 85,000 workers compared to just under 42,000 temporary foreign workers in the high-skilled categories.

What changes are being proposed under the new regulations? Some categories, such as the live-in caregiver program, will remain unchanged. However, for other programs, the former labour market opinion (LMO) will now be expanded into a Labor Market Impact Assessment (LMIA). The LMIA process requires an employer to submit how many Canadians applied for the job in question, how many Canadians applicants were interviewed, and the reasons why those Canadians were not hired.

In addition, employers are also required to acknowledge new rules that prohibit Canadians from being laid-off or having hours reduced at a worksite employing temporary foreign workers.

Other changes to the TFWP include a 10 per cent cap on the number of temporary foreign workers that an employer can have on the workforce. Existing employers currently over this limit will be granted a transition period to adjust.

For employers who are successful in receiving approval for using a temporary foreign worker in the low-wage categories, the duration of the permit will be one year, shortened from the existing two-year expiry date.

This report is only a brief summary of some of the many changes to the Temporary Foreign Worker Program. Many of the changes not mentioned in this report are specific and unique to various employers within our local economies.

For the past week I have been hearing from many business owners over these changes. It should also be pointed out that the application fee for an LMIA is now set at $1,000 compared to $250 for the former LMO. These are significant increases for many business owners who do use the program although these new fees are established to recover the administrative costs of operating the temporary foreign worker program so that it is funded by those who use the program and not subsidized by taxpayers or other businesses who do not use the program.

Don’t turn a blind eye on your community

LETTERS: Change has to start somewhere in Merritt 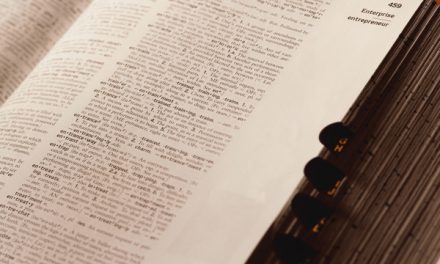