Christmas with a difference a success

More than 100 Merrittonians were treated to a delicious Christmas dinner, thanks to the ‘Christmas with a Difference’ initiative put together by the Merritt Golf and Country Club, the Merritt Centennials and the Love to Dance Academy.

According to Vanessa Van Rensburg, one of the organizers, planning and preparation began six weeks before Christmas. Over 200 Christmas gifts and traditional Christmas crackers were collected from Syd’s Pro Shop, V22 Photography, Maria’s Creations, TS Art, and Miss Vicki’s Petals and Plants, then wrapped and paired with dinners. In addition, the Cents donated 200 2021/22 season game tickets.

Mmes. Shu, Isaac, Niehaus, Nel, Hogan, Martin, Puga, Negrin, Orango and a Mr. Cotrell threw on their aprons and headed to their kitchens to bake more than 1,000 pies and cookies.

“Let’s not forget the prep team of potato and carrot peelers, Team Doug, Ross, Marg, and Bryon. Lizette from The Love To Dance Academy spent a few days setting up, and preparing for distribution on the day with Elf Aiden.”

The event was inspired by the fact that many would be alone during the holidays as the COVID-19 pandemic rages on, suspending travel, family visits, and community Christmas events and dinners.

“Ultimately this planet will continue to spin, and so we need to continue to live life to the fullest, even if it looks a little different sometimes,” said Van Rensburg.

“I am not a fan of ‘it is what it is’ but more so of ‘it is what you make of it’ and that was our main aim. To make Christmas as wonderful as we possibly could for those we touched with this small gesture. No time for COVID are words that leave my lips on a daily basis.”

Despite a terrific snowfall that hampered movement on the highways and town streets, the Cents and other volunteers turned up for deliveries without a complaint, ensuring dinners were at recipients’ doors between noon and 6 p.m. on Dec. 25.

“A little snow has never stopped a Christmas Elf, and the delivery Elves were out in full force,” assured Van Rensburg.

“John and Brodi, Sydney and Nathan, Kelly and Heather, Rusty and Betty, Guy and Kevin, Andrew and Britt, Jack and Lesley… we couldn’t have done it without them! Bags for transportation were supplied by Extra Foods. The gift of joy was not only given to 107 Merrittonians by Merrittonians, but was also received by all those involved.”

Indeed, several of those treated to Christmas dinner had nothing but rave reviews to offer.

“What a feast!” exclaimed a recipient named Janet.

“It arrived on time with all the trimmings done up in little packages wrapped up by busy little hands so carefully. We felt truly spoiled, and have dinner for Boxing Day as well. Truly more than we expected. Three cheers to the Chef and the Elves!”

“We are so excited to start eating, it looks amazing,” said another named Katelin.

“Thank you again, it is delicious.”

“It was awesome and I’m just happy to be a part of it,” said volunteer Rusty.

“Syd, Vanessa and Ryan truly put their hearts into this. Thanks also to the van Rensburg kids who played at the golf club during the Christmas Day while their parents cared for others in the community.” 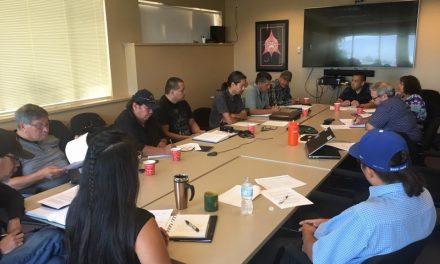 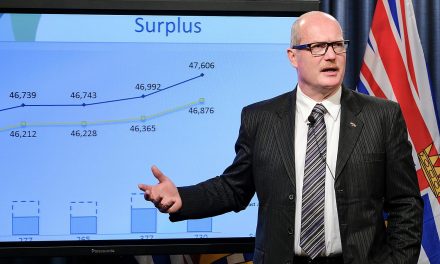