Projected outside view of the community theatre. (NVCTS photo.)

The Nicola Valley Community Theatre Society (NVCTS) made a presentation to mayor and council at a Committee of the Whole meeting on Nov. 17 where they provided an update on the progress made in constructing a community theatre in Merritt.

So far, the Society has raised $1.3-million through grants and donations and owns the land that has been slated as the future site of the theatre in the Railyard Mall.

Previously, there was an issue regarding parking spaces, of which at least 51 would be needed for the structure. However, a parking plan was prepared that was satisfactory to the Railyard Mall owners and the parking situation has been resolved.

NVCTS Director Rich Hodson explained that in order to make the construction of the 8300 sq. ft. three-theater complex a reality, the Society plans to apply for grants from various levels of government.

Three applications were re-submitted after being previously rejected. One from the Vancouver Foundation for $100,000 for engineering submitted in Sept. 2020; an application to the Federal Infrastructure Program Community Culture and Recreation Program for $2,414,940 submitted on Oct.2; and the Federal Infrastructure Program Rural and Northern Communities fund for $2,414,940 which was submitted on Oct. 20, 2020.

In future, the Society hopes to apply to the Federal Cultural Spaces Program, but they will only look at applicants who have already raised 60% of the required capital, which Hodson estimates will be approximately $2,760,000.

Hodson presented a breakdown of costs to council and staff which included everything from paving and asphalt, to engineering and architectural elements, equipment and solar power installation.

The cost of the project is estimated to range from roughly $4.17-million to just over $4.66-million.

Hodson also raised the topic of a possible partnership between the City and NVCTS, which would not involve financial input but in-kind contributions such as assistance with applying for grants or tendering the project.

The motion that staff be directed to work with the NVCTS to explore a potential partnership agreement between the Society and the City was passed 6-0, with Christopherson excusing himself due to a conflict of interest with his position as NVCTS Chair. 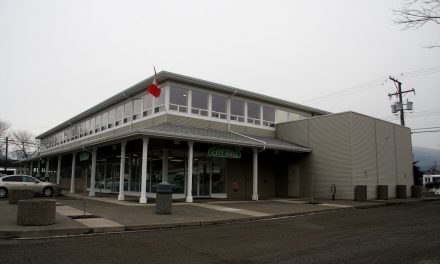