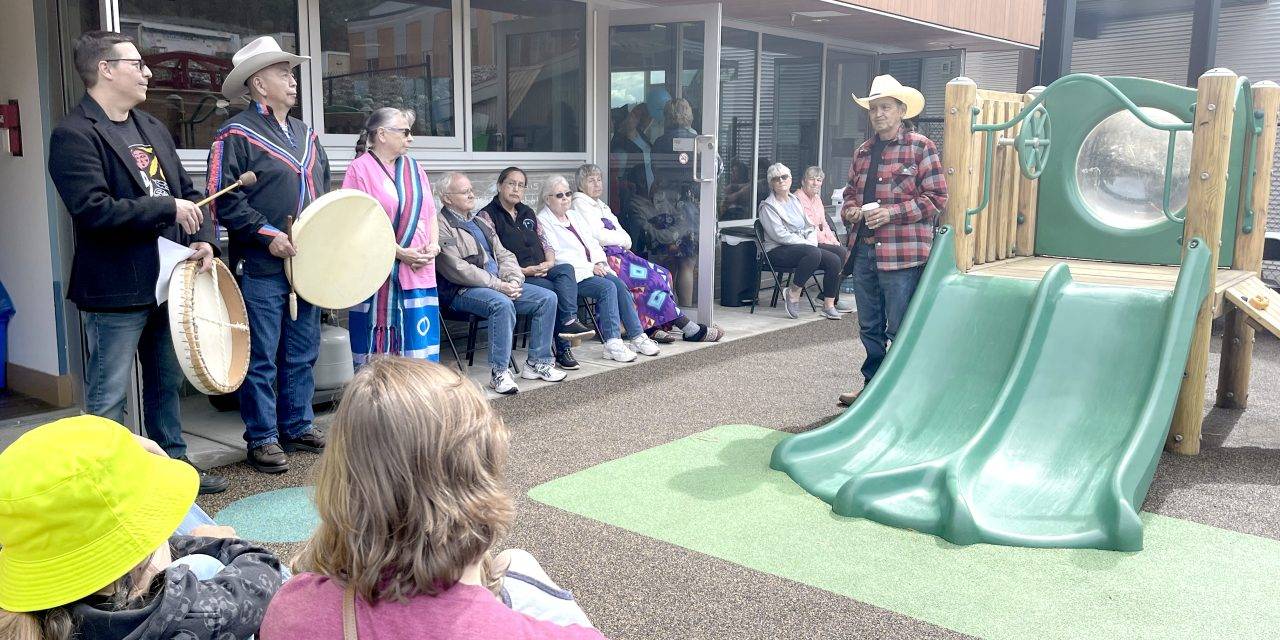 The community came out in full force to support the Conayt Friendship Society’s newest endeavour, a daycare and Aboriginal Headstart program space at Merritt’s Nicola Valley Institute of Technology (NVIT) campus. The space is host to a handbuilt traditional playground space, one of the many pieces of Indigenous culture in the space.

An idea years in the making finally brought to fruition by the friendship’s society’s successful bid to replace the NVIT campus’ current daycare operation. The space was designed and reimagined by Conayt, whose ultimate goal was to reduce the cost of a major expense for Indigenous families.

“Childcare is the second biggest expense next to housing for families,” said Kelly L’Hirondelle, executive director for Conayt.

“It’s a lot of money to be spending for daycare, so the nice thing about Headstart is that because of the funding we received, it’s no-fee childcare for Indigenous families.”

The Headstart program offers 28 spaces of full-time programming for children who are not yet school aged, including separate programs for younger children aged 0 to 3. Certified Early Childhood Educators (ECE) facilitate the programming, which is offered free of charge for Indigenous children, and includes meals.

Along with teachings heavily based in Indigenous culture and history, L’Hirondelle said it was also important for the space to reflect these values and teachings. Conayt contracted Metis artist Pat Calihou of Maple Ridge to design and create a natural-based playground at the space, a challenge he is no stranger to.

“I’ve made playgrounds before. I made one in Kamloops, and one on Vancouver Island. Conayt got word of it and got ahold of me, so now here we are,” said Calihou.

“My art form is wood. A lot of the time it is cut in the form of paddles, and I build canoes and red river carts. I just think about exactly what it is in the culture that I want to encompass.”

The playground includes hunting and trapping cabins, a traditional voyager canoe and red river cart, and a smaller version of NVIT’s MMIWG2S+ Memorial Garden. Calihou says these items and their design are reminiscent of traditional times, and strengthen cultural connections.

“Our ancestors were in these things. For instance, I added the effect of pitch along the boat. When we were making wooden plank boats we would use pitch to seal them up. I did it in the traditional style, it’s sort of a reproduction of a voyager boat.”

“Nowadays you don’t see this stuff, it’s history. You’ll forget these things that are our connection to us and our people. We don’t need the voyager boats, we can just go to Walmart,” joked Calihou.