The BC Interior Chapter of Safari Club International is asking people to get out and “Clean-Up for Wildlife”, by hosting a contest and offering prizes for anybody willing to put time and effort into removing illegally dumped garbage from the backcountry.

To enter, individuals and families are encouraged to pick a Forest Service Rd (FSR) and start collecting any garbage.

Take photos of the garbage you have collected and submit them by visiting https://bcinteriorsci.ca/projects . Examples of FSR’s in the Merritt area include Jack Scwartz Road in Little Box Canyon, and the road at the Promontory Lookout just west of Lower Nicola.

Winners will be randomly selected for a grand prize of a custom firepit ring, as well as additional draws for Safari Club swag.

Vice President and Conservation Committee Chair of the Interior BC chapter of SCI, Ted Bocking, hopes that the clean up will become an annual event, and will draw attention to how badly the backcountry is being abused.

“Hopefully, it will make people aware of how much garbage is in the bush,” said Bocking.

“I’m not sure how we can stop the illegal dumping, but something needs to be done about it, that’s all I know. I’m not sure if people have become desensitized to it, or what. Because everybody says, ‘oh yeah, there’s so much garbage in the bush’, but how many people do you know actually stop and pick it up?”

Illegal dumping is not only unsightly but causes many problems for both the environment and wildlife. Animals can be made sick or killed by eating garbage; bears that become accustomed to feeding on garbage are more likely to be destroyed when they end up in local neighbourhoods and parks; water sources can be contaminated by trash not disposed of properly; in rare instances discarded glass can even cause wildfires.

Bocking hopes that with the relaxation in guidelines surrounding Covid-19 and the May long weekend approaching, more people will be out in the bush and willing to pick up a few bags of garbage along the way.

“It’s most likely going to be province wide, so what we’re trying to do is just get people to go out, grab a few friends while obviously practicing social distancing, take some pick up trucks and go out and clean it up. We were kind of thinking that if we did it over the long weekend there would be lots of people out there and hopefully, they’ll think about taking a few garbage bags and picking stuff up while they’re at it. It doesn’t really matter what road you drive up, there’s garbage. Just go out in the bush and pick it up.”

Bocking is also working towards getting the dump fees waived around the Interior for people who are taking part in the clean up effort.

“I know all of these regional districts have a budget for this.”

Art in the Garden features quilts, blooms and more 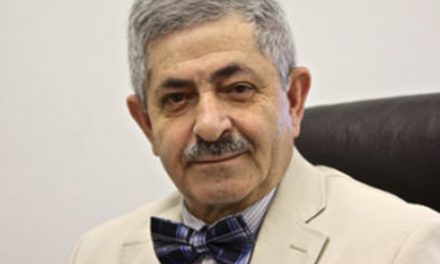