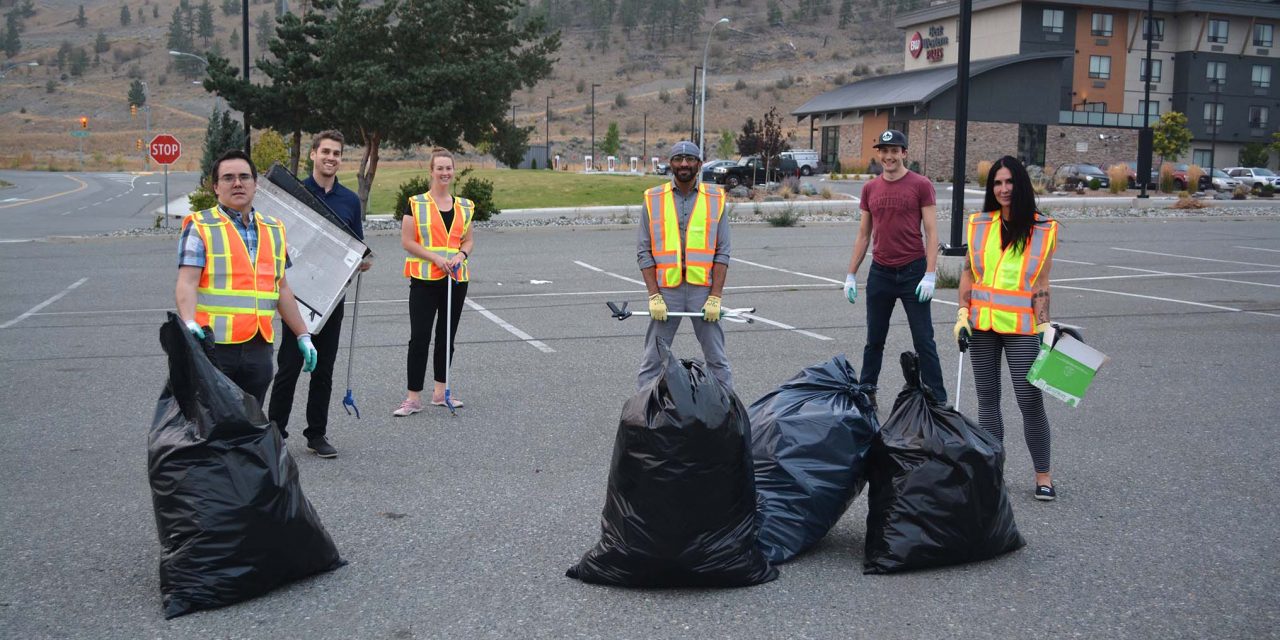 Mayor, council and staff took part in a garbage clean up on Sept. 16, an initiative put forward by Councillor Tony Luck, who has taken a personal interest in tidying up Merritt’s most littered areas.

“My wife and I go out and pick up garbage, and there’s other people in the community that do the same thing, so I think there’s some momentum there,” said Luck.

“I think people are starting to realize how dirty our community is and if we want to shine, we need to clean it up.”

Back in April, Luck made a motion that City staff determine if a littering awareness program was or had ever been in place for Merritt, and also to have littering bylaws re-examined for effectiveness. Between then and now, despite the pandemic which has had more people staying home and not travelling, Luck said that he is still noticing an enormous amount of trash thrown out around town.

“I thought to start this, let’s just get council out one night to do some stuff,” said Luck.

“Just to go out there and they’ll get a real good idea of what it’s like. Sometimes we isolate ourselves and don’t really realize. So, Sean and I talked about that and we picked a date and then we went around the community and picked a couple of ‘hot spots’.”

Councillor Luck, his wife Wanda, and fellow councillor Travis Fehr went up to Exit 286, formerly the BC Visitor’s centre, which Luck said was, “a real hotspot, glowing red.”

A group including Councillors Bhangu and Etchart, as well as CAO Sean Smith and Deputy Corporate Officer Greg Lowis, tackled the empty lots near Boston Pizza and the truck stop, while Councillor Christopherson and Mayor Brown cleaned up around the parking lot adjacent to Extra Foods and the Dollarama. 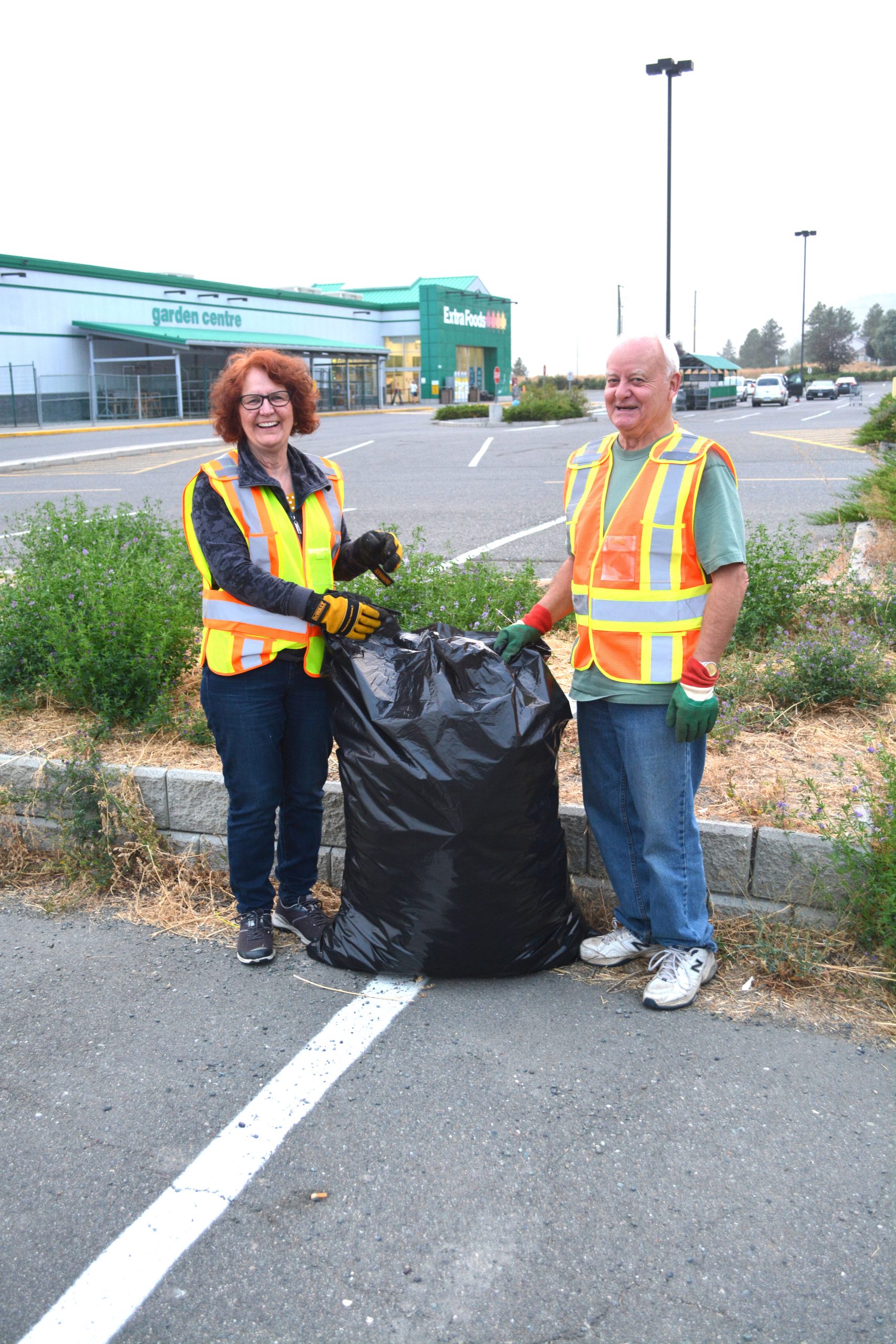 “Just a couple of hotspots that tourists see quite a bit, we were out about an hour and a half,” said Luck.

“It was an opportunity for council to get out there and roll their sleeves up and just see what needs to be done in our community.”

Mayor Brown and Councillor Christopherson both noted that there was a horrific amount of garbage, and that they were particularly dismayed by the amount of cigarette butts they picked up, which are both an eyesore and a fire hazard.

“Council got together recently to clean up an area of town frequented by tourists,” said Mayor Brown the following week.

“What a disheartening amount of garbage we picked up, and what a bad impression it leaves for the city! What scared me were the numerous cigarette butts in the tall, tinder dry grasses. I’m not talking just one or two, but tons of them. What a potential fire hazard. I would like to encourage business owners to make garbage cans and ashtrays available for their staff and customers. Every little bit helps.”

Mayor Brown hopes to see both residents and tourists doing their part to keep Merritt clean and tidy, and notes that council will be out again in future, ideally before winter sets in.

“We all love and appreciate our beautiful valley,” said Brown.

“It sounds simple, but I feel so grateful when I see people hold on to their garbage or cigarette butts until they can dispose of them properly. Thank you to everyone who exerts that tiny bit of extra effort to use garbage cans and encourages others to do the same. Council will do this cleanup again; I believe before the snow flies. We will soon advertise the time and day and we invite all business and residents to join us. Either clean up your own back yard or join us to clean up someone else’s. This is my plea to help us keep our City beautiful. Thanks for your efforts.” 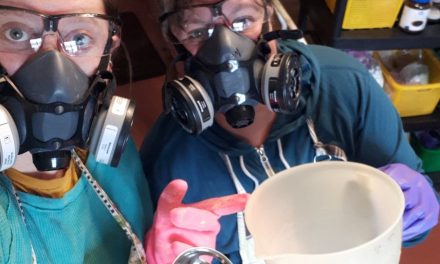 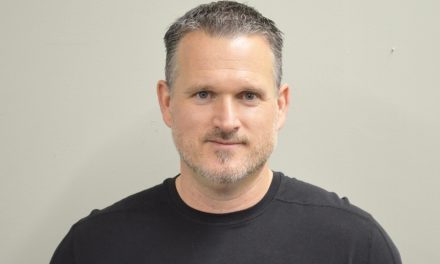 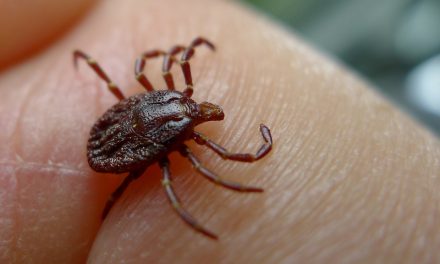 Watch out for ticks this spring 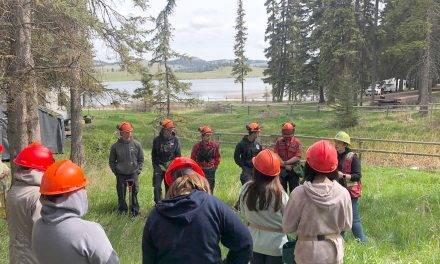