Counterfeit $20 shows up at credit union 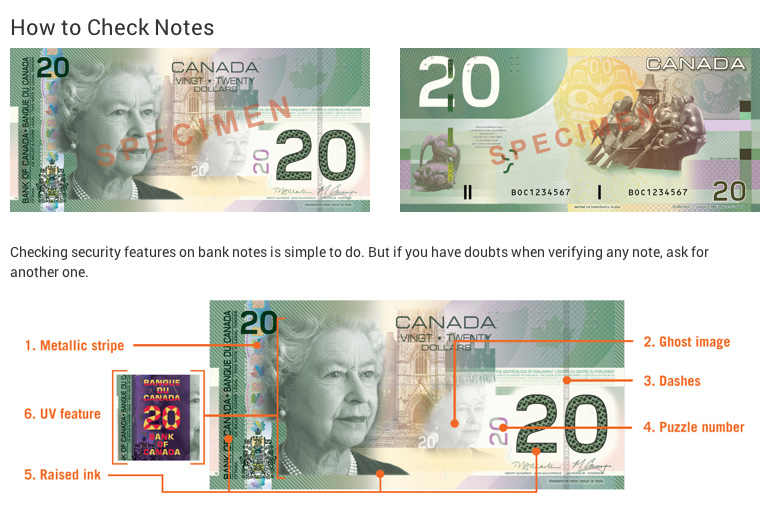 The paper set of Canadian legal tender is equipped with a variety of security features to check if you suspect to have been paid with a counterfeit bill. Bank of Canada photo

Merritt RCMP is warning local businesses to inspect and call police if they suspect cash they are being paid with to be counterfeit.

On Friday (Oct.2) it was reported to police that a fake paper $20 bill had been deposited at a local bank.

“It looks like it came in on one of their deposit bags from one of the local businesses, so a store probably took it,” said RCMP Const. Tracy Dunsmore.

The bill has gotten around too. Dunsmore said its serial number matched a number of reports from Vancouver Island.

“Victoria and the Saanich area have both had files on the same counterfeit bill,” Dunsmore said.

Dunsmore advised people visit the community policing office on Quilchena Avenue for information on how to spot a fake legal tender.

Canada’s last set of paper money, known as the Canadian Journey series, has a variety of security features to check including raised ink, a ghost image and UV feature.

The Bank of Canada advises people who suspect they may have been offered counterfeit money politely refuse the note, explain that you suspect it may be counterfeit and ask for another one. Suggest to the person they check the note with local police and inform the police yourself of a possible attempt to pass counterfeit money. 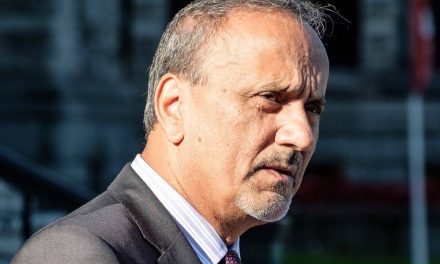 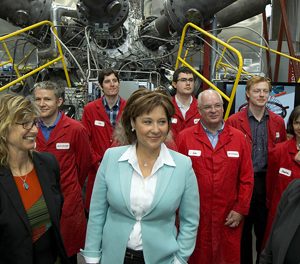