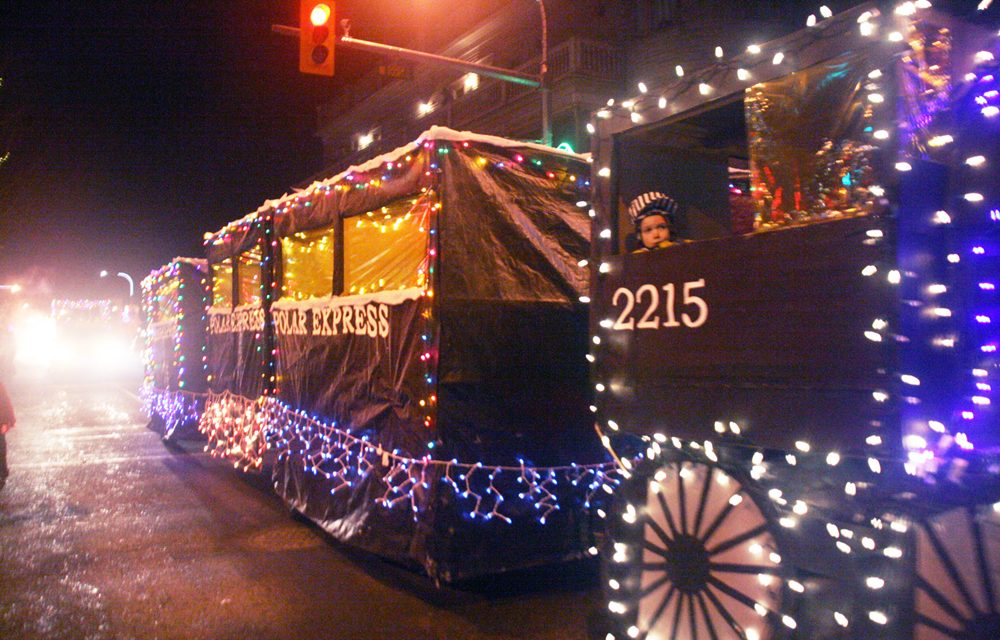 This year marks the return of the parade, along with the rest of the Country Christmas festivities. In its return, the parade looks to shake things up by introducing a different route. Committee President and Parade Head Carrie Ware believes that the change would make the parade a safer and more enjoyable experience.

On Friday, November 25, at 5 p.m., the floats and attendees of the parade will begin to gather on Canford Avenue. Much different than the last parade where the Civic Centre was made the gathering spot.

By 7 p.m. the parade will begin by the Elks Hall, turning to Coldwater Avenue, then Chapman Street, along Coutlee Avenue, turning at Charters Street, and finally turning to Quilchena Avenue, ending the route by Trinity Church.

“We have changed the parade route for several reasons,” said Ware. “The main reason is due to safety.”

The old route started at the Civic Centre going down Chapman Street, crossing Nicola Avenue until reaching Quilchena Avenue, by Trinity Church, turning right and dispersing by the Q101 building.

“You’ve got an accident waiting to happen on the highway and as we’re crossing the highway, there’s more red tape that we now need to deal with; we now need to get the Ministry of Transportation involved, we now need an RCMP officer or a certified traffic enforcer to handle the flow of traffic.”

Ware added that the old route entailed vehicles making turns in residential areas that are unsuitable for their size.

“You’re talking about residential street width,” she said. “You’re not talking about highway width and we’ve got transport trucks in our parade, they don’t corner well on things like that. People often underestimate how wide these trucks need to swing each corner, resulting in a number of near misses of kids in the past.”

With the introduction of this change, Ware acknowledged that a number of people were against it but she ultimately believes that it would benefit the event overall.

The Country Christmas Parade is one of the main events during the week of festivities. Ware notes that it was even once regarded as “one of the top winter night parades in North America.”

Roughly 35 floats were registered as of Monday, November 21, a very decent outcome compared to the average of roughly 50 floats in years past.

The parade is a longstanding tradition that only took a break the past two years because of both the COVID-19 pandemic and last year’s flooding event.

“It’s a lot of work but it’s worth it when you see the people downtown screaming and yelling at their favourite floats.”

She mentions that there will be judges that will pick a float in the following categories:

Ware also noted that the ‘Polar Express’ will be a feature returning this year.

“You’ll see that going downtown, lit up, smoke coming out of the smoke stack, and horns honking.”

The Country Christmas Parade will be on Friday, November 25, beginning at 7 p.m.