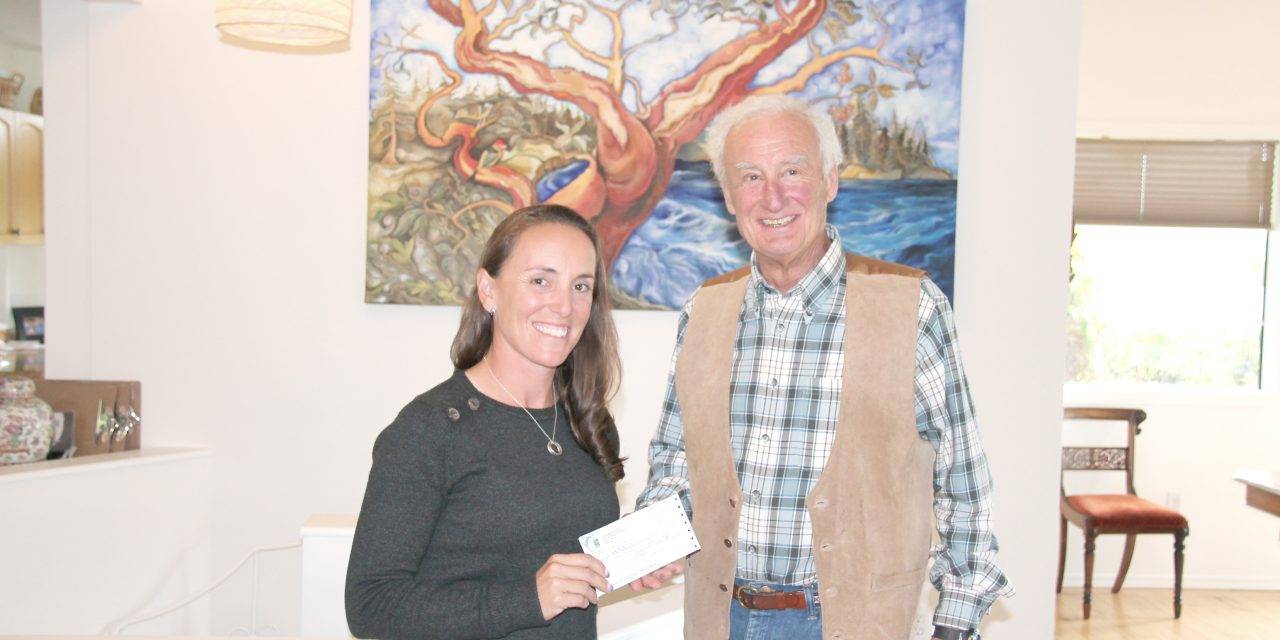 After another successful weekend of eventing at Millstreet, Ireland, Merritt-born and raised equestrian Dana Cooke has donated a total of $4500 to the Merritt Rotary Club’s flood relief fund, after blowing past her original fundraising goal.

Returning to Merritt for the first time in nearly three years, Cooke sat down with the Herald to talk eventing, her love for her hometown, and exciting plans for the athlete’s future. Recently competing at Millstreet International Horse Trials in Millstreet Ireland, Cooke hopes to be selected as a
member of the Canadian team at the World Equestrian Games (WEG) in August.

“I’ll go back and forth for the summer and compete with my horse, doing a couple shows throughout the summer. My ideal plan is to get selected for the World Equestrian Games in September,” said Cooke.

If not chosen for the WEG in Slovakia this year, Cooke will compete in other high profile eventing competitions throughout the United Kingdom this summer, but she remains hopeful about her shot at claiming a spot on the Canadian team.

Despite now residing near Mooresville, North Carolina, Cooke has always considered Canada her home. Being born and raised in Merritt, she says her love of the sport began here, and seeing the community devastated by November’s flooding after a summer of wildfires prompted her to give back.

“As I was raising money, Merritt was also struggling because of the floods and the fires. Originally I was going to donate 5 percent of everything raised to the Merritt Relief Fund, but I raised a bit more than I needed so I’m doing 10 percent.”

“I have raised enough money to fund all my projects and to give back to Merritt. There were a lot of generous people, it was actually a little overwhelming.”

The Merritt Rotary Club said it was grateful for the donation, as it continues to provide relief to Merrittonians who were affected by November’s flooding event. Hundreds of residents remain displaced as a result of the flooding.

Eventing sponsors, fundraising events, and Cooke’s family all pitched in time and funds to make both the local athlete’s goals possible, and give back to the community that raised her.