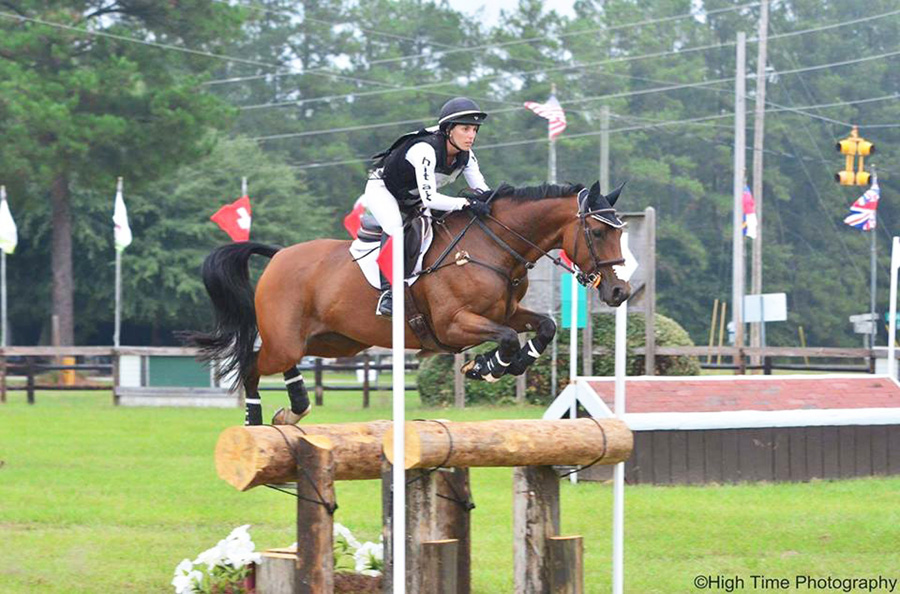 After another successful weekend in Kentucky, Merritt-born and raised equestrian Dana Cooke has her sights set on attending the World Equestrian Games and giving back to her hometown.

Cooke spoke with the Herald after placing 5th, and claiming the top Canadian spot, in the CCI 4*-S at the Land Rover Kentucky 3 Day Event from April 28 to May 1.

“Merritt had suffered a lot of devastation and damage over the past year, and it’s my hometown. I’m not able to be there in person to help out, so this is the way I felt like I could,” said Cooke.

Currently raising funds for her spot at the World Equestrian Games, a portion of the proceeds will go to Cooke’s “Merritt Relief Fund,” hoping to
provide aid to those in the community who continue to recover from November’s flooding.

Recently, Cooke has hosted an online auction as well as a fundraiser event at Kingfisher Park in Mooresville, North Carolina, now home for the Canadian born equestrian.

Next, Cooke will compete in the Millstreet International Event in Ireland from June 2 to 4. After the competition, she plans to return to the Nicola Valley for the first time in three years.

“I was teaching in Oregon and I planned to fly home in November, but that’s when the flooding happened. I’ve been trying really hard to get back to Merritt and back to BC for three years.”

Cooke hopes to raise awareness around the sport as a whole, which she says is at risk of being removed from the next Olympic games.

“Our sport is a lot different than any other sport. You have an animal involved, so you need to be a good athlete as a human as well as communicate with your horses.”

For more information on how to donate please email Marcia Cooper at marciacooper@telus.net.