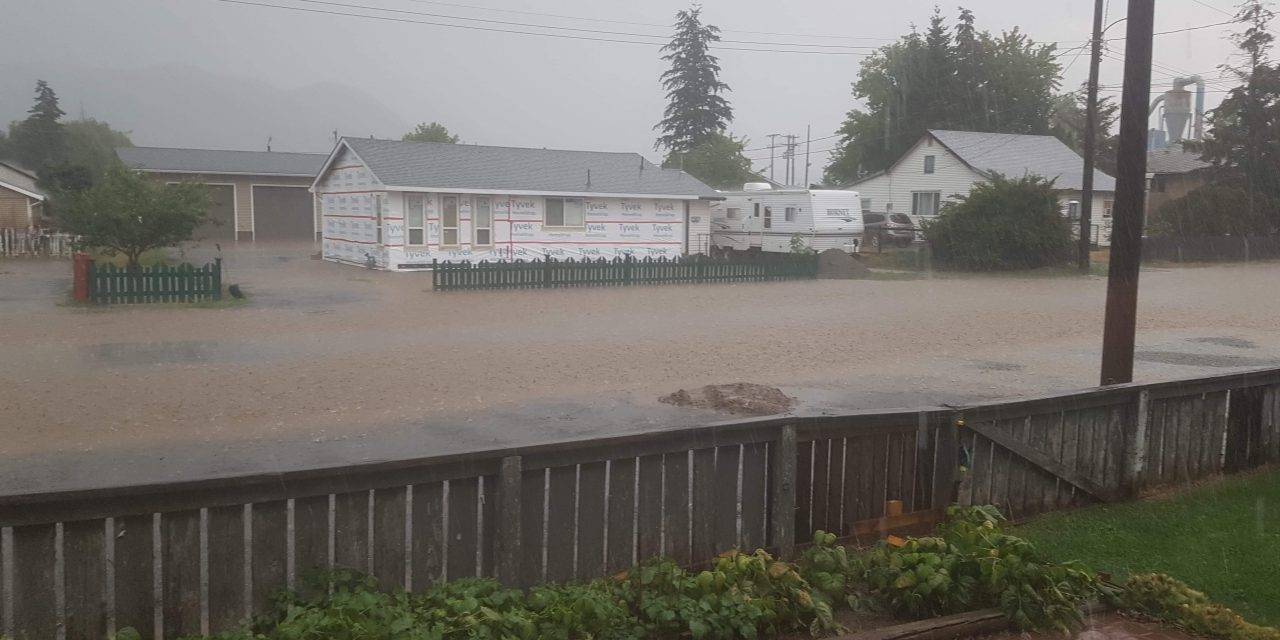 Thursday's flash floods, although quick, had proven to be damaging for some residents in Merritt. Photo/Frank Craig

The City of Merritt has once again faced a rare weather occurrence, setting residents back from recovering while they are still dealing with the impacts of last year’s atmospheric river event.

Thunder storms rolled into the Nicola Valley late last week, causing heavy rainfall which led to flash flooding. A number of residents who are still recovering from the previous flood now have to face a new set of damages to their properties brought on by yet another climate disaster.

After months of intensive labour to restore her house, Shirley Bobroske was finally able to move back in to her property the last week of July. With the help of her four kids, the 85 year-old woman was able to bring back her house to a livable condition after it had incurred significant damages from last year’s November floods.

“It ruined everything within two feet,” she explained. “My fridge, stove, washer, dryer, hot water tank, were all damaged,”

Bobroske has been living in her property on Collett Street for a long time. She has been a resident of Merritt for 75 years. Currently she is living alone, continuing to sort out and salvage items that were ravaged by the flood.

Unfortunately, when the flash floods first hit on Thursday, August 11, the senior was not prepared.

“The flash flood poured directly into my yard and car port, running 10 feet wide and eight inches deep, like a river from across the road,” she described. 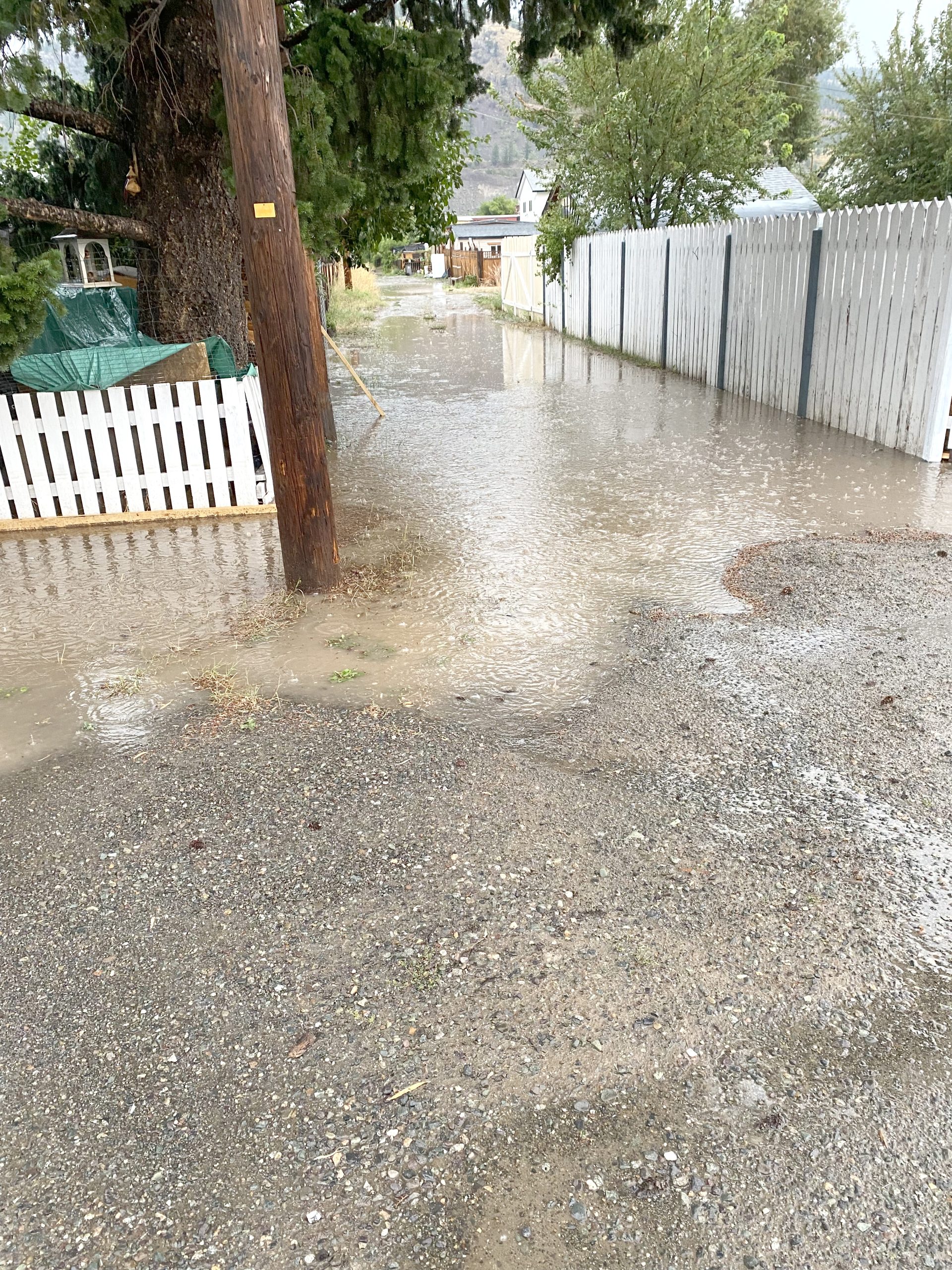 “It wet everything that was in the car port I was sorting from the eight months of damage that I’ve been trying to correct.”

Uneven roads had directed the pool of water into Bobroske’s property. The incident happened so quick that it left able adults, much less, seniors without any time to react.

“I had to take medication for my heart the night it happened and then I had a bad morning the following day. I couldn’t sleep and I had to take Ativan to calm myself down. I am very upset with all of this.”

Though in distress, Bobroske wanted to recognize the City as they were able to respond to her call quickly. With the odds piled up against her once more, this Merritonian has no option but to pick herself back up and start over.

“Right now, I’m just sorting things out again, salvaging what I can and throwing things that were ruined out.”

Similar to Bobroske is a seven-year resident of Clarke Avenue. Frank Craig is a retiree who is still reeling from the gut punch last year’s flood threw him.

“My crawlspace where my furnace and hot water tank were, got fully flooded,” he described.

“The water went up to a foot on the main floor of my house and destroyed the floors and the insulation behind the walls. I also had to repair the electrical wiring and the plumbing, it was a fairly damaged home.”

Like the rest of the local residents, Craig was ordered to evacuate from Merritt late last year. He stayed with his daughter in Kamloops initially then lived with his neighbour for a while until he purchased a small trailer that he parked in front of the driveway of his damaged home.

“I was living in the trailer last year when it was -32 C and that wasn’t a very happy time,” he remembered. “I was going through a bottle of propane a day to heat the place. It’s not something that you’d want to be doing.”

Finding it more financially feasible, Craig had opted to make most house repairs himself. Months of hard work was done to replace his property’s floors and install insulation within the walls.

“I have the time and my health allows me to do it right now,” Craig said. “I convinced myself that I would never have to do this again and I pushed through to get a lot of it done but now here we are.” 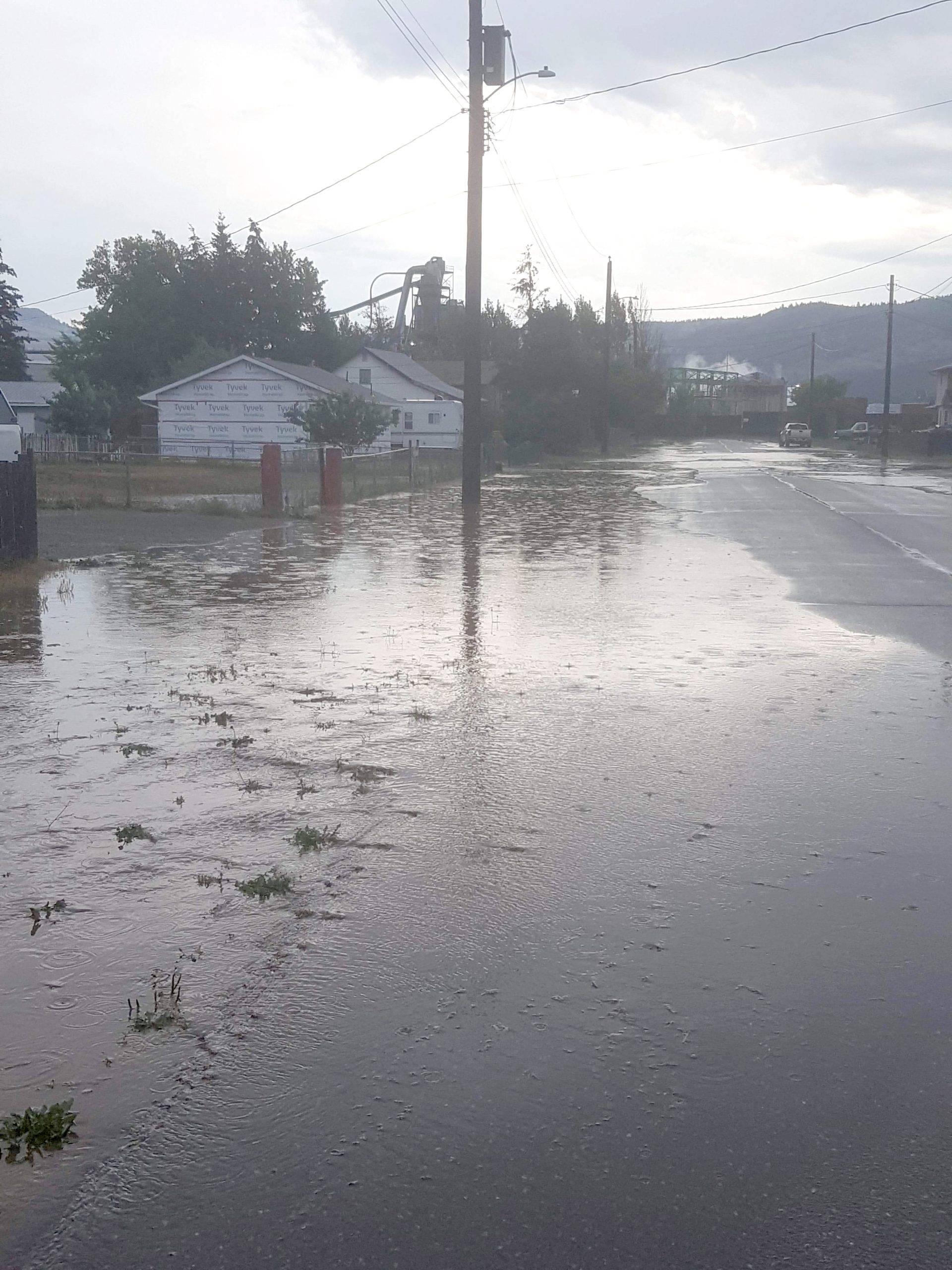 Last Thursday’s flash flood, though not as immense was just as damaging as the previous flooding event because most people were taken by surprise.

“It definitely caught me off guard,” Craig said. “I had plans to go out that evening but I happened to notice the dark clouds coming up the valley and then I realized it was going to be one of those events and sure enough, it was.”

“I hadn’t even hooked it up electrically, it was only connected to plumbing and has never been used,” Craig explained. “I found it upside down and saturated with water. It wouldn’t be reliable to use anymore so I’ve elected to just replace it again.”

Craig had to shovel mud and pump the water in his basement out once again. In one fell swoop, insulation, he spent months installing, have been ruined and had to be ripped out.

“It’s evident that our infrastructure isn’t adequate to handle today’s storms,” said Craig. “It needs to be upgraded badly. There are no storm drains on my end of the street and as I understand it, places that did still weren’t able to contain the amount water.”

Craig described this incident as a deja-vu, likening it to the atmospheric river event last November. The whole ordeal has been very frustrating for the Merritt local as the flash floods set his progress back from recovery.

“I’m just have to continue on,” he said. “I haven’t thought that far ahead so everything will get sorted out as I go.”

In speaking with Mayor Linda Brown, she explained that the city’s stormwater infrastructure takes time to fully infiltrate, which wasn’t able to happen in Thursday’s thunderstorm as there was significant rainfall over a short period of time.

Public work crews and Merritt Fire and Rescue Department responded to calls such as Bobroske’s and the city sent people out to ensure storm drains were operating properly.

“With the November 2021 flood in recent memory, we understand how this isolated incident adds to the community’s frustrations, and fears,” said Brown.

“Isolated thunderstorms with heavy rain always have the potential to cause problems, and we know from recent experience that they are getting worse. Long-term, we want to make Merritt more resilient to disaster, using and updating as necessary documents like our Integrated Stormwater Master Plan.”

Brown also mentioned that the City of Merritt is currently seeking funding from Government Ministers to pay for the upgrades to Merritt’s infrastructure. The upgrades will prepare the city for natural disasters of all types.

“We expect our government to assist, and will continue to make the case for why we need more investment in this beautiful community we get to call home.”