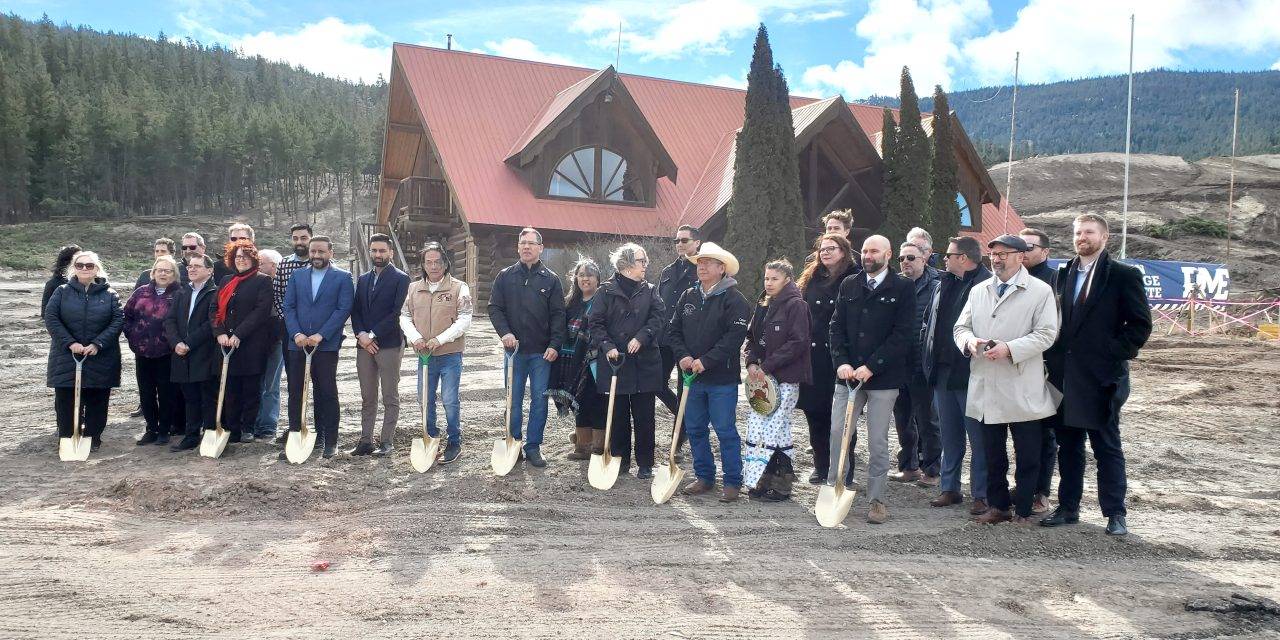 The Province awarded a $1 million rural development grant to the Scw’exmx Tribal Council for the Gateway 286 project.

The funding will go toward fire protection infrastructure to further the progress of this multi-phased economic asset for the region.

“The Gateway 286 project is a 30-plus-year vision of past and present Nicola Valley Indigenous Chiefs and these monies will take our commercial and tourism development one more step closer to reality. This project will enhance the experience of the travelling public by providing much-needed services, and it will provide good-paying jobs and entrepreneurial opportunities for the residents of the Nicola Valley.”

Gateway 286 is a commercial and tourism-focused development that will act as a replacement for the highway rest stop that has been closed since 2018.

“We were very sad to see the visitor centre close,” said Fraser-Nicola MLA, Jackie Tegart. “We’ve had a number of issues because people use it as a natural stop on the highway.”

Gateway 286 boasts more than 30,000 square feet of land that will be developed into a commercial retail space.

The project plans to feature a gas station, convenience store, food and coffee establishments, public washrooms and a central plaza.
RVs, tow-behind trailers, and vehicles of Godey Creek visitors will be accommodated by a large parking space. The project also aims to be home to the largest electric car charging station in western Canada.

Rainwater run off will be implemented in the gateway. Project planners want to emphasize sustainability and resource efficiency by having a water feature using only collected and controlled rain water. There will also be drought resistant landscaping and metered service connections at the site.

“To hear that they’ve gotten support from the provincial government to help with fire mitigation of the project is great news,” said Tegart.

“I know it’s a long term project but this is one of the many steps in the way to the future.”

The rural development grant came as a part of a trio of grants awarded to the Nicola Valley. $1 million will go towards the development of a community abattoir and $500,000 will be awarded to the CIty of Merritt to assist in the economic recovery of flood affected communities.

“The announcement today is fantastic,” said Tegart. “A total of $2.5 million in grants is really great news for the Valley!”