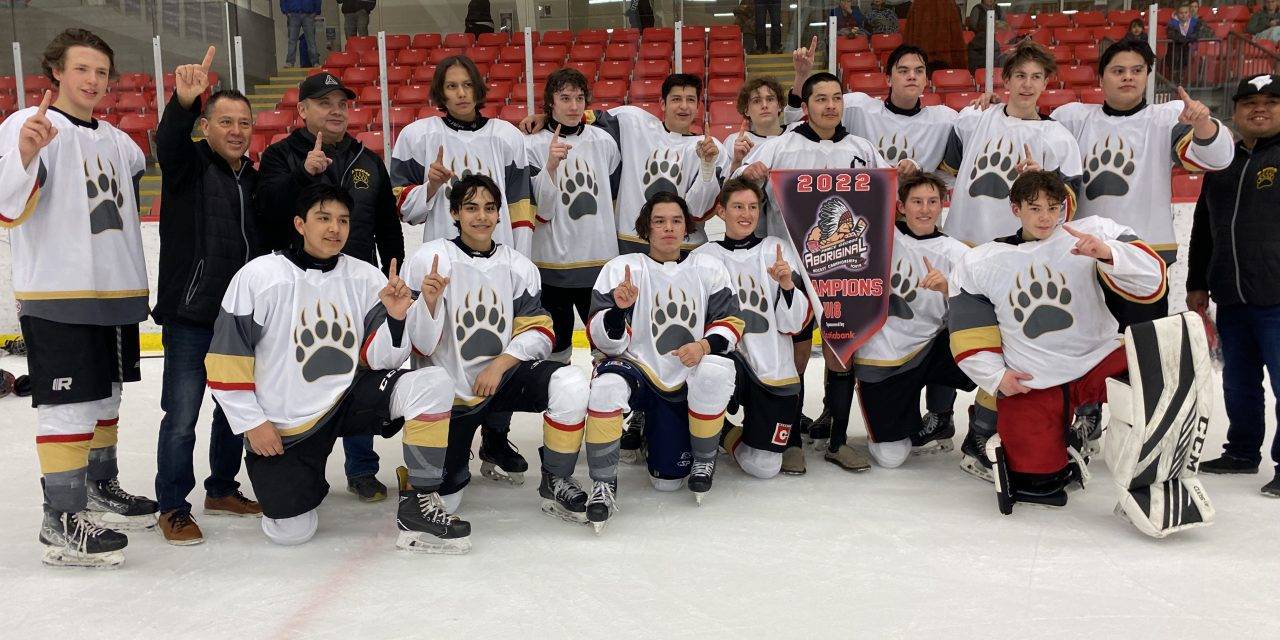 It was a great weekend of hockey beginning Friday, April 1, for the Nicola Valley Jr. Grizzlies as they won the Prince George Aboriginal Hockey chip.

The U18 team amazingly pulled off an upset win against heavy favourites, Takla Screaming Eagles.

The Grizzlies started off the tournament strong, winning two straight games against Witset’ Jr. Bears and Northwest. Unfortunately they would fall short in their next game against the Screaming Eagles with a score of 4-6.

The Grizzlies then won their next game against Stellat’n Wildcats, earning a slot in the championship round where they faced the Screaming Eagles once more.

“They were the definite underdogs,” said Ivy McRae, mother of Jalen McRae. “There were moments of the team morale definitely boosting, we’ve heard a lot of ‘Grizz up!’, but we definitely knew that there was going to be a lot of work that had to go in to get to the final game.”

The rematch turned out different than the first encounter as the Grizzlies defeated the Screaming Eagles with a final score of 3-0.

“For my team and I to play together in the Prince George Aboriginal Youth Hockey Championships after COVID was so much fun,” said Jalen McRae.
McRae was the Grizzlies’ high point man with a total of six goals and five assists.

“Seeing the amount of Indigenous youth come together to compete was an awesome sight and a good reminder of our Indigenous history and the strength that Indigenous people bring to the game of hockey. Playing in an arena full of my people cheering for and against us is a different feeling; it’s electric.”

The Prince George Aboriginal Youth Hockey Championships is an annual tournament that usually takes place on the first weekend of April. Unfortunately, the competition was canceled for the past two years due to the COVID-19 pandemic.

The tournament also featured another championship team with Merritt players. The Kamloops Crushers defeated the Moberly Moose to become champions of the U11 division.

The squad also consisted of players from Kamloops and Ashcroft. The win was very impressive because the players had to develop chemistry on the fly.

“I think for this group, because of their age, and never playing with each other as a team before, it was a little bit nerve racking for them.” said Jenny Stirling, mother of Covin Pierce.

The Crushers had a very convincing win in the championship round defeating the Moose with a final score of 4-0.