Highlights from ‘Thank Your Neighbour Day’ 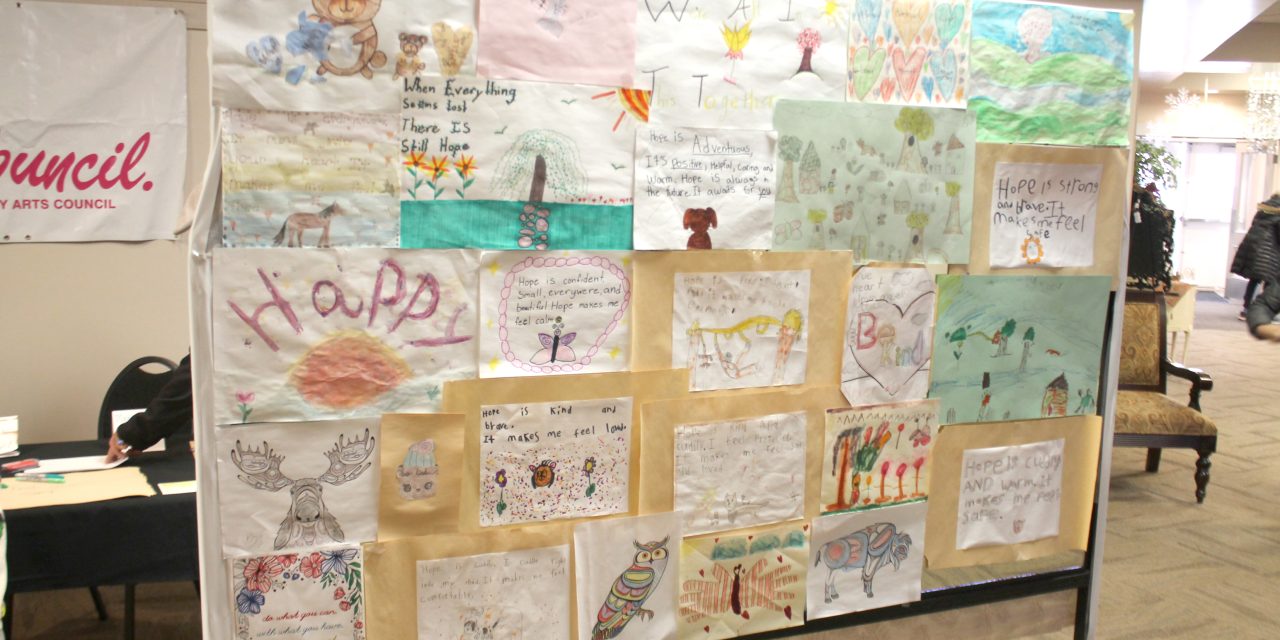 Hundreds of Merrittonians visited the Merritt Civic Centre on Saturday, November 19, to commemorate the one year anniversary of the historic flooding. Marius Auer/Herald

Thank Your Neighbour Day was held at the Merritt Civic Centre on November 19, commemorating the one year anniversary of the devastating flooding in the City of Merritt, and across the southern interior of B.C. Non-profit organizations, governments, and individuals alike came together to show that Merrittonians are strong and resilient people, just one year after many of them lost everything.

The Thank your Neighbour event featured a number of booths by non profit organizations and various support services, boards featuring community sourced stories about the flood and recovery from it, and information about the City’s ongoing recovery and mitigation efforts. A free of charge lunch was provided by Wood’s Barbecue, the Rotary Club of Merritt, and Salvation Army. Hundreds of Merrittonians visited the Civic Centre throughout the day, for both the flood commemoration and adjoining Home Based Business Fair.

“I thought it was an excellent turnout, and I thought the day went incredibly well,” said Leslee Lucy, president of Merritt’s Rotary Club.

“It was really great to see so many people out. A lot of them them were there for the craft fair, but they did come over our way, and I think it was a perfect mix, because there was a lot of people that maybe wouldn’t have come and looked at what the city is doing and things like that had they not come down for the craft fair.”

Spearheaded by the City of Merritt, Thank Your Neighbour Day was a collaboration between the City and a number of non-profit organizations. The event served as a venue for connection, reflection, and support. Many Merrittonians are still affected by the result of the flooding event, including some that remain displaced from their home more than one year after the fact.

Merritt Mayor Mike Goetz has publicly stated that flood recovery and mitigation efforts are a top priority for the City, beginning with the lobbying of provincial and federal governments for financial assistance. A number of initiatives, such as the City-owned mobile homes for flood affected residents in Diamondvale Trailer Park, are currently underway. A number of organizations have supported residents in their recovery, including the Rotary Club, through its flood recovery fund.

“I’ve found that you don’t really know what somebody else is going through until you’ve gone through it yourself,” added Lucy.

“Once you’ve gone through something, I personally feel that you have a moral obligation to share that experience with other people when they are going through it. You can help them to shortcut some of the things that we learned along the way.”

Lucy said that the event went well, and it was great to see the community move forward after a horrendous year, the effects of which still linger and remain front and centre for some.