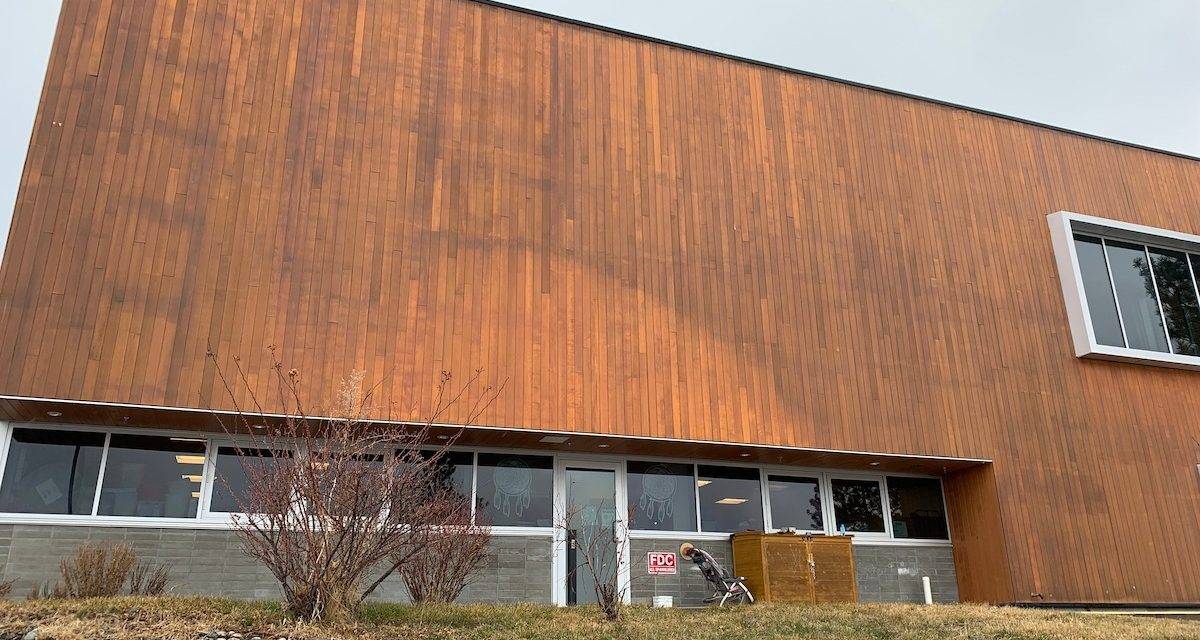 According to Kelly L’Hirondelle, Executive Director of Conayt Friendship Society, the new Head Start will receive $569,000 annually, as well as pre-operating costs, which has facilitated the purchase of play equipment, cooking supplies and utensils, as well as logistical and administration equipment. NVIT provided a discounted lease, and the availability of a suitable space at the campus helped to secure the funding.

Conayt Head Start will offer Monday to Friday childcare to up to twelve infants under 36 months of age, and 16 toddlers aged 36 months to six years, at no cost to Indigenous families and children of students and staff attending NVIT. Eight staff, including Early Childhood Educators (ECE) and ECE assistants, as well as a cook to handle nutrition programs, will be brought on board.

“Food is a big component in our Indigenous communities so we’ll follow the Aboriginal Food Guide, there will be a cook on site that cooks nutritious meals for them,” said L’Hirondelle.

L’Hirondelle has previous experience with Head Start, having opened one as part of the Métis Community Services Society in Kelowna.

“It’s such an amazing program to be able to provide full time, Monday to Friday child care that’s cultural in nature.”

There will be a strong focus on Indigenous teachings and cultural awareness, with children learning singing, drumming and Indigenous languages. There will also be “on the land” excursions, where children are taken outdoors to learn traditional skills. NVIT is a prime location for this as the campus backs on to Merritt’s benchlands and also features a traditional medicine garden.

“They’re very parent and community driven,” L’Hirondelle said, noting that there is a parent board that helps to guide the programming.

“There’s also a lot of elder involvement, there’s funding to give honorariums to elders to participate in some of the cultural programming.”

Conayt has an active elders group, and several of them have already expressed interest in taking part in the cultural activities.

In addition to traditional teachings, Head Start is similar to a pre-school program, focusing on Kindergarten readiness and teaching basic life skills to children.

“A lot of it is the basic things like washing your hands and learning to go to the potty, cleaning up after yourself and sharing, those types of things,” explained L’Hirondelle.

The six foundation principles of Aboriginal Head Start, which the Conayt Head Start program will adhere to, are:

The fact that the program will be cost free for families is also a game changer, L’Hirondelle believes.

“Childcare is so expensive, next to housing it’s the second biggest cost that families experience,” said L’Hirondelle.

“And with the cost of living, especially after the floods in Merritt, you can imagine if you were going to go to a daycare and you had to pay $1200 to $1400 and now you don’t have to pay that, how much more money you would have to put into your family, or saving up to buy a house, things like that.”

“The Nicola Valley Institute of Technology looks forward to the new partnership with Conayt Friendship Society and the Métis Society to offer an Aboriginal Head Start Program at the Merritt Campus,” said Sue Sterling-Bur, Vice President of Students at NVIT.

“NVIT recognizes the importance of early childhood development, and we are excited that Conayt will be offering spiritually enriching and culturally safe childcare that will provide Indigenous children with the best opportunity for healthy growth and development.”