Insurance losses in Lytton now estimated at over $100 million 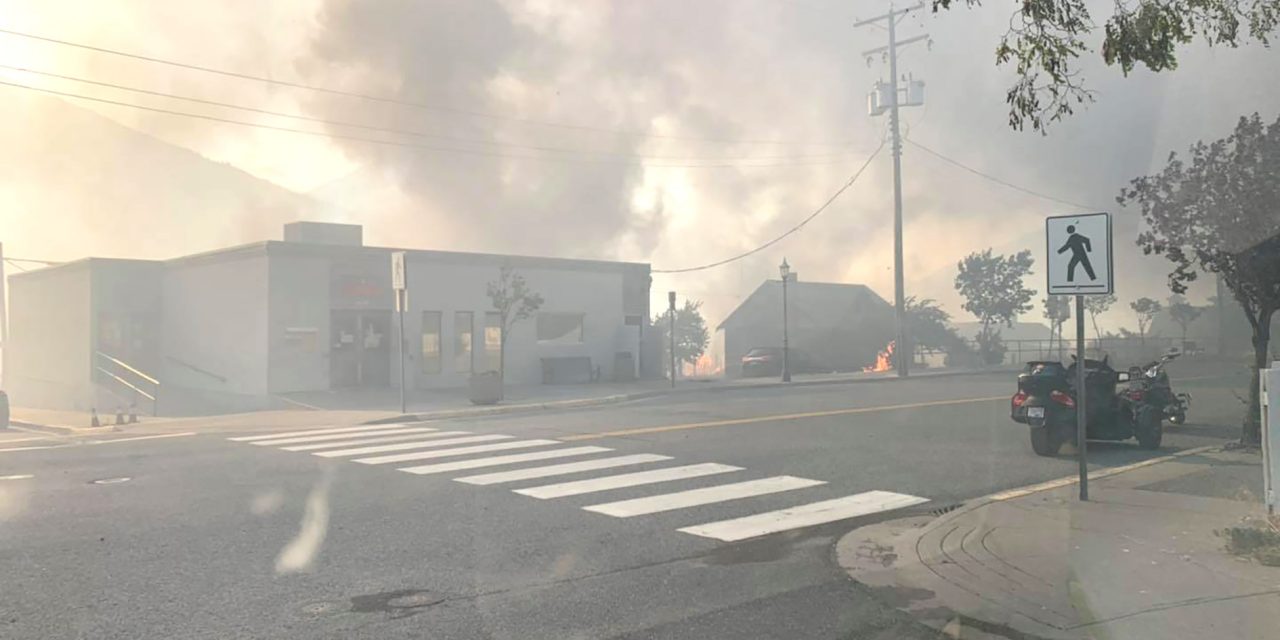 A file photo shows the Village of Lytton on fire in June of 2021.

Insurance losses within the Village of Lytton have surpassed nine figures according to the Insurance Bureau of Canada, now at $102 million.

Approximately 90% of Lytton burned to the ground on June 30, 2021, during the dry, hot wildfire season that ravaged much of the BC Interior.

At the time, it was estimated that the rebuilding cost would be approximately $78 million. That number has continued to rise due to constant delays in rebuilding the village, which has not seen any significant structural updates since the wildfire.

As rebuilding costs continue to rise, there have still not been any building permits issued within Lytton, according to Bureau VP Arron Sutherland.

“We commend those leading recovery efforts, but greater urgency is needed.The community remains much the same today as it was immediately following the fire, only now it is blanketed by several inches of snow,” Sutherland said.

He added that this creates even more conflict with removing ash and debris that continues to cover the town, adding to the lack of prospect of beginning any rebuild.

“The ongoing uncertainty only makes this devastating situation even harder for many impacted residents. Tragically, long delays in the recovery process may result in fewer residents returning to the community.”

Fraser-Nicola MLA Jackie Tegart, who represents both Merritt and Lytton, has been quite vocal in the ongoing saga in the rebuild of the village.

“It has been 198 days since the fire swept through the village, destroying homes and businesses, and upending the lives of hundreds of people,” said Tegart on Jan. 14.

“For months now, Lytton residents have been waiting for the support they were promised and the resources needed to start the process of rebuilding their lives. There is good work being done by the people on the ground to get services back into the village, but many of the key overarching supports promised by the provincial government are nowhere to be seen.

“For most residents and business owners, the only difference between July 1, 2021, and today, is the snow that’s now on the ground.”