Keep party politics out of office

Last week was an unusually partisan one in the House of Commons — even by Ottawa standards. At issue was the Standing Committee on Procedure and House Affairs (often referred to as PROC) where the leader of the official Opposition appeared as a witness to answer questions on the use of taxpayers’ funds in what some have described as partisan political satellite “outreach” offices.

The testimony and exchanges were testy, aggressive and revealing. Ultimately, this issue exposed what can be a fine line between activities that are deemed to be partisan as opposed to non-partisan.

This issue also illustrated there is a general difference of opinion and in some cases a lack of understanding on what the role of a member of Parliament’s office should be.?From my perspective, a member of Parliament’s office is ultimately a location to host meetings, meet with constituents and assist citizens on issues and concerns of importance that are raised relating to the federal government.

Providing information or other assistance to access government services and resolving conflicts are also common items that arise.

Collectively, an MP office budget is funded from the House of Commons following regulations established by the all-party Board of Internal Economy and then administered through non-partisan public officials.

Although there are many safeguards and oversights to protect the interests of taxpayers, there are still aspects of an MP’s office that operate on a discretionary basis set by the member, who we should recognize is ultimately responsible.

Offices may have different operating structures based on how an individual MP allocates resources provided from what is known as the member’s office budget, often referred to as the MOB internally.?Each fiscal year, a set amount of money is advanced to a member of Parliament that covers all operational costs. At the end of a fiscal year (March 31), if the full amount of funds allocated are not used by the member of Parliament, 95 per cent of the balance will be returned to the House of Commons and five per cent can be carried over toward the next year’s budget.

Conversely, if a member of Parliament exceeds that office budget allotment, then the member is personally responsible for the amount over the fixed budget. Once an MP retires, resigns, or is defeated in an election, all funds remaining are returned to the House of Commons.

It should also be pointed out that there are reasonably firm guidelines in spending with requirements for receipts that ultimately are checked over by financial administration staff in Ottawa.

Over time, many unique rules have also been implemented, typically in response to questionable spending or other practices that occurred because a loophole was identified or a specific limitation was not in place outlining a prohibited action.

For example, it is now in the Members’ Office Rulebook that a short-term “travel companion” cannot be hired. While I can only speculate how this rule came into being, it is the rule that for any employee to be eligible for a travel expense, said employee must be on staff for a minimum of 90 days.

One of the most important prevailing guidelines is that outside of Ottawa, office spending is for constituency-related work on behalf of constituents and should not be used in any way for partisan political activities.

In other words, activities that are intended to promote political interests should be funded by political parties and not from taxpayer-provided office budgets.

On that note, I would like to confirm that both my Penticton and West Kelowna offices operate under these principles in a non-partisan manner.

Office budgets are very carefully managed for maximum savings and political activities of any kind are not allowed. It is important for me that citizens have access to non-partisan offices that are focused on areas of citizens’ concerns and providing information as opposed to political objectives.

If you have further questions on this or any subject before the House of Commons, please contact my office directly. I can be reached at dan.albas@parl.gc.ca or toll free at 1-800-665-8711.

Special thanks to the Merritt RCMP 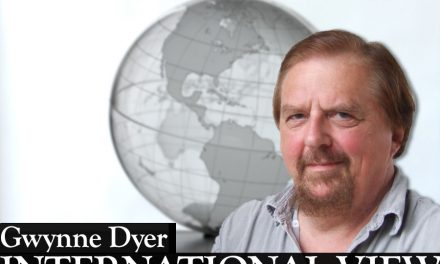 In defence of smart meter criticism