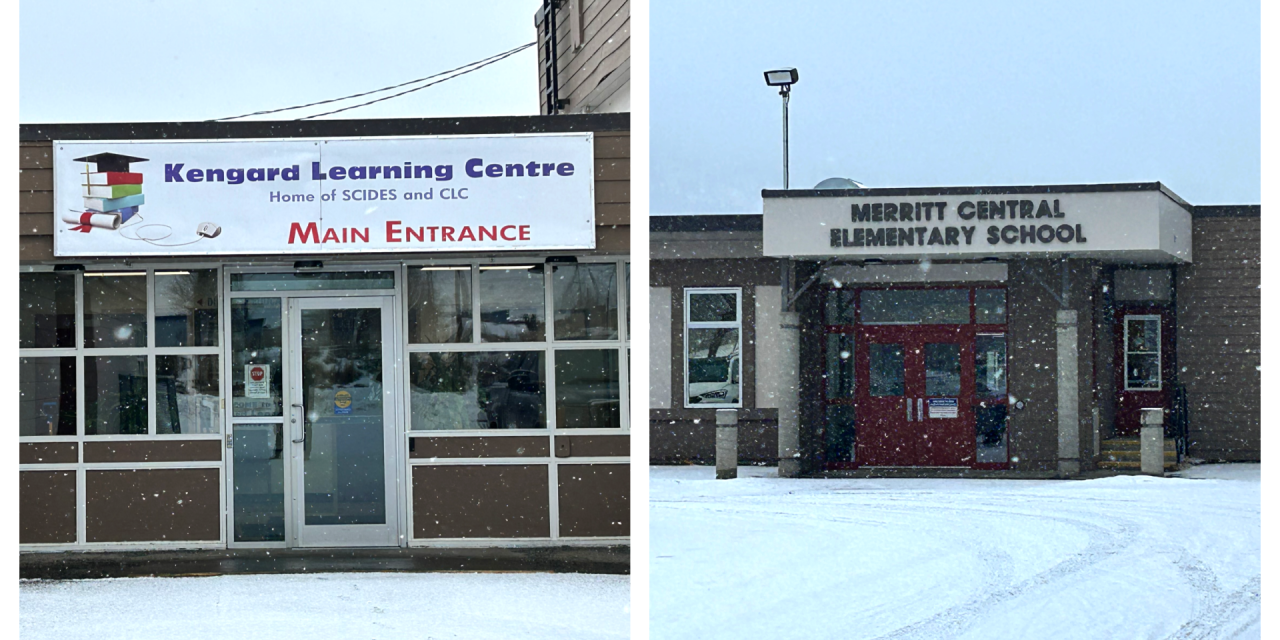 School District 58 has announced changes to its leadership teams in two local schools, including one elementary and Merritt’s distance education school. Photo/Herald File

A new year brings along new changes, and 2023 is no exception to that rule for School District 58, who made changes to their leadership teams at a number of Merritt schools. Merritt Central School and South Central Interior Distance Education School (SCIDES) both saw changes to their leadership team, with new principals taking over administrative duties at the schools.

In a letter to parents and families, SD58 announced that Dan Duncan of Merritt Central Elementary school was transferring to SCIDES to take on the role of principal there, with Natasha Omori moving up in Central’s ranks from vice principal to acting principal. The changes come not long after a switch up in leadership at Merritt Secondary School in late 2022, which saw principal Leroy Slanzi replaced by former vice principal Adriane Mouland after leaving the district for the principal position at Lower Nicola Indian Band (LNIB) School. SD58 officials called the new changes exciting.

“Mr. Duncan is excited about this new opportunity and looks forward to working with SCIDES families, students, and staff; learning more about his new role; and blending his previous experience into the online learning environment,” said SD58 Superintendent Stephen McNiven in a letter sent to students and their families.

“Mr. Duncan has served in our District as principal of both Diamond Vale Elementary and Merritt Central Elementary. He also brings 23 years of experience at the secondary level including adult education and career coordination.”

SCIDES has operated as a distance learning school in the Nicola Valley for decades, becoming one of the province’s first correspondence schools, which initially offered lessons and teaching via mail and other mediums before moving to an online format. After a recent announcement by the provincial government, SCIDES will be one of only 17 schools able to offer students programming regardless of their location in the province. Duncan will lead the school following principal Karen Goetz’s retirement on January 1, 2023.

Over at Merritt Central, students will see a familiar face in the principal’s office as former vice principal Natasha Omori takes over as acting principal. Omori has decades of experience in both elementary education and secondary student support services, with the district lauding her willingness to step into the new role upon Duncan’s departure.

“Ms. Omori has 23 years of teaching experience, including at Merritt Central Elementary, as well as in student support services at Merritt Secondary School,” added McNiven in his letter.

For more information on the recent changes, along with resources for students and families, visit the School District 58 website at www.sd58.bc.ca.