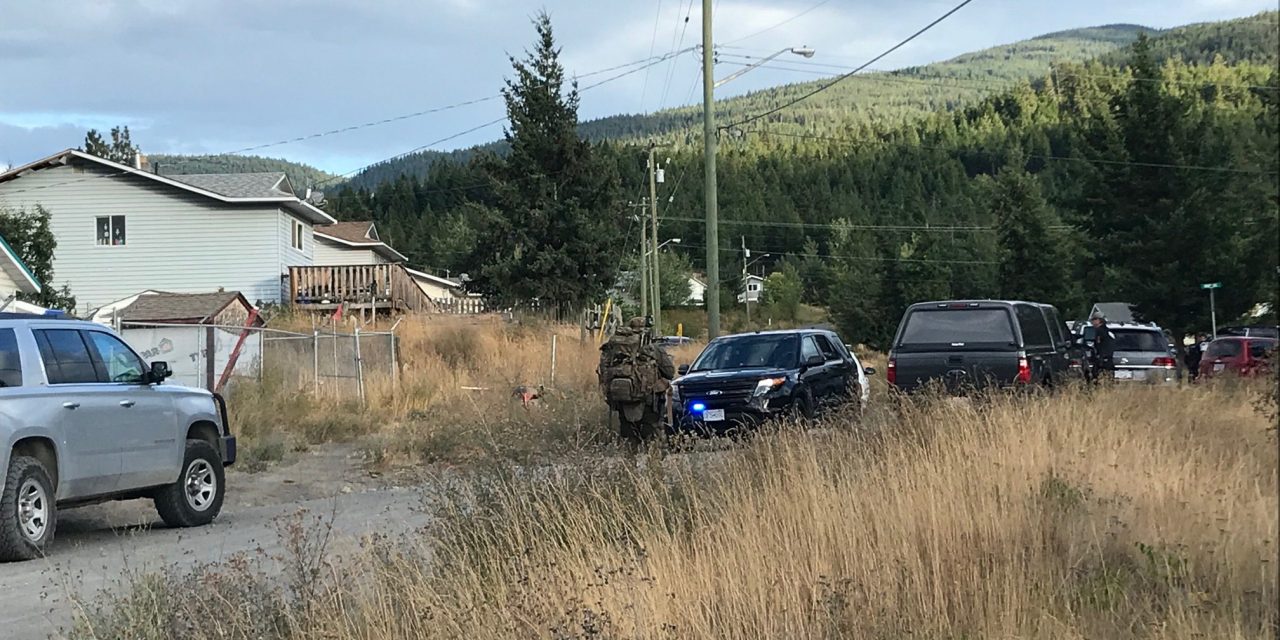 500th Avenue in the Coldwater reserve was the site of a large police presence on Saturday, leading to one arrest. Jake Courtepatte/Herald

A high-profile arrest was made on the Coldwater reserve on Saturday of a well-known fugitive.

Ronald Karlson was taken into custody by RCMP around 8:30p.m., after what was approximately a four or five-hour window of a police presence on 500th Avenue.

Police put out a warrant for the 31-year old Merritt man’s arrest in July when he was wanted on 14 different criminal charges, including assault with a weapon, robbery, theft of motor vehicle, and flight from police.

The Herald was on-scene for the majority of the incident on Saturday evening, where it was unknown who police were looking for inside the house until Karlson’s name was mentioned over a loudspeaker.

RCMP attempted to negotiate with the man for approximately an hour using the loudspeaker asking the man to walk out of the front door, before using projectiles to break windows.

An ambulance arrived just before 8:30p.m. to treat minor injuries, around the same time that unconfirmed sources told the Herald that a man had been taken into custody.

The Herald will be looking to find out more information as the RCMP makes it available. 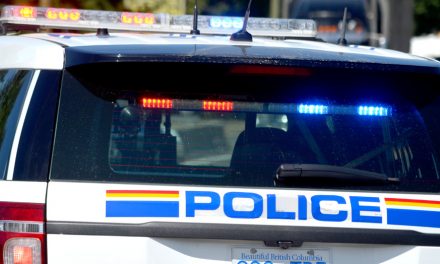 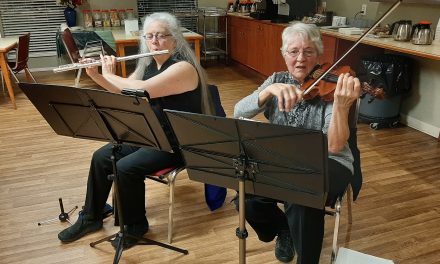 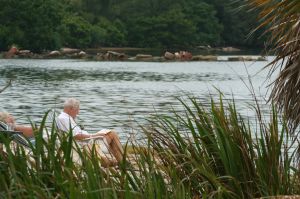