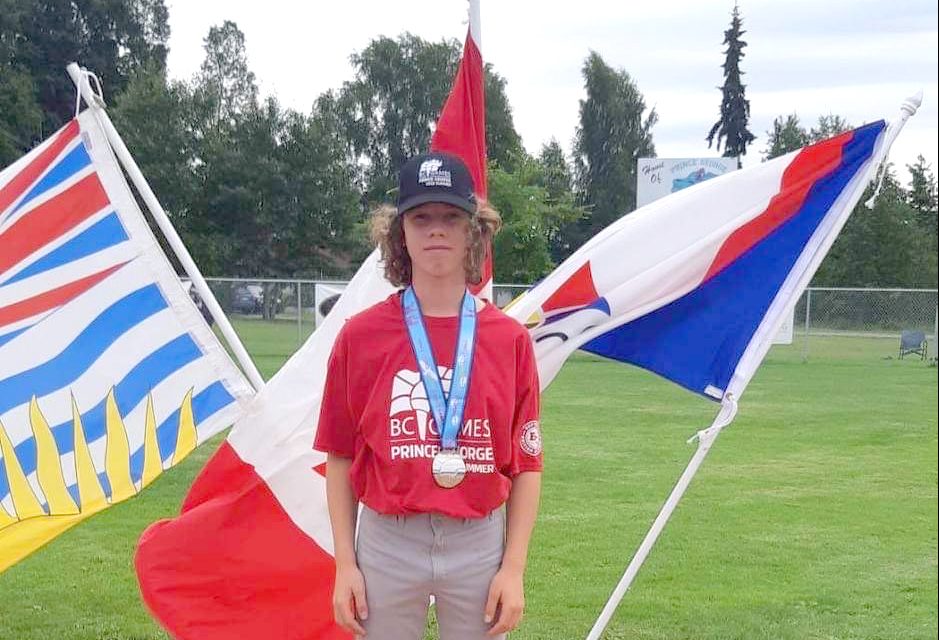 Merritt local Wyatt Streek was up to bat at this weekend’s BC Games in Prince George, a strong presence despite being the youngest player on the Thompson Okanagan U16 softball team. Photo/Darcie Kernachan

A young local softball player represented the City of Merritt at the BC Summer Games in Prince George recently, bringing home a silver medal after a four win, one loss weekend for his Thompson Okanagan U16 team.

Merritt local Wyatt Streek, a 13 year old softball player heading into Grade 8 at Merritt Secondary School this fall, is no stranger to pulling his weight on a team. When he was selected to be a part of the BC Summer Games on the July 24 weekend, Streek knew he would be the youngest player on the team by a few years. He was more than up to the challenge.

“I wanted to get it out there that he’s made it this far and he was really excited to get out there.”

Speaking with the Herald, Streek says he had been hard at work training leading up to the games, including a practice game with his team of U16 players from across the Interior of B.C. Streek has played softball since he was 9 years old, and truly has a ‘soft spot’ for the sport.

The BC Summer Games is a provincially sponsored event composed of dozens of teams from across the province, competing in 21 sports in a variety of skill levels. As a player for the Thompson Okanagan’s U16 boy’s softball team, Streek says it feels great to be selected and represent his hometown of Merritt.

“It’s been really good, and it’s been fun. I’m really happy because this is my first opportunity at something like this, and being selected out of a small town is pretty cool,” said Streek.

Three other local athletes took part in the summer games, representing the Nicola Valley and surrounding area in softball, rowing, and lacrosse. The Herald has reached out for comment. The event was highly popular, with thousands attending to take part and show off their athletic abilities.

“What an amazing experience for all. A ton of gratitude to our sponsors Summit Electric, Borrow Enterprises, and Clearwater Minor Ball. Congratulations boys! You made us proud,” added Kernachan.

The BC Winter Games will be held in Vernon from March 23 to 26, 2023. Player selections for its teams have not yet been finalized.