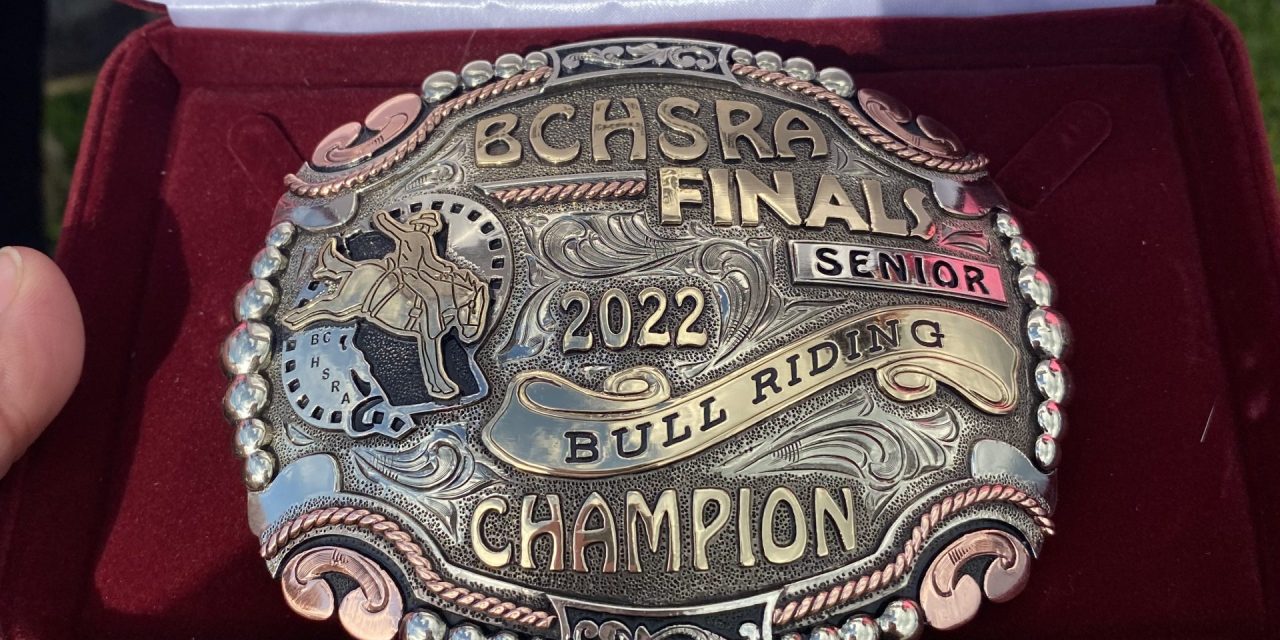 Bull riding is an extremely dangerous sport and unfortunately, Merritt local, David Sterling Jr. had to find this out the hard way.

“Last year I had a bull lacerating my liver and that put me in the hospital for a couple of days.”

This, however did not convince the young rider to call it quits. Rather, it only added fuel to the fire as he wanted to prove now, more than ever, that he belongs in the sport.

“Rodeo is all I can think about, I always imagine where I want to go with this sport.”

And prove he did. The 16-year-old came back to BC High School Rodeo with an unstifled sense of determination wanting to show that he is one of the best.

“It makes me feel alive, like I’m bulletproof,” said Sterling Jr., speaking on riding the bull which he describes as “conquering a 1700 pound beast.”

The BC High School Rodeo Association’s provincial tournament was the perfect backdrop for his journey, going up against eight other highly skilled contestants, but it was he who would go home with the title.

The Provincials took place in Quesnel, B.C. from June 10 – 12. Sterling Jr. edged out the competition and was able to take home the first place buckle, cash prize, and a scholarship from the association.

“I feel really good and I’m looking to make a comeback this year,” he said.

The young bull rider’s passion for the sport runs deep as he has been in it since he was enrolled in Little Britches Rodeo at 10 years old.

“He loves doing this sport,” said his mother, Tasha Sterling. “We didn’t push him into it. We asked him if he wanted to try and he said ‘sure’.

It is also worth noting that bull riding runs in Sterling Jr.’s family. His father, David Sr. rode for the Bull Riders Only Inc. in the States and the Canadian Professional Bull Riding (PBR).

“I couldn’t be any more prouder than a sunrise,” Sterling Sr. described his reaction to his son’s big win. “His smile is the biggest thing I see when he rides and it says everything.”

Aside from Sterling Jr. other Merrittonians were able to take home gold at Quesnel.

“I want to get to the National Finals at the end of my high school career,” said Sterling Jr.

“It’s going to take a lot of hard work but I’m excited about the process.”

Sterling Jr. is now getting ready for the Canadian Finals in Swift Current Saskatchewan, taking place from August 4 – 6.