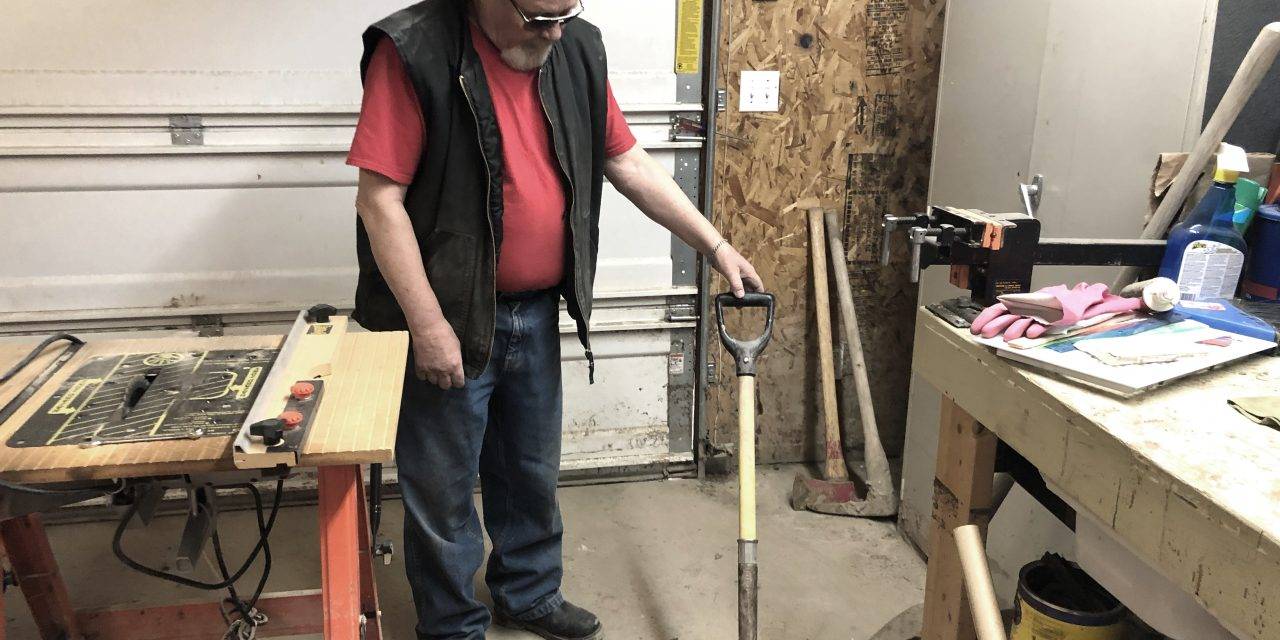 The November 2021 floods have caused enormous damage to many properties in the City of Merritt. Many homeowners now have to deal with damage repairs, insurance claims, and current living situations. It was not so apparent, however, that there would be break-ins and burglaries taking place in the aftermath.

Curtis Lawrence owns a home in Canford Avenue. On Monday, March 21, looters broke in to the Lawrence property and unfortunately this wasn’t the first time.

“This is the second time in less than two months,” said Lawrence. “The first time, they broke into my garage, stole tools and all kinds of stuff I had stashed in there.”

Since the flood, Robichaud and his partner Joan Jennings, had regularly gone to their property to work on the damages caused by the flood. On March 10, on the couple’s morning trip to the property, they realized something was amiss.

“I went to let the hens out for running around and I fell over this coil of industrial extension cord that belonged to Roger,” said Jennings. “He had it stored well away from the middle of the yard where I found it.”

Robichaud proceeded to grab tools and start repair work but, to his surprise, everything was gone.

“We found that they had come not only into the outsheds, but have also gone through his workshop and had taken anything that looked like it might be valuable,” Jennings recalled. “They’d also broken into the house and they’ve taken quite a lot of time, going through, picking and choosing exactly what they wanted.”

Tools, just shy of $2000 were stolen from Robichaud’s property. Nailers, sanders, wrenches, saws and chargers for items like drills were all taken by the looters who would come back again.

“Last week, we came and we found even more stuff gone,” said Jennings. “The neighbours on all sides have been broken into as well.”

Greg Solecki, Recovery Manager for the City of Merritt, notes that they are aware of the break-ins and have provided a solution.

“There have been concerns right from the beginning of last month,” said Solecki. “That is when we had heard about it and brought security on.”
Solecki explained that there would be two security guards with one covering the day and the other covering the night shifts, each would take about an hour to complete their rounds.

Being hit even after having security in place, the victims question if the response is enough.

“The city has paid security people but we don’t see them at night,” said Lawrence “I’ve camped out at my house on the odd evening just to keep an eye on the neighbourhood and I never see them.”

Lawrence then cited how the looters used large tools to break into his property and left them there.

“How can a guy walk down the street carrying a pick ax and a shovel to break into somebody’s house and not be seen or questioned?”

Early in the morning on March 11, Robichaud spotted a suspicious individual that looked like he might have stolen something from one of the houses. Instead of intervening, the Canford resident tried to inform security.

“He drove around for 20 minutes and he couldn’t find anybody in the area,” said Jennings. “We just think the security presence is not what it’s cracked up to be.”

The City has acknowledged these frustrations and have decided to have two security guards making rounds at night. Solecki advises concerned residents to start dialogue with the guards in order for them to have a more focused approach with their route.

“In the daytime, if some good contact is being made with security guards, they could try and do a bit more patrols for them but ultimately, if they are getting hit multiple times by these looters then I’d encourage them to work with the RCMP to see what can be done.”

Solecki explained if night security identifies a current theft in progress, that they will call 911 and will pass the information along to the morning shift who will inform the residents then. It is up to the resident to file a report with the RCMP.