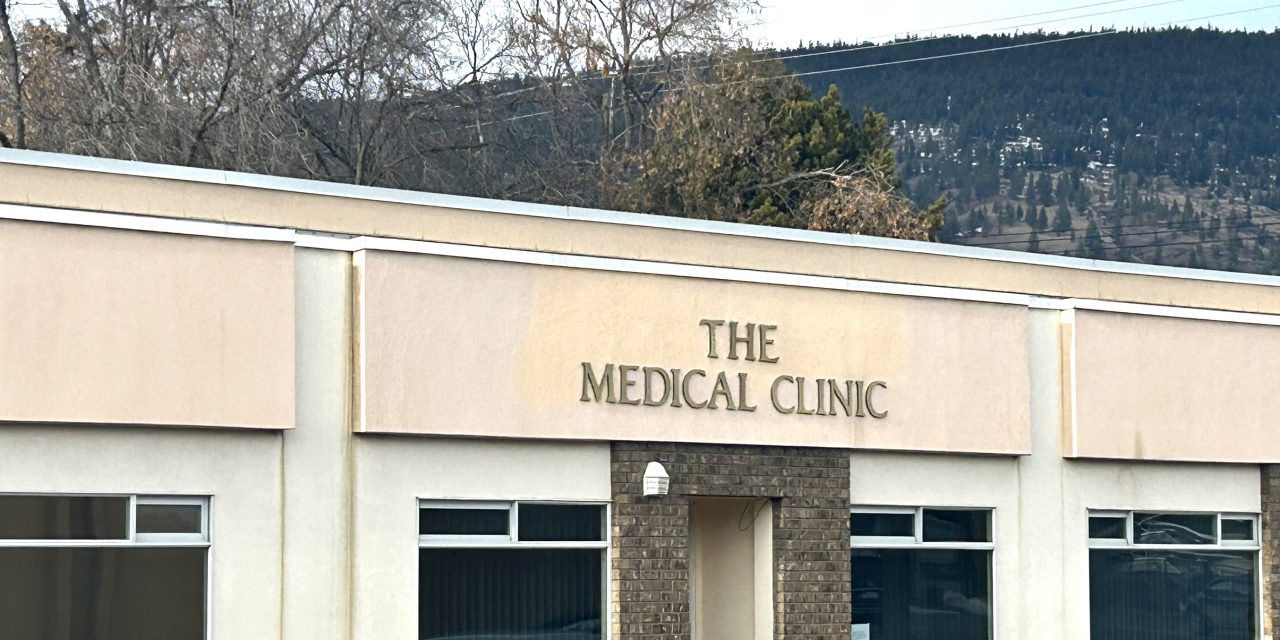 Dr. Morgan Lyttle has operated his practice in The Medical Clinic on Charters Street since 2017. Marius Auer/Herald

The Nicola Valley will soon be down a doctor, with general practitioner Dr. Morgan Lyttle announcing that he will close his practice in Merritt as early as April 2023. An official date has not been set for the closure of Lyttle’s practice, which is within The Medical Clinic on Charters Street, as a replacement and possible locum coverage are sought.

Merritt currently has six doctors with local practices, including Lyttle, along with fellow Medical Clinic doctors Dr. Drew Soderberg and Dr. Patrick Goetz. The Nicola Valley Medical Centre on Granite Avenue is home to Dr. Duncan Ross and Dr. Donald McLeod, with Dr. Paul Simon also having a local practice at Mountain Medical Clinic in the Railyard Mall. With Lyttle announcing his imminent departure, Merritt could soon be down to five physicians.

“The date is not set exactly, depending on availability, there may be locum coverage through the end of June,” said Lyttle in a letter posted by office staff to a local Facebook group.

“We are always working on recruiting new physicians, if a physician becomes available to take over this practice, a notification will be provided immediately.”

The Herald reached out to Lyttle for comment and was advised by office staff that he was currently unavailable until January 30.

Lyttle’s upcoming departure comes amidst a number of healthcare troubles in the Nicola Valley, including a number of emergency department closures at the Nicola Valley Hospital. Efforts to find a replacement for Lyttle are ongoing. The provincial government recently announced new wage incentives for doctors in B.C, along with the expansion of a program that trains internationally educated physicians who hope to practice in the province.

The healthcare pinch can be felt across the province, especially in rural and remote communities that have a harder time recruiting healthcare professionals and maintaining adequate staffing levels. Lyttle’s clients are now left to find a new family doctor, or rely on other healthcare providers. Those who are currently patients with Lyttle will continue to be able to access their medical records.

“If you have any medical records or documents that you would like to receive before the practice closes please let us know as soon as possible,” added Lyttle in his letter.

“If a replacement physician is not found, medical records will still be available through a third party.”

Lyttle presented several options for ongoing healthcare needs in his letter, including the use of telemedicine service such as Telus Health, which connects patients with family physicians through a video chat. Those needing an in person examination, or emergency medical care, should visit the Urgent Care Clinic at Kamloops’ Royal Inland Hospital, or the Nicola Valley Hospital’s emergency department.