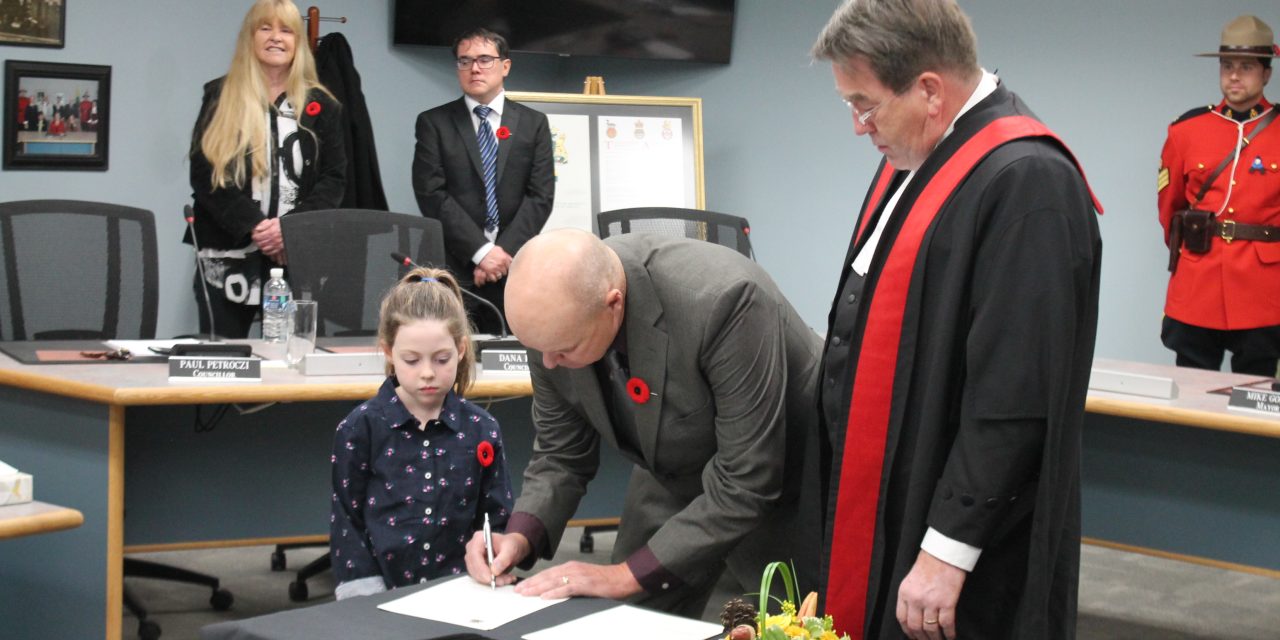 After an action packed first few months in office, Merritt Mayor Mike Goetz is reflecting on the start of his term, and looking forward to a new year ahead.

Mike Goetz defeated incumbent Linda Brown, along with challengers Tony Luck and Mike Bhangu, during the contentious 2022 local general elections. With a record high number of candidates and pressing issues facing the community, Goetz was elected during a time of recovery and elevated frustration with local government for many Merrittonians.

Goetz is one of three elected officials in Merritt with past experience in an elected position, with incumbent Councillor Adam Etchart being reelected, and Councillor Claire Newman moving from Logan Lake’s council table to the one at Merritt City Hall. The Mayor told the Herald that this City Council is shaping up to be a cohesive team.

“Some people are getting their feet wet for the first time, and some of the people with experience are looking forward to the new year, because that’s when we’ll start with liaisons, committees, and getting into budget,” said Goetz.

Goetz identified flood recovery and communication out of City Hall as two of his top priorities during the election campaign, and maintains these priorities after his first month and a half in office. The City is still in need of over $100 million to fund its flood recovery and mitigation efforts.

“Top of the list will always be flood recovery until we actually get the announcement on some sort of compensation for flooding,” said Goetz.

“That’ll be the main push at this time. Whether we get it all at once, or piecemeal, we don’t really care. We’re going to the Minister and letting him know.”

The federal government recently announced $1.6 billion in funding toward climate change adaptation projects, such as flood mitigation and recovery efforts, as part of an $8 billion climate fund. In addition to exploring the new federal funding, Goetz said the City has been applying to a number of smaller grants to put together this ‘piecemeal’ funding. He added that city staff are working through rejections and strict eligibility criteria to attempt to secure federal or provincial funding.

Goetz also noted he believes the communication out of City Hall has improved since the beginning of the new council’s term, including the addition of a weekly radio feature on Q101 and additional releases via the City’s online channels and through local media.

“I think the communication has been very good, we try to get the information out to the City as quickly as possible, and try and quell any rumours that we have,” noted Goetz.

The Mayor and City Council both encourage the public to engage with their elected officials, and to attend council meetings. Meetings are held in person at City Hall, and live streamed through the City’s YouTube channel.

For more information on Council’s upcoming meetings and their agendas, visit www.merritt.ca.