Memorial for fallen Snowbird to be made permanent in Kamloops 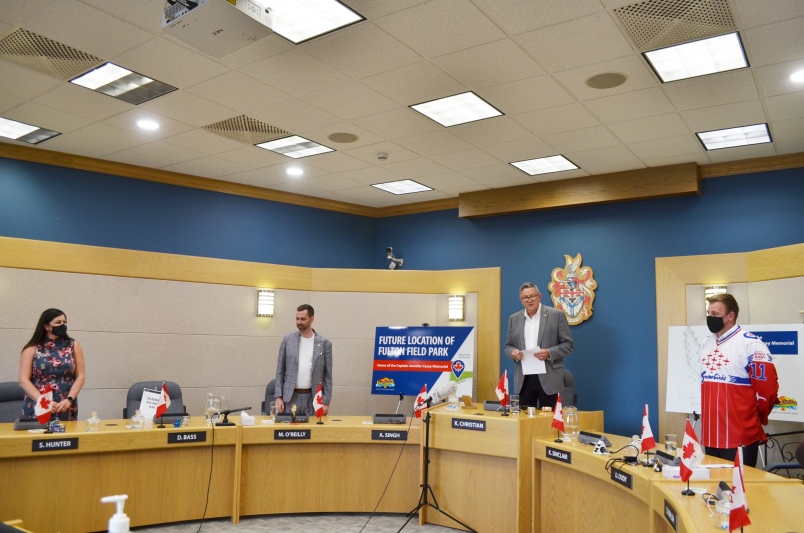 Kamloops Mayor Ken Christian announces plans for the Captain Jennifer Casey Memorial, which will be in the newly created Fulton Field Park on Tranquille Road, near Kamloops Airport. The announcement at city hall came on May 17, 2021, a year to the day Casey was killed and Capt.. Richard MacDougall was injured when a bird strike caused a Snowbirds jet to crashing Brocklehurst after taking off from the airport. At the announcement was Capt. Scott Boyd, Casey’s partner. The park and memorial, which will be on the bend on Tranquille Road, south of the airport’s main entrance, will be constructed in 2023. (KTW photo.)

By Jessica Wallace, Kamloops This Week.

An operation intended to inspire hope across the country turned tragic in Kamloops last year — and now the city hopes to offer healing.

One year to the day a Snowbirds jet crashed, killing Capt. Jennifer Casey, the City of Kamloops unveiled plans for a memorial in her honour.

During a press conference at city hall on Monday (May 17), alongside Casey’s loved ones, the city announced plans to construct Fulton Field Park on Tranquille Road between Airport Road and Aviation Way, which is near to where the Snowbirds departed from Kamloops Airport last year during Operation Inspiration, before a bird strike caused one jet to plummet into a Brocklehurst neighbourhood, killing Casey and injuring the pilot, Capt. Richard MacDougall.

Kamloops Mayor Ken Christian reflected on the crash and “cruel irony” of Casey’s death occurring during an initiative geared at inspiring hope across the country during a global pandemic, which he described as a tragedy laid upon another tragedy.

“It’s our hope that the Fulton Field Park becomes a part of that healing process,” Christian said. “But also a place to celebrate. A place to celebrate a life that was creative, certainly Canadian — in many ways, including being a Montreal Canadians fan, I understand, that sat very well with me — and a place to reflect on the intent of Operation Inspiration and the intent of lifting a nation up at a time when it needed lifting.”

The park, currently in the design stage, will feature flower beds, pathways, benches, a history of Fulton Field and an artist tribute memorial in honour of Casey. Renaming of a street, proposed after Casey’s death, is not planned.

The park is estimated to cost $500,000 and won’t be constructed until 2023, due to work currently underway in the area by Trans Mountain to twin its pipeline and desire to align construction with planned road rehabilitation work on Tranquille Road.

Capt. Scott Boyd, who was Casey’s partner and a member of the Snowbirds at the time of the crash, and who is currently based out of CFB Comox on Vancouver Island, was at Kamloops Airport when the crash occurred last year.

He returned to the city, alongside friends, to mark one year since the May 17, 2020, crash. Donning a hockey jersey with Casey’s name and the No. 11, for Casey’s Snowbird — part of a memorial fundraiser in Casey’s honour by the Junior A Trenton Golden Hawks — Boyd described Casey as a kind and genuine person who loved hockey, dogs and her community.

Casey’s dog, Daenerys (named after the Dragon Queen in Game of Thrones), was also on hand. Boyd thanked the community for support in the past year.

“This has been the longest year of my life, but it also feels like just yesterday,” Boyd said.

A university friend, Dan McDonald, came from Calgary to mark the day. He remembers Casey as “always smiling” and proud of where she came from.

“We didn’t know Captain Jennifer Casey,” McDonald said. “For us, she was Jenn.”

McDonald said he came to Kamloops a couple of days after the crash and was floored by community support. He said the memorial is “very touching,” an initiative he described as “overwhelming.

“It’s tragic to lose a friend,” McDonald said. “Obviously, to lose one so publicly and to have to share that grief with the nation is, in a way, it’s nice, but it’s also been a very bizarre thing to go through so publicly. There’s been no negative comments. Everyone has been so generous and so positive and that’s really the only way to remember her.”

Casey’s childhood friend, Morgan Muise, gave her pandemic pup a middle name in honour of Jenn. She came from Cochrane, Alta., and wiped tears for much of the press conference, unable to speak about her friend. The trio touted Kamloops for support during difficult times.

“The city here will always be really special to all three of us and to Jenn’s family,” Boyd said. 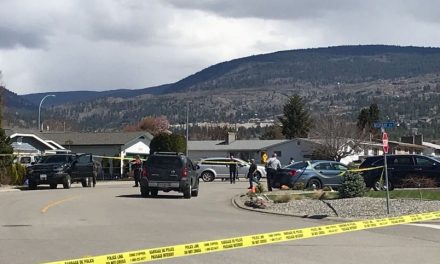 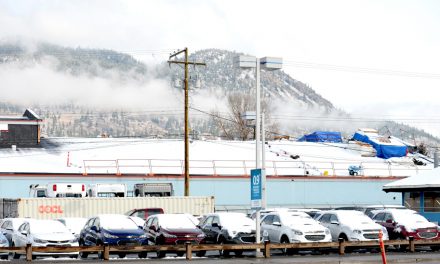 Roof on budget, but delayed 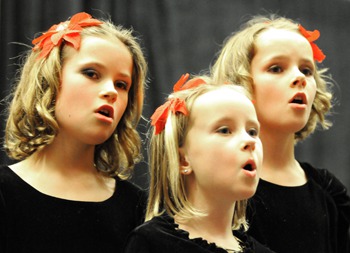 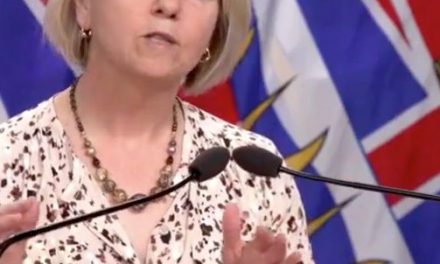 Provincial restrictions extended into January due to COVID