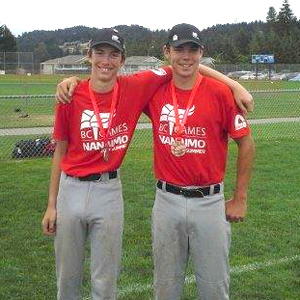 Merritt’s David Colter (left) and Dalton Jury were gold medallists at the B.C. Summer Games in Nanaimo. Photo submitted by Softball BC

It’s been quite a month of July for a pair of 16-year-old Nicola Valley softball players.

As members of the Clearwater Crushers baseball team, Merritt’s David Colter and Dalton Jury won gold medals at this year’s U16 Provincial
championships, and then bronze medals as the Zone 2 representatives at the B.C. Summer Games in Nanaimo.

Colter and Jury were forced to register with the North Thompson Softball Association as Merritt was unable to field a team in their age division.

The provincial title for the Crushers came on the first weekend in July in Clearwater. With Colter and Jury in the lineup, the hometown side upset the heavily-favoured Richmond Mariners 5-4 in the championship game.

In round robin play, the Crushers went 2-3 in their five games against the Mariners and teams from Prince George and Sooke. In one of two semi-finals, Clearwater downed Prince George 11-6.

The gold medal showdown saw Clearwater build a 5-0 lead by the end of the fourth inning, only to have Richmond roar back with three runs of their own in the fifth, and add one more in the seventh. That’s as close as the Mariners would get, however, thanks to a remarkable game-ending play by Jury. Crushers’ team manager Marie Dee described the final action:

“With the Mariners’ tying run on first and the potential game-winning run at the plate, their batter hit a high fly ball to centre field — straight at Dalton. He initially caught it, but then it bounced out of his glove. It looked like he was slipping and about to fall on his back, but the ball was going with him. As he landed, he hoisted the ball in the air — it was a caught ball. The batter was out, and we won gold! Our whole team rushed out and mobbed Dalton. What a play!”

Later in the month, at the B.C. Summer Games on Vancouver Island, the under-manned Crushers were in tough against all-star squads from the seven other zones in the province. They lost four of their five round robin games, but managed to squeeze into the medal round thanks to the best plus-minus rating of the three teams tied with 1-4 records.

In the battle for the bronze, the Thompson-Okanagan squad upset their Cariboo–North East opponents 6-5. They had lost 10-6 to the same team in preliminary play. Fraser River-Delta defeated Fraser Valley 7-6 in the gold-medal game.

The Thompson-Okanagan side opened the Games with a 12-0 win over the Kootenays. They lost their next two outings — against Vancouver Island 7-2, and against Fraser Valley 12-0.

In the bronze-medal game, Thompson-Okanagan were edged 9-7 by Vancouver Island. 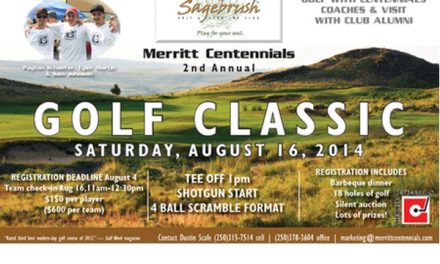 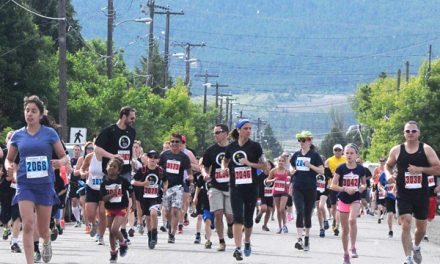 Ready for the Merritt Country Run 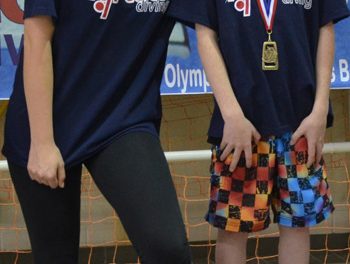 Sloan and Hadwin all set for the challenge