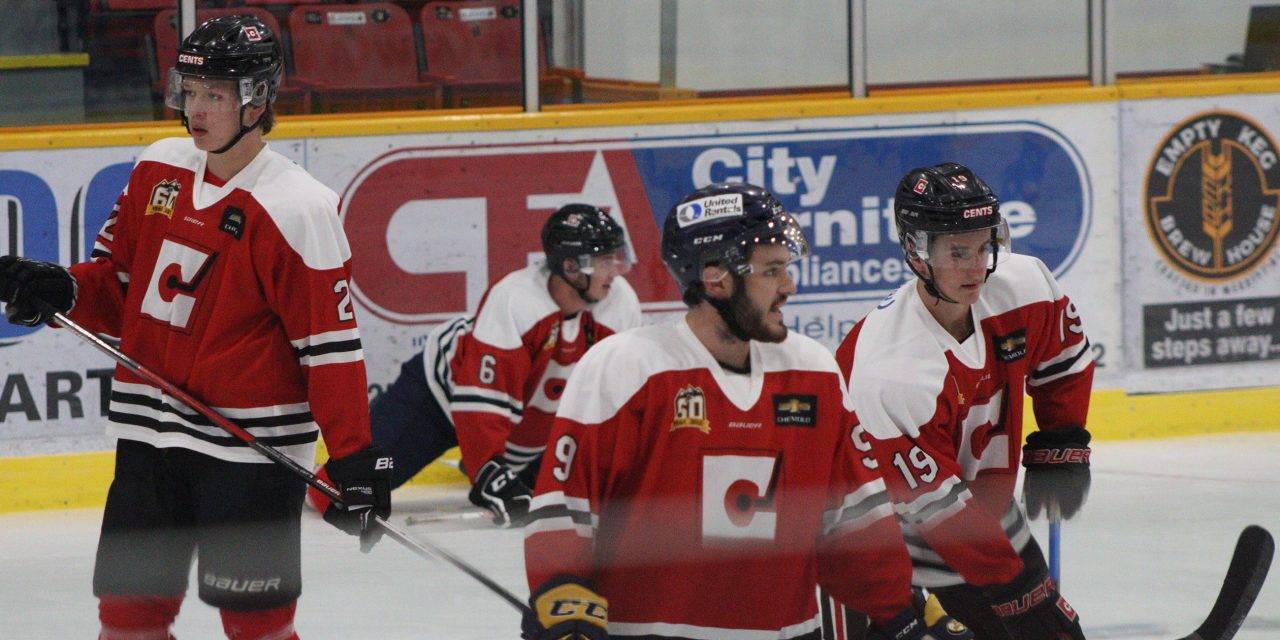 The Merritt Centennials have began playing their pre-season games, leading to the start of the official season on September 23.

The Cents currently have 33 players on their roster which will be paired down to 23 by the first game of the regular season.

“Some young guys are really making cases for themselves moving forward here, considering the decisions we have to make,” said Head Coach, Curtis Toneff.

“Game one of the pre-season is where both teams are giving young guys and future affiliate players a chance and as the games progress you’ll see more and more similarities between what the Centennials roster will look like on September 23.”
Cents began their pre-season with a win, defeating the Chilliwack Chiefs 4 – 2. The current group will be playing a total of six games for their pre-season stint which lasts until Friday, September 16.

“There are some guys that are just getting their feet wet in junior hockey,” “This is a really good experience for them whether they play this year or next. If they don’t end up making our team they can take this playing experience and use it to their advantage.”

One of the players, Diego Johnson, celebrated his 16th birthday on the ice during the game against the Chiefs.

“The experience has been good,” he said. “I don’t feel out of place at all. I feel like I’ve been keeping up with the pace with a good group of guys.”
The Fort St. James native played two games with the Cents last season and had played in in Penticton for the Okanagan Hockey Academy U17 team prior to that.

“I think the main difference I’ve noticed playing at this level is the speed and size of the competition,” he described. “Everyone here is stronger, bigger, and faster. I also think the pace and the speed of the game increases a lot.

The Cents will be facing off against the Cranbrook Bucks for the first game of the regular season on September 23, at the Nicola Valley Memorial Arena.