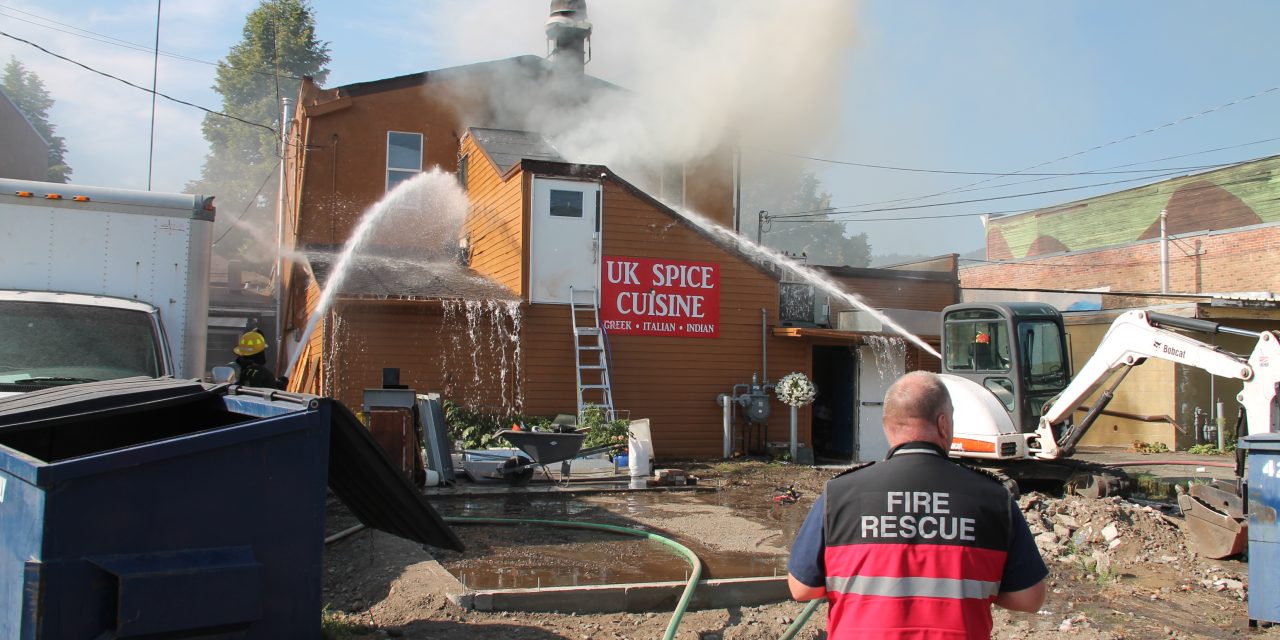 A fire broke out at a business in the downtown core on the morning of August 24, with flames visible from the back of the UK Spice Cuisine restaurant on Quilchena Avenue. The Merritt Fire and Rescue Department’s (MFRD) crew of 12 responded at 9:39 am on Wednesday morning, arriving on scene just three minutes later.

Along with the MFRD, members of the BC Ambulance Service and Merritt RCMP were on scene for support and incident management. Crews blocked a portion of Quilchena Avenue, as firefighters attacked the flames from both the front and back of the building. MFRD crews entered the building once flames were suppressed outside, and began to secure the area and search for any flames that may not have been extinguished yet. The entire restaurant sustained heavy smoke damage, but the fire was mostly contained to the back of the building before being put out.

“Weekdays, especially during the day, are really hard for us. A lot of our on-call firefighters are at their regular employment, and many of them can’t leave when a call comes in. We are actively recruiting new paid on-call fire firefighters.”

Tomkinson added that the cause of the fire is still undetermined, and an investigation is underway. The building was occupied at the time of the fire, with one individual being sent to hospital for smoke inhalation. More info will be released as it becomes available.

For more information on becoming a paid on-call firefighter, visit the Fire Hall at 1799 Nicola Avenue, or go online at www.merritt.ca/firerescue.