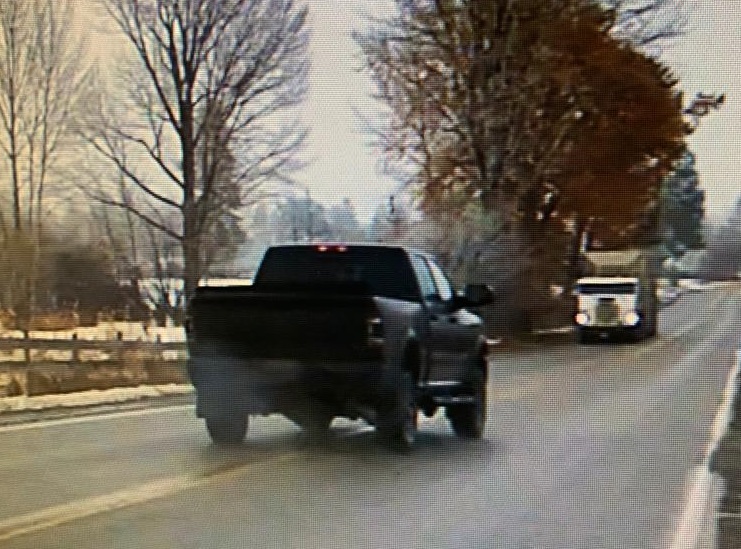 On November 23, 2022 the Merritt RCMP arrested three individuals in an operation that closed Coquihalla BC Highway #5 for several hours.

Two men and one woman were arrested yesterday after a checkstop initiated at Highway #5.

At approximately 12:15 RCMP officers from BC Highway Patrol, working alongside members the Uniform Gang Enforcement Team and Combined Forces Special Enforcement Unit of BC (CFSEU-BC) located a stolen black Dodge Ram pickup traveling on the Coquihalla near the Coquihalla Summit.

The vehicle fled from the traffic stop and proceeded down a side road. After getting stuck, three occupants ran from the vehicle, with reports of one in possession of a firearm.

Nearby worksite construction workers in close proximity to the last know sighting of the suspects were evacuated.

“Out of an abundance of caution the highway was closed for several hours while we searched the area for these suspects,” said Sergeant Josh Roda, A/Detachment Commander of Merritt RCMP.

“Without knowing their identities or their intentions, and reports indicating they were armed, we felt it was best to keep all members of the public from the scene.”

Frontline members from the Merritt RCMP Detachment along with South-East District Emergency Response Team responded immediately to the area and began searching for the suspects. One woman was located and arrested shortly after, but two male suspects remained at large.

At approximately 6:00 p.m. the two remaining men were located and arrested without incident. They have been transported to the Merritt RCMP Detachment.

“We are aware of the online speculation on the identities of these suspects. Although we are in the preliminary stages of this investigation, there is no indication that these suspects are related to any recent high-profile events in the lower mainland, or Merritt,” Roda added.

The BC Highway Patrol along with the Merritt RCMP want to thank the following partners who were instrumental in this investigation;

The Merritt RCMP is asking any witnesses with dash-camera video or were near the area of Juliet Bridge, just south of Merritt near the Coquihalla summit between 11:30 a.m. and 2:00 p.m. on November 23 to please call the Merritt RCMP at 250-378-4262.