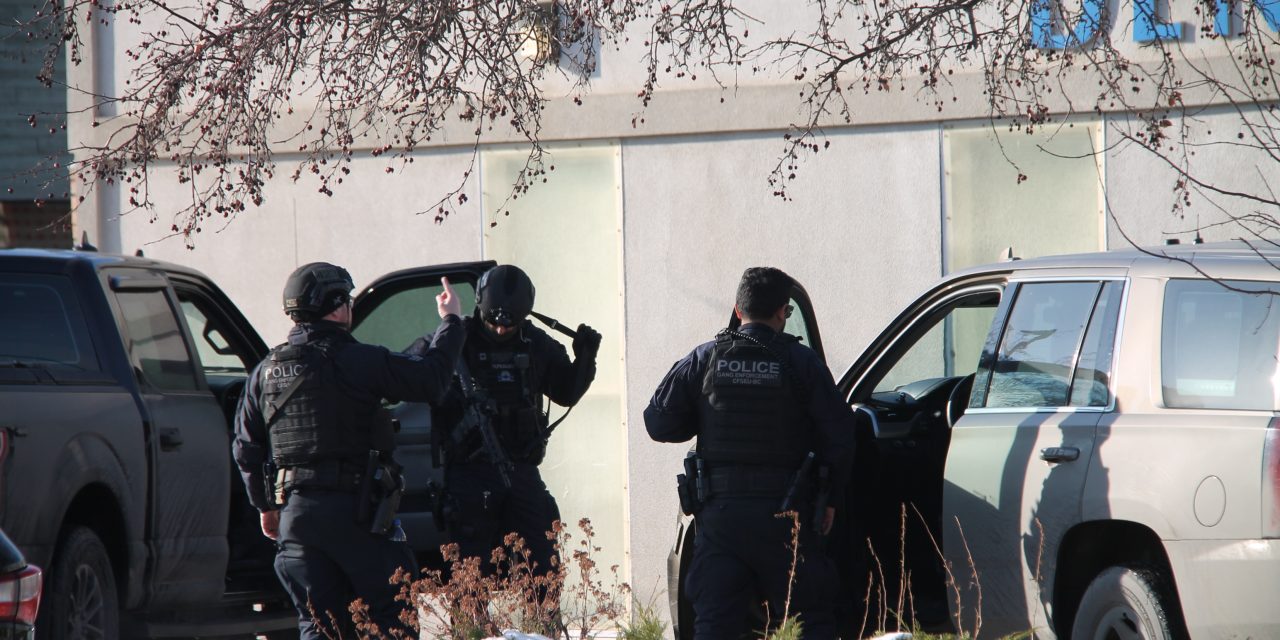 The Merritt RCMP has confirmed that the 2100 block of Quilchena Avenue has reopened following a police incident Monday (November 21) morning. The operation was part of an ongoing investigation into the shootings and kidnapping situation that took place last week, Merritt RCMP confirmed.

“We are still investigating what has been going on this past week and this was just a part of that,” said Acting Detachment Commander Sgt Josh Roda.

The incident downtown on Monday follows a busy weekend for the RCMP. Roda confirmed to the Herald that police responded to a shots fired call on Saturday (November 19), where the suspected shots were quickly determined to be fireworks. On Sunday, November 20, Merritt RCMP and members of the Emergency Response Team (ERT) executed a search warrant in the 2600 block of Granite Avenue in relation to Friday’s kidnapping case. No further arrests were made. The Merritt RCMP continue to investigate a number of ongoing cases.

Police continue to ask for the public’s assistance in locating Ronald Karlson, a Merritt-man wanted on a province wide warrant. Those with information about Mr. Karlson’s whereabouts are asked to call the Merritt RCMP at 250-378-4262, and are advised not to approach Karlson.

In the latest development of a police action filled week, Merritt RCMP officers and emergency response teams have closed down the 2100 block of Quilchena Avenue. The public is asked to avoid the area, as police operations are ongoing.

Police are attempting to gain access to a unit in this block, and have employed the use of tactical equipment, including a loudspeaker. Multiple sources have reported to the Herald that officers are attempting to draw someone out from within the residence. It is currently unknown whether this incident is connected to the shootings and kidnapping cases earlier in the week.

The Herald will release more information as it becomes available.