Merritt Snowmobile Club a recipient of 2022 BC trail fund 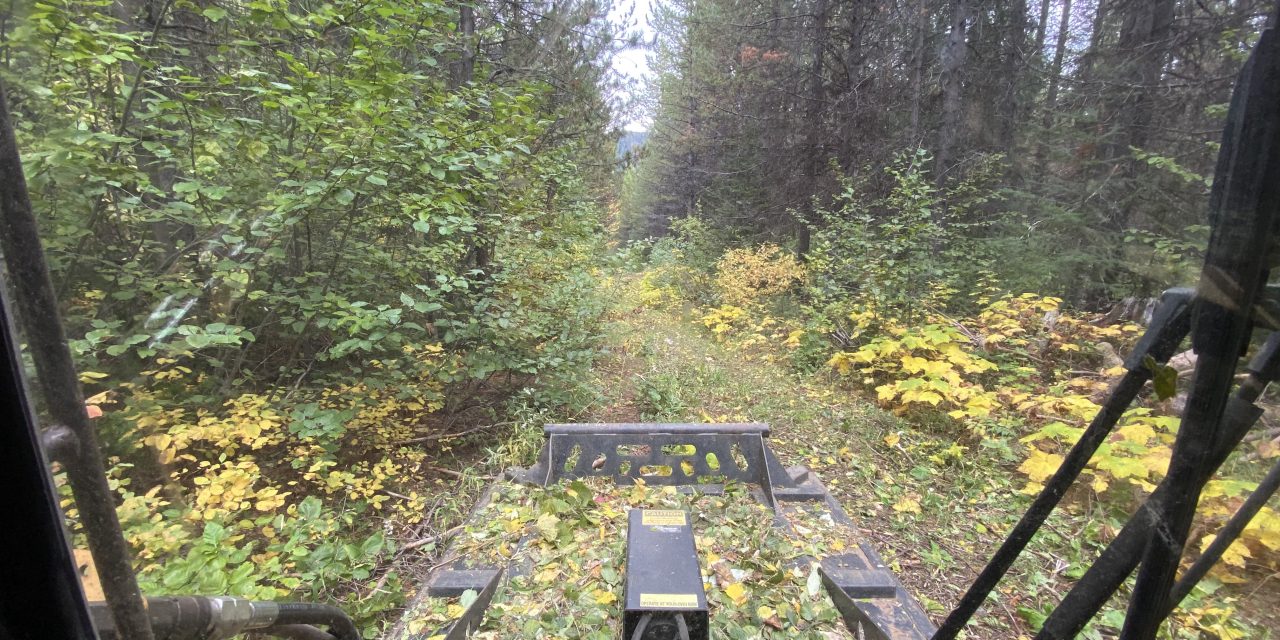 The Merritt Snowmobile Club (MSC) has received funding to assist in the brushing and clearing of their trail networks on Thynne and Prospect Mountains, just in time for the off season work to begin.

The MSC received $7,560 from the Off-Road Vehicle (ORV) Trail Fund, which distributed a total of $172,295 to a plethora of snowmobile clubs and community organizations. The fund was established in 2017 and collecting a portion of ICBC off-road vehicle registration fees. It is administered by the BC Snowmobile Federation (BCSF), Recreation Sites and Trails BC, ATVBC, and the BC Off Road Motorcycle Association.

MSC member Simon Rizzardo says that the funding, along with other funds the club has raised, will give them a head start going into next season.

“The snowmobile club will use the funds to keep trails open and brush free, as it’s a never ending job to keep them clear of fallen trees or getting overgrown,” said Rizzardo.

“We have some trails on Thynne Mountain that we would like to connect again as they have been overgrown or had washouts last November during the floods. We still have to assess the damage from the flooding in both areas as it was early snow and we didn’t get to see the full picture of damage to the trail system.”

Last year, the club relied on donated equipment, fuel, and time to brush 16 kilometres of trail on their prospect road into the ‘Honeymoon’ snowmobiling area. The use of two skid steer units and a mini excavator, donated by Emcon Services and Nicola Chainsaw & Equipment Rentals, aided these extensive maintenance efforts.

The club also recently received two awards at the BCSF annual general meeting and awards gala in Kamloops, including one naming Rizzardo 2022 ‘Groomer of the Year,’ and another commemorating 50 years since the club was founded in 1972.

Moving forward, the MSC looks to continue the development and maintenance of their trail systems, promote safety and fun within the sport of snowmobiling, and engage the community for sponsorships. Their fundraising efforts for projects such as new mountaintop webcams and operating costs are ongoing.

“Getting recognized for volunteer work is always a great thing,” said Rizzardo of the recent honour.

“We will be meeting as a club before summer, to come up with a game plan as to where members would like to see more effort into clearing trails.”