Merritt to add a new bus to transit fleet 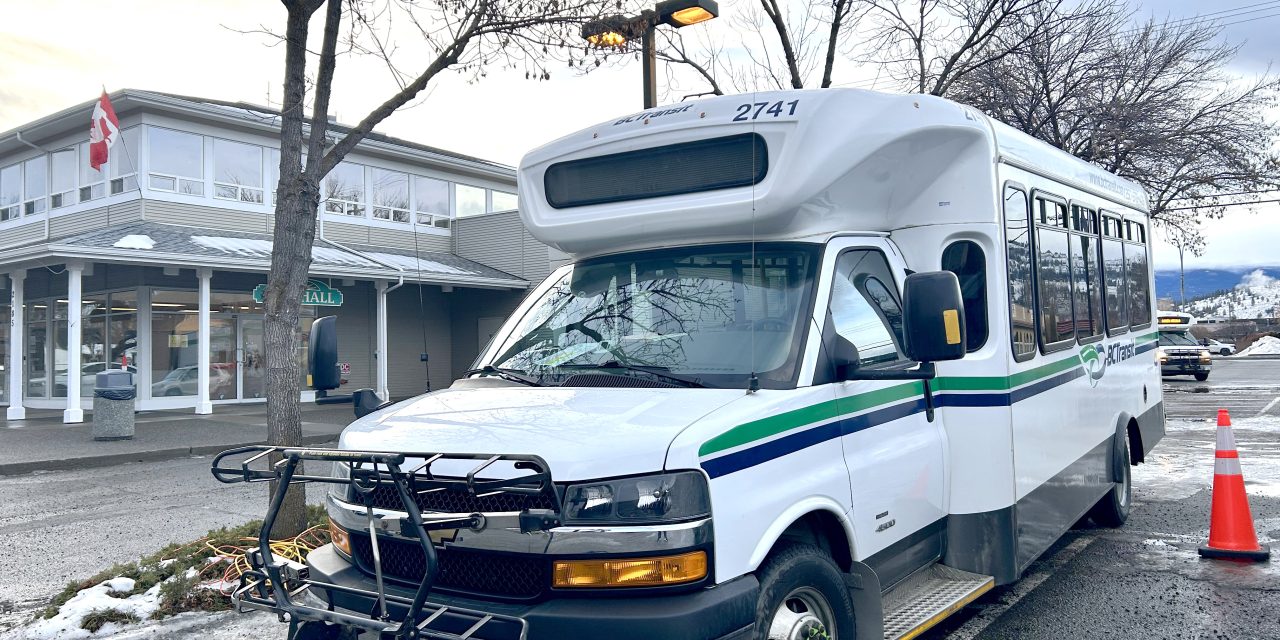 The Merritt Transit System will expand its fleet from three to four following a recommendation from BC Transit. Marius Auer/Herald

Merritt City Council recently passed a motion supporting the expansion of Merritt’s transit system following a recommendation from BC Transit, who were concerned with the reliability of service in the Nicola Valley. At their January 10, 2023 regular meeting, Council unanimously passed a motion recommending the addition of another light duty bus to Merritt’s fleet.

Over the past year, the Merritt Transit System has suffered a number of cancellations and delays in service due to mechanical issues with their current fleet of three light duty Arboc buses. With one bus sustaining damage in the November 2021 flooding event and needing regular repair since, compounded by regular maintenance and unexpected breakdowns due to overuse, BC Transit recommended via a letter that Merritt City Council consider adding another bus to the fleet.

“Merritt’s fleet of three vehicles is too few to maintain a consistent and operationally reliable service, and it is recommended that we expand to four vehicles,” said the City’s Acting Director of Finance Norman Thompson to council.

“We have had many issues with maintenance and lack of availability over the past year with the current fleet of three vehicles. The buses are aging and per BC Transit, theyare being overused and wearing out quicker than they should.”

Daynika White, BC Transit’s manager of government relations, noted in her letter to the City that the Merritt Transit System clocks in roughly 7000 revenue hours across three buses, for an average of 2333 hours per bus. Other communities in B.C. with comparable revenue hours utilize four or five buses for the same task. The Merritt Transit System will receive the new bus pronto, enabled by BC Transit fast tracking the file. The provincial transit provider also plans to replace additional buses over the coming year.

Officials with the Merritt Transit System confirmed to the Herald that the fourth bus, which comes at an incrementally increased annual cost to the City of $35,822 annually, has arrived in Merritt. The total cost of the new four vehicle fleet is $191,200 annually. White said in her letter that the fourth bus will bring the flexibility that the transit system needs to deliver reliable service in Merritt and Lower Nicola.

“Fleet realignments for transit systems are typically a lengthy process, which can take up to two years to implement. BC Transit recognizes that the Merritt Transit fleet is in critical condition and is managing fleet assets to rapidly improve operational stability.”

For more information on the Merritt Transit System, visit www.bctransit.com/merritt, or call 250-378-4080.