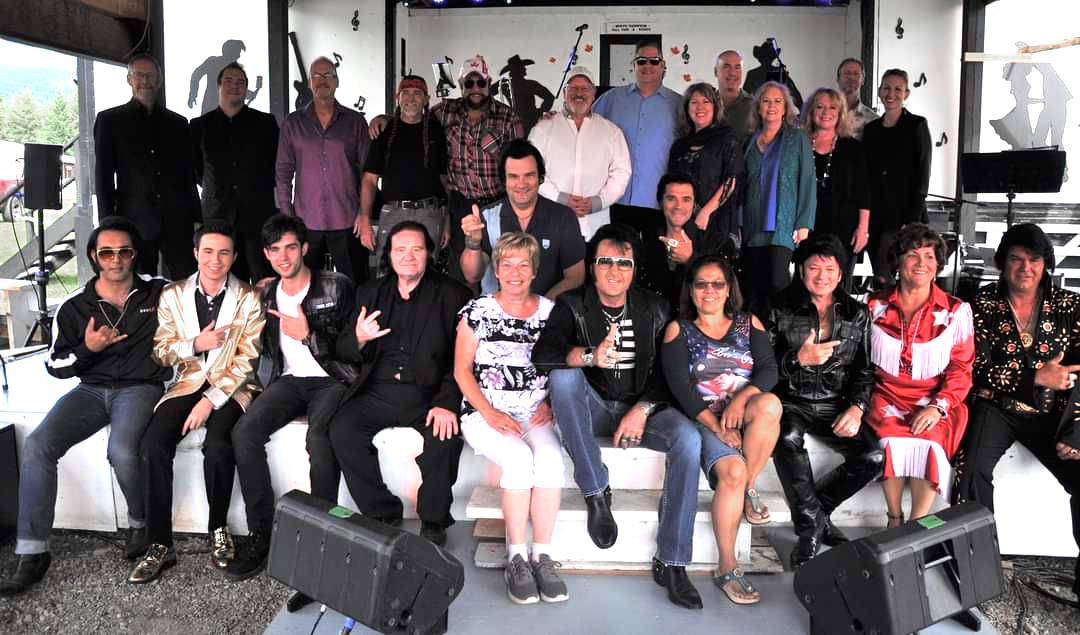 The Canadian Bluemoon Elvis Festival will be held in Merritt for the first time this summer, from July 15 to 17 at the Nicola Valley Rodeo Grounds at 499 Lindley Creek Rd.

Festival organizer Elaine Martelli spoke with the Herald about the exciting event, which has previously been held in Kelowna, Westwold and Barriere before relocating to the Nicola Valley.

“It’s central for a lot of people. We have people come up from the states and a lot from the coast… and I’ve always liked Merritt. We wanted to find a place where there was onsite camping, because we’ve had that every year. So, it was that, and the area itself.”

Although there is a concern that hotel rooms may still be occupied by Merrittonians displaced by flooding, as well as contractors and restoration specialists, it is anticipated that by July, the month in which Rockin’ River also takes place, there will be enough space for festival goers.

2022 should have been the tenth year for Elvis fans to enjoy Bluemoon, but the event was paused for two years due to the COVID-19 pandemic. However, that hasn’t changed the focus of the festival Martelli assured, which is to support charities.

“Elvis was really big on doing things for charity,” said Martellie.
“He’d give cars and houses to friends and people.”

To honour his legacy, all profits from the event are given to Wounded Warriors, a project which assists BC First Responders, and this year, Bluemoon will also be supporting the Merritt Rotary Disaster Relief Fund.

“We do pay for all of our headliners’ shows, the evenings and the Sunday afternoon one,” explained Martelli.
“The other Elvis guys that come, there’s about ten or eleven of them, they all donate their time. We pay their travel and their rooms and meals, but they we don’t pay them for doing the show.”

Ticket sales cover expenses, with the remainder going to charity. There is also a 50/50 draw, a silent auction and raffle.
Martelli, a lifelong Elvis fan, hopes that the show provides a good time full of laughter, dancing, fun, and nostalgia.
“I’ve always liked Elvis,” said Martelli.

“When it started it was myself and two of my sisters-in-law, we used to go to all the Elvis things and we were up at one in Alberta and we thought, well we could do this.”

They decided, however, that their event wouldn’t be a competition, such as the Penticton Elvis Festival.
“The guys are a lot more relaxed and people have so much fun because they’re not competing, you can tell in their performances that they’re so much more relaxed,” said Martelli.

In addition to performers, which will this year include Bruno Nesci, first place winner 2019 Penticton Elvis Festival and a top ten finisher at the Ultimate Elvis Tribute Artist Contest in 2020, Marty Edwards and the Revival, a well known Kenny Rogers impersonator, and Andrew Johns, an Elton John tribute artist, Martelli tries to bring people on board who knew Elvis personally, such as his former backup singers, bodyguards, roadies, etc.

This year, Cynthia Pepper who played PFC Midge Reilly alongside Elvis in the 1964 film ‘Kissin’ Cousins’, will be attending.
The festival opens at 9:00AM and typically runs until 10:00PM each day, with Sunday morning featuring Elvis gospel music and country performers in the afternoons. Cadillac Kings and Uptown Horns will be the backing events for this year’s performers.
Food vendors will also be on site.

Tickets are $125 per person, with camping costing $35 for all three nights. Individual show tickets are also available.
Tickets can be purchased at Anie’s Pizza in Cache Creek, by calling 250-300-0291 or online at https://thecdnbluemoon.ca/