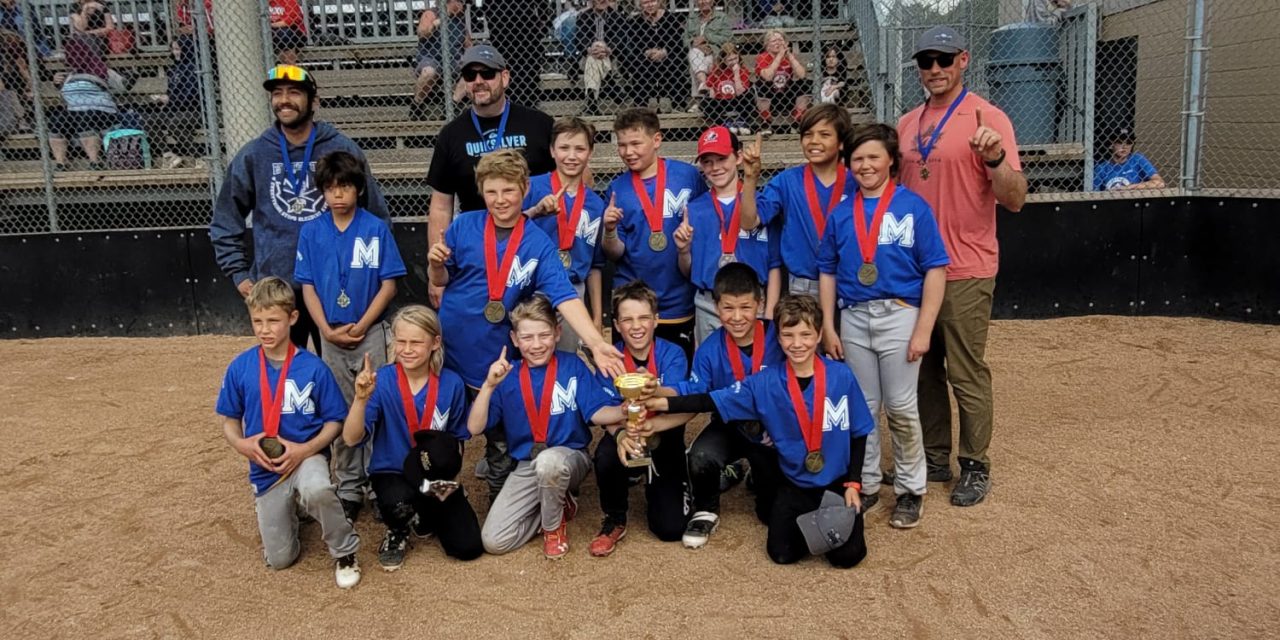 The Merritt Minor Softball’s U11 team brought home gold from the ‘Celebration of Softball’ tournament in Kamloops that took place from June 17-19.

Nine teams battled it out on Charles Anderson Park for the Softball BC regional tournament.

“It was great,” said Blaine Martens, coach for the U11 team. “Everyone worked so hard all weekend long and I was very happy that they performed so well.”

Of the nine teams, Merritt was able to come out on top while Barriere won second place, and Quesnel finished third.

The tournament was one of the last few games to end the team’s season.

“It’s great to see athletes progress,” Martens explained. “From the beginning of the year to now, I’m amazed with the development they’ve made; their ability to throw and catch accurately, and how much power they’ve developed hitting, and their awareness of the game, to steal a base, to get into scoring positions. We won because of how well they’ve executed things we have taught them.”

“We all worked really hard as a team to win,” said David Martens, the finals and semi-finals MVP of the tournament.

The club has closed out their season but will open the outdoor season back up for the spring of next year.