Merritt U9 hockey team plays a game during road closure 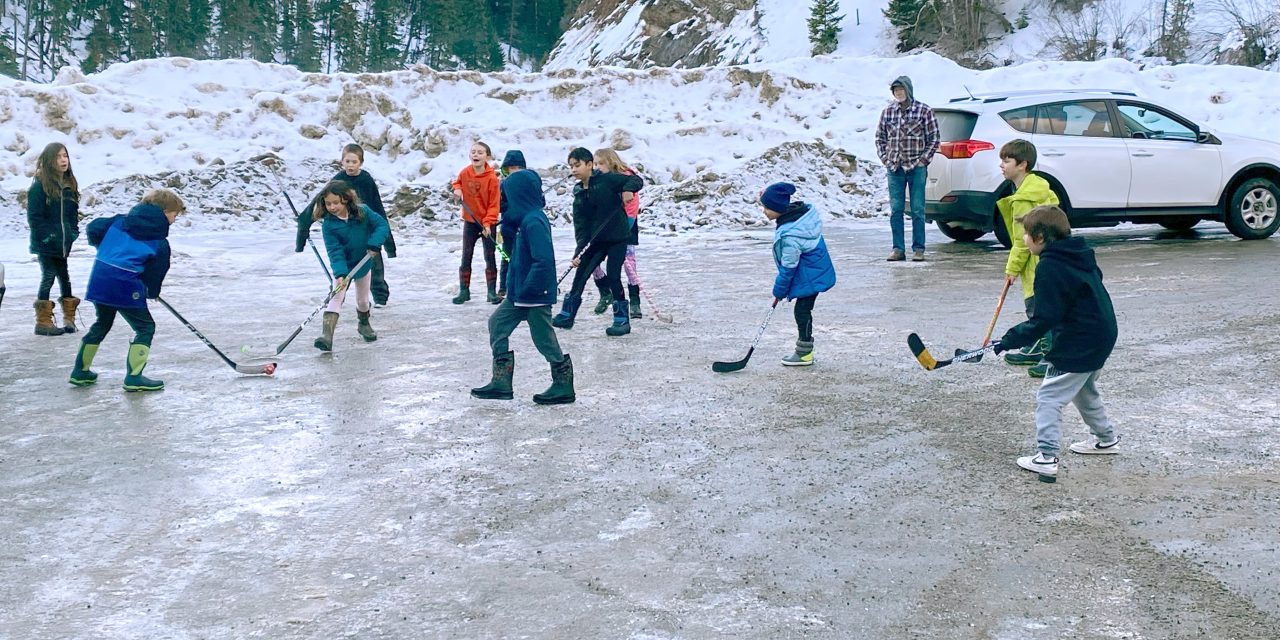 Members of Merritt’s U9 Red Hockey Team play an impromptu game of hockey in a parking lot during a highway closure. Photo/Gian Cavaliere

As the old Canadian saying goes, when life gives you road closures, start a hockey game. Or something to that effect. This was the mindset of the players and parents of Merritt’s U9 minor hockey team, who found themselves stranded following a game in nearby Princeton this weekend. While waiting roughly an hour for the highway to reopen from avalanche prevention work, the team and parents made the most of the situation by hosting an impromptu hockey game.

Following a regular season game for Merritt’s U9 Red Team in Princeton this past weekend, players and parents found themselves on the wrong side of a road closure between them and Merritt. After settling in for their wait at Taylor Lake rest area, a grandparent suggested a good old fashioned game of street hockey in the parking lot.

“We came around the corner, and the road was closed,” said Megan Paquette, a parent with the U9 team.

“We got the details from YRB and it wasn’t really gonna be that long of a wait, so the kids just decided that we would park in the parking area of the rest stop, and one of the grandpas suggested that the kids get their sticks out.”

In addition to practicing their stickhandling with a makeshift puck, a ball of sock tape, U9’s players learned that waiting doesn’t always need to be boring. The casual game allowed the young players to connect with their teammates, enjoy the fresh air, and give a show for others also waiting for the highway to reopen.

“All of the kids were beaming, and my kid said to me, ‘the funnest part of today was playing street hockey on the highway,’” added Paquette with a laugh.

“I think lots of the people in the long lineup of cars found it quite entertaining as well, they all sort of watched from their cars. It was super fun.”

Despite the closure, exhaustion after an hour out on the actual ice, and the chilly weather, the parents and players of Merritt’s U9 team showed that Canadians can make the most out of any situation, especially with some hockey sticks and friends nearby.