Métis culture alive and well in the Nicola Valley 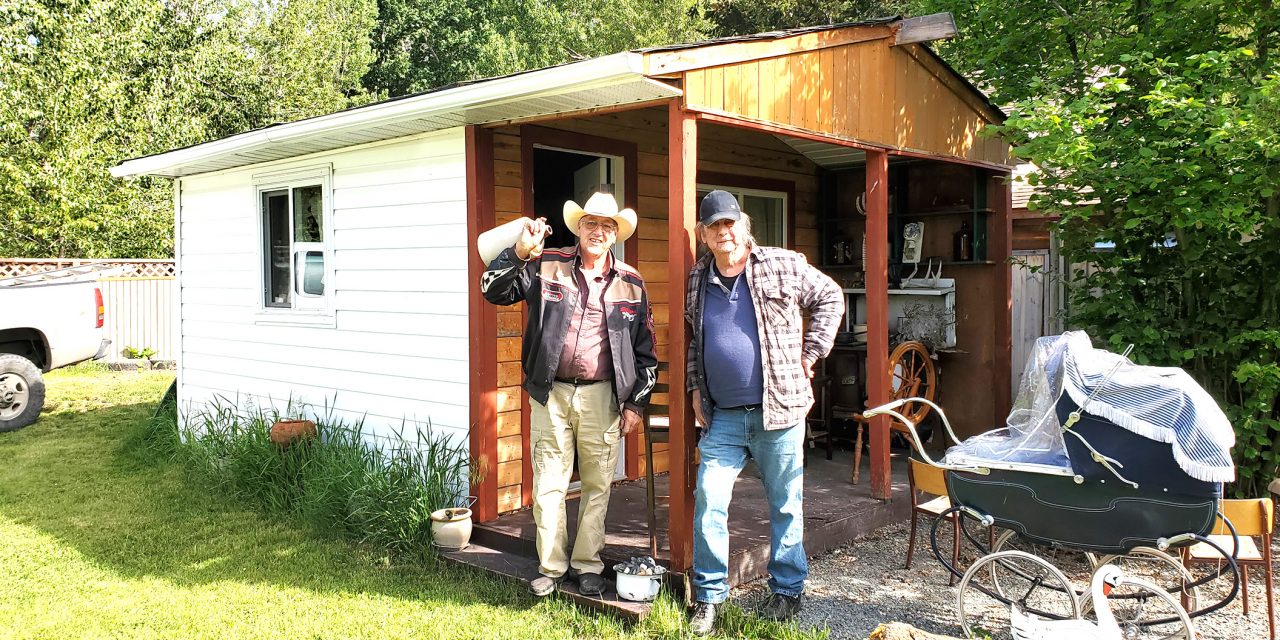 Doug and Pete pose outside of the replica Métis cabin.

Deanna Heard, her husband Pete, sister-in-law Dolly and fellow Nicola Valley Métis resident Doug, share Métis history and culture through the use of a replica cabin, which houses a treasure trove of artefacts and educational items reflecting the traditional Métis way of life.

“Doug and Dolly and Pete and I would go to the schools,” said Deanne.

“We used to pack all this up and go to the schools. But all the schools are within walking distance, except Lower Nicola. So, we stopped packing all this up and dragging it around, and my husband Pete, built me this little cabin and we display it all here, and the schools come here now, and we teach them here.”

Groups of five or six students will be given a tour of the cabin while their classmates wait outside and are given hot chocolate, tea, bannock and cookies, being entertained by Doug and Pete, who answer questions and tell Métis stories.

“They ask a million questions, and we do the best we can to answer them,” Deanna joked.

Pete’s father was an original founder of the Nicola Valley and District Métis Society in the early 1980s, when the Métis were recognized as Aboriginal Peoples under the Constitution Act of 1982, which also recognized the First Nations and the Inuit.

At that time, there were approximately 400 Métis people in the Nicola Valley who had previously been identified simply as ‘non-status’ indigenous people.

So, who are the Métis people?

Métis is a French word, which translates approximately to ‘mixed blood’, although Métis people are descended from Indigenous people and specific European descendants who can trace their lineage to the Red River settlement.

“Métis people are a mixed nationality between native and white people,” said Doug.

“They called us the Métis people, because we’re mixed blood. We self-identify as Métis, not as native.”

The Métis are descended from the First Nations people of Canada and some of the earliest European explorers and settlers, who travelled to the New World to chart the territory and gather furs for export to Europe.

“The Europeans came over to trap for the Hudson’s Bay, and the First Nations women took them in, and they intermarried,” said Pete, who noted that most of the fur traders would not have survived once their supplies were exhausted, or throughout the first harsh Canadian winters.

“And the women looked after them and kept them alive and taught them their ways.”

These traders were typically Scottish, English and French.

“The government took that away because he wanted to work for the Hudson’s Bay Company, and so they took his status away, just like people who wanted to join the army,” Doug explained.

“So, we’ve been Métis all these years since.”

Métis culture very closely resembles the cultures of the tribes that the fur traders married into. These were typically Cree, Ojibwe, Saulteaux, Wabanaki, Algonquin, Nakoda and Lakota.

“Because it was the native women that carried on the culture and raised the children, as natives, or mostly native.”

However, Deanna explained, there were tensions between First Nations people and the Métis. The Métis were not always permitted to live alongside the recognized First Nations tribes, and were also not welcome to stay in the forts and settlements with the European settlers.

“They eventually became known as the road allowance people, because the white didn’t want them and the First Nations didn’t want them, so they were shifting back and forth and here and there.”

Métis people began to travel together and build communities on marginal, unwanted land or Crown Land that had been set aside for the creation of roads in rural areas, hence the term ‘Road Allowance People’.

These communities often followed temporary employment opportunities, generally hard physical labour for which they were paid very little, creating hardship and poverty. This was supplemented with traditional means of living such as the gathering of plants and medicines and buffalo hunting.

However, this period of migration and exile helped to bring the Métis people closer together and identify as a distinct people with their own culture.

This includes the beautiful, intricate beadwork that the Métis have become known for, which takes its styling from English embroidery and became popular amongst Métis women who began to incorporate glass beads into their work, which already included porcupine quills, when the English settlers began to bring their wives to North America.

“This is why the Métis are called the ‘Flower Bead’ people, a lot of their beadwork has the flowers, from the English and the embroidery,” said Deanna, who displays traditional beadwork and porcupine quill jewelry, as well as examples of traditional ‘tufting’.

“The tufting comes from the northern peoples, where the Inuit are mixed in. It’s a real mixture.”

Also on display are furs such as beaver and bobcat, leather mitts and beaded moccasins or mukluks a traditional footwear. An Assomption or ‘arrow’ sash rounds out the memorabilia.

About 12 inches wide and eight feet long, the colourful sash has become synonymous with Métis culture, and is considered symbolic to Métis people.

Although traditionally worn by men, they are now worn by most self-identifying Métis of any age or gender to showcase their heritage.

According to Deanna, the tassels at the end of the sash were used for several purposes, with knots being tied off to serve as a calendar of sorts, counting off days of a journey, or to keep a record of how many furs had been harvested.

“These strings were used to sew up your flesh if you had a wound,” explained Deanna.

“It would be around your waist to pack shells, guns, knives, anything like that. They’d be used as a sling if you broke your arm or your leg, to drag your horse out of the mud, to lift with, it was a multi-purpose thing, it wasn’t a decoration, as it is today, it was a tool.”

For Métis people, who have faced a rocky road seeking to be acknowledged as Indigenous people, and still face difficulties today in asserting that role, Indigenous Peoples Day is an opportunity to share and take pride in their culture.

“And the gathering of the Métis people,” Deanna adds.

“Not to be ashamed of who you are,” said Doug, who struggled with his own identity as a person of Cree descent.

“To just go out and be who you are, and celebrate who you are. It’s a lifelong thing, and it never goes away.” 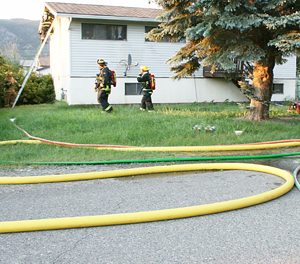 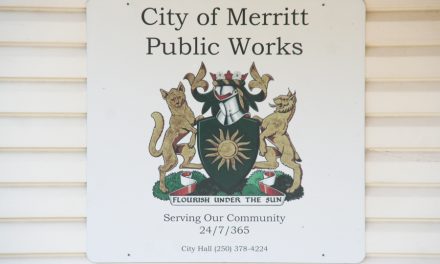 Merritt expected to have additional water treatment process by 2017 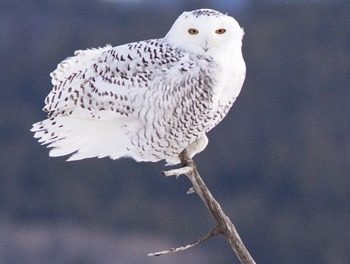