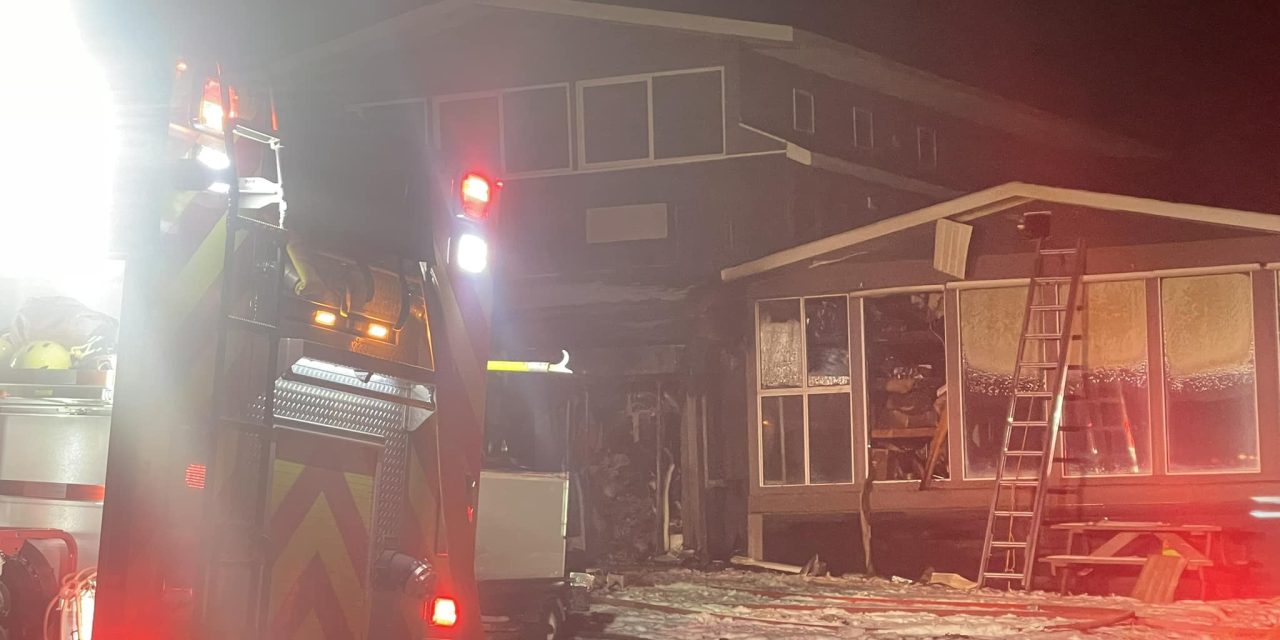 Merritt Fire Rescue crews were on scene on Ransom Avenue overnight Wednesday as they battled and maintained a structure fire. Marius Auer/Herald

The Merritt Fire and Rescue Department responded to a house fire in the Diamondvale area Wednesday night, with crews battling the blaze into the early morning hours.

Merritt Fire Chief, David Tomkinson, confirmed to the Herald that fire crews were dispatched to the 2800 block of Ransom Avenue at 5:47pm on Wednesday, November 23. The fire put up quite the fight for crews, who battled flames until well past midnight, before a fire watch crew remained on scene overnight.

“Crews arrived to heavy fire showing from the front of the structure. In total, 15 firefighters were on scene until 1:35am,” said Tomkinson.

“A separate crew remained on scene to conduct fire watch until 8am. Firefighting was hampered by excessive fuel load in the residential structure due to the operation of a home-based business.”

The home’s occupant and a firefighter were treated by ambulance on scene for minor injuries.

The cause of the fire is now under investigation, with Tomkinson adding that investigators are expected to be on site Friday (November 24).