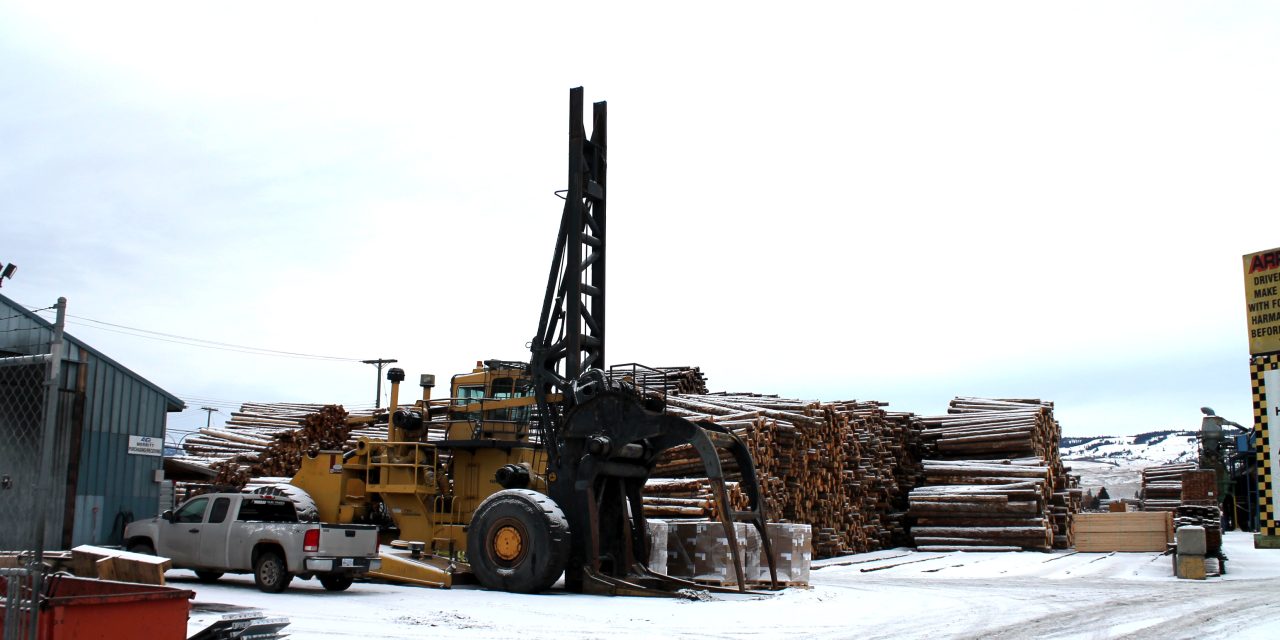 Aspen Planers in Merritt has been closed since mid December due to a lack of timber supply and no new approved cutting permits. Marius Auer/Herald

As mill closures drag on in Merritt, and become permanent in other parts of the province, those in the forestry industry are urging the provincial government to intervene and support the industry. Access to timber is a concern for a number of forestry companies, as many shift or shut down their operations amidst changes in the market. Aspen Planers’ Merritt operations have been temporarily halted since December 2022 due to a lack of approved cutting permits and access to timber, with no end in sight.

Along with the closure of Aspen Planers in Merritt, Vaagen Fibre in Midway, B.C. has indefinitely shut down its operations and laid off 85 employees. Further north, Canfor recently shut down its Prince George pulp line permanently, axing 300 jobs and further signaling an overall downturn in B.C’s forestry industry.

Executives with Aspen Planers previously told the Herald that a lack of access to timber supply, along with an opaque and unnecessarily complicated permitting process for cutting new logs, continue to strangle local operations in the Nicola Valley. The Herald reached out to the Ministry of Forests to ask about the permitting process and support for forestry workers.

“Our hearts go out to the affected workers and their families dealing with curtailments caused by weakening markets and decreasing timber supply from mountain pine beetles and wildfires,” said the Ministry of Forests in a statement to the Herald.

British Columbia’s Forest & Range Practices Act, which regulates the cutting of trees on Crown land, sets out the process for obtaining permits and permissions in regards to provincial forestry practices. The provincial government also sets an Allowable Annual Cut (AAC) for areas across the province, which determines the number of metres cubed of timber may be cut in the region per year. The AAC for Merritt’s forestry area is 1,200,000 m³, and those looking to harvest from that set amount must apply for cutting permits before falling trees.

When asked about the cutting permit process in the Merritt Timber Supply Area (TSA), the Ministry said that most applications for cutting permits are granted within a reasonable timeframe. They were not able to provide clarification on Aspen Planers’ permits in particular, but added that recent data for the district overall shows most permits are issued quickly.

“The vast majority of cutting permits within the district are issued within 40 days,” added the statement.

“The latest data for the Cascades District indicates that almost 84 percent of these permits were issued in that timeframe.

The Ministry also committed to continued support for forestry workers through the continuation and enhancement of existing programs, such as the Forestry Employment Program, Skills Training for Job Pathways, Rural Business and Community Recovery Initiative, along with retirement bridging or retraining programs. The Community Rapid Response Team will also provide support to affected communities by collaborating with ministries and local organizations.

As for the approval of Aspen Planers’ permit applications, or the length of their closure, executives with the company tell the Herald that it’s up to the government to make the next move.