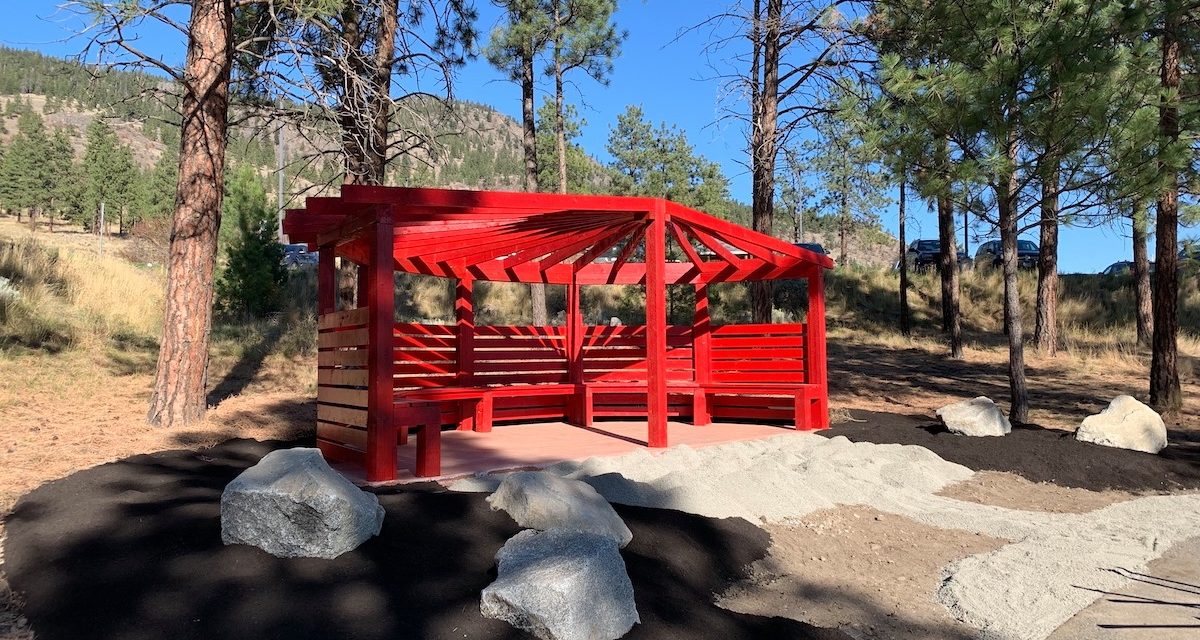 The newly completed above ground pit house at the MMIWG Memorial Garden at NVIT.

In 2019, Conayt Friendship Society received funding from Women and Gender Equality Canada to construct a Memorial Garden in honour of Missing and Murdered Indigenous Women and Girls (MMIWG).

In collaboration with NVIT, a location for the garden was selected on the Merritt campus and the project is progressing, despite many unforeseen difficulties.

“It was our intention, and our hope to have it done by October, but between smoke, and the wildfires and evacuation, the discovery of the Indigenous children (at Kamloops Indian Residential School), COVID – we’ve had so many things that have just prevented us from moving forward with it.”

However, the project has exemplified a resiliency and determination that mirrors that of the Indigenous peoples of the province, continuing in spite of these delays.

“Most recently we’ve been working with our landscapers,” said Thomson.

“I think the weather is probably going to hinder us from progressing any further until springtime. But, so far, we’ve gotten some of the boulders placed that were donated by the City, and our landscapers have prepared the ground for the placement of more rocks in front of the pit house. Come springtime we’ll be placing more paving stones, bark mulch, indigenous grasses. We’re working on having a plaque designed and developed and that will all get completed in the springtime as well.”

Earlier this month, the most complex portion of the Memorial Garden was completed when the NVIT carpentry students put the finishing touches on an above ground pit house. The pit house has been painted red; a symbolic colour associated with the MMIWG campaign due to the belief of several Indigenous tribes that is the only colour that spirits can see. The colour extends to the concrete pad on which the pit house sits, which has also been dyed red.

Originally, the garden was going to include water, which is considered both sacred and healing, but the logistics of maintaining a water feature presented several challenges, leading organizers to change up their plans.

“The placement of the pit house is at the bottom of the path, and so we see the path as like a symbolism of water flowing into that area,” said Thomson.

“And then it comes around to the side of the pit house which has two rocks, and then the rocks will symbolically flow that water around the pit house and off of the three rocks, and have it flow right through… it has the illusion of water flowing through it and cleansing the site.”

The site at NVIT had not previously been used and there are no plans to develop the area at a later date, meaning it has now been given a purpose and will function as a standalone space to honour MMIWG.

“We liked that location,” explained Thomson.

“We looked at several different spots around the campus but when we came to that spot everybody that was there just had this sense of calm and sense of presence, so it was almost like that spot spoke to us when we walked through it. That was a big reason why we chose it.”

The garden will also be filled with native plants and grasses collected from around the Nicola Valley, following the path and surrounding the pit house area. The carpentry class also came up with the idea of installing a bench inside of the newly constructed pit house.

“We wanted a place where people could go and sit in reflection and prayer and meditation,” said Thomson, who notes that work will now pause over the winter months.

“It’s a work in progress, and we’re looking forward to completing the project next spring.” 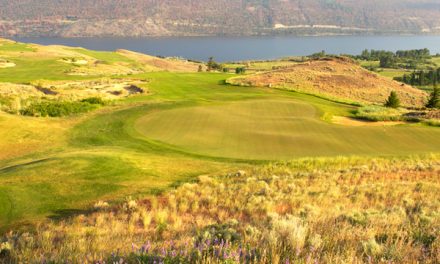 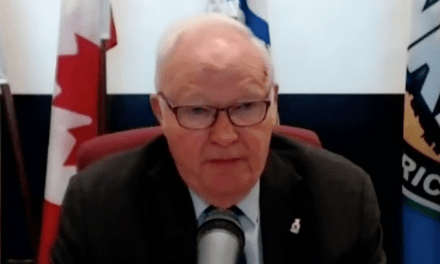 Gillis re-elected as TNRD board chair