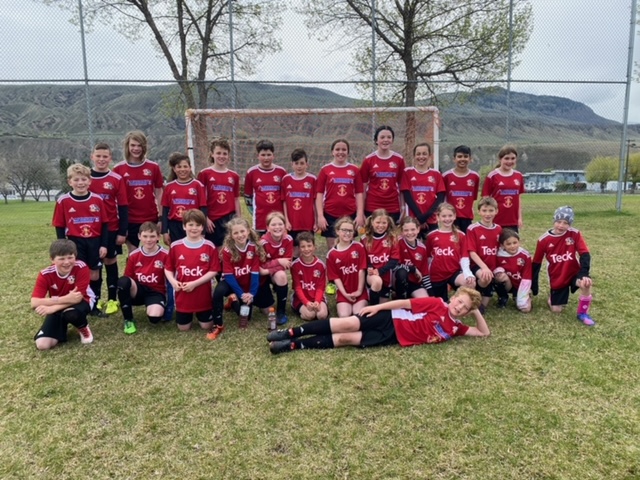 Mother’s day fell on the weekend of May 7 this year. Most of us celebrated this occasion with our moms by going out to eat or even just giving them a call. For the mother and son duo of Kim and Layne DeRose, there was no better way to spend Mother’s day than to win gold in a U13 soccer tournament.

The Merritt Youth and Soccer Association (MYSA) finally had the opportunity to travel outside of Merritt to compete in an invitational tournament. The club was able to send two of its teams to Ashcroft for the Tom Watson Memorial Tournament, the U10 ’Sharks’ , coached by Jennifer Reid and Becky
Puterbough, and the U13 ‘Warriors’ was coached by Kim DeRose, Nate Russell and Adam Ware.

“The kids showed up, it was raining and it was cold but everybody had a good time and that’s how they spent their Mother’s Day so it was great,” DeRose recalled.

“I thought the kids played great. We had six wins and one loss and it actually came down to goals for and against for the win and that’s how we ended up first.”

Among the 10 boys and four girls in the U13 squad was DeRose’s own son, Layne. The young player was very happy with his team’s performance. 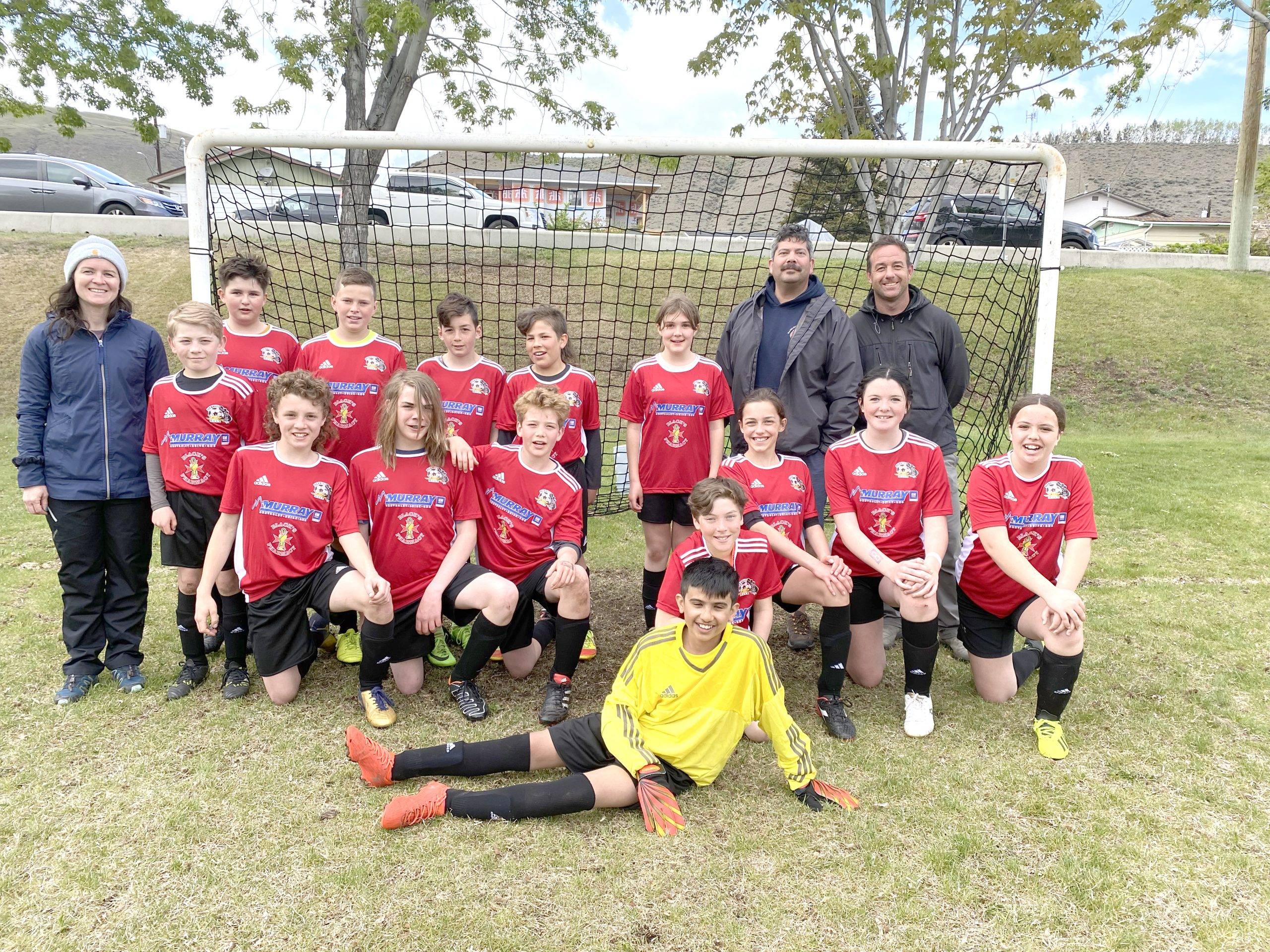 “I had tons of fun,” Layne DeRose, said.

“Our team never gave up, we played good and we ended up winning the tournament.”

The Warriors played 7 games over 2 days, only losing to Lillooet Orange 4-0. They started the weekend by beating Barriere 2-0, followed by an 8-0 Logan Lake win, then a Clearwater 7-2 win to finish off their Saturday. On Sunday, they beat Home Hardware 3-2 and then avenged their loss against Lillooet Purple with a final score of 1-0.

“It felt really good to be playing against other towns and representing my community,” said Layne DeRose.
The U10 Sharks also played in the tournament, impressively finishing fifth out of 12 teams. The roster featured another DeRose, this Kim’s daughter, Eberle, who was excited playing soccer on Mother’s Day. 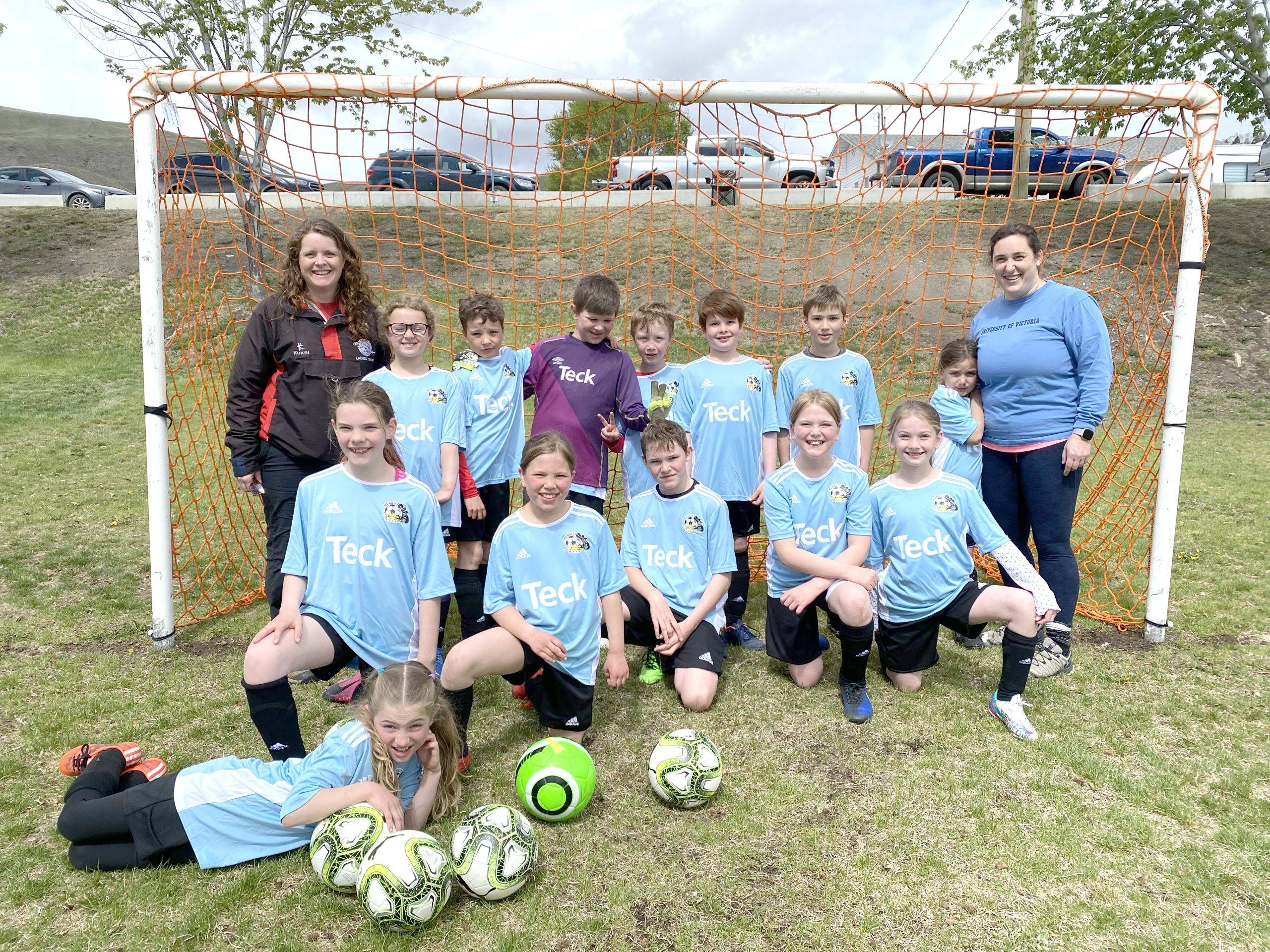 This season MYSA enjoyed a significant increase in sign ups for their program with over 250 kids registered.

“I don’t know how we got the interest up but we’ve got a record breaking amount of kids registering,” said DeRose. “It’s great, I think we’re just all looking for something to do again.”

Molly Brigden is the President of the MYSA. She discussed the importance of having the kids be able to travel for out of town tournaments.

“This is the first year, since COVID, that we were able to send teams to an out of town tournament,” said Brigden.

“I know we get to see a lot of kids build on team capacity and team bonding when they are able to play against other people outside of Merritt.”
Back in 2020, MYSA cancelled their season due to the COVID restrictions. The following year the club reopened but with a limited capacity. This season was their first time returning to some semblance of normalcy.

“We want them to recognize that there is more to soccer than what we have to offer in Merritt.”