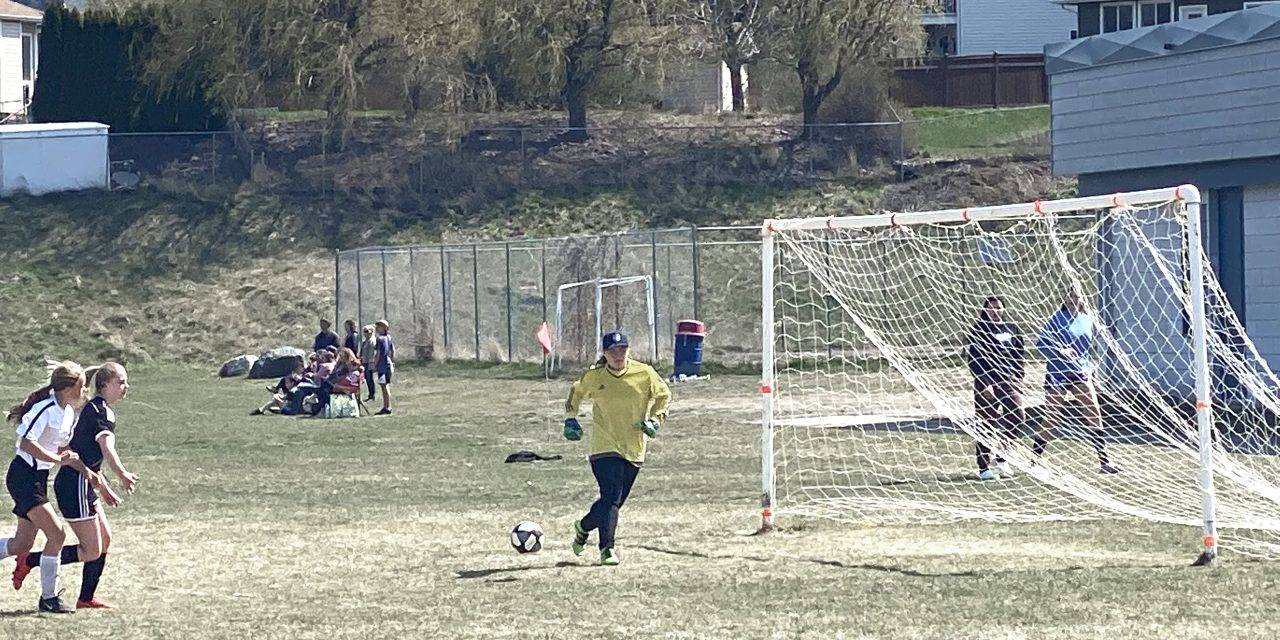 The Merritt Secondary School Panthers girls soccer team secured a spot on the podium while hosting their annual ‘Test of Mettle’ soccer tournament.

Onlookers were treated to blue skies and intense but friendly competition, with nine schools from across the province battling for the top spot. Games were spread across two days and two locations, taking place at both Collettville Elementary and former Coquihalla Middle School fields on April 21 and 22.

“This is our first soccer tournament we’ve hosted since COVID-19 came,” said Gian Cavaliere, athletics director and vice principal for MSS. “Teams come from afar because they know it’s a fun time, and we usually bring in smaller schools to keep it competitive. It’s a good time.”

Merritt Secondary’s athletics department has been fighting an uphill battle since the beginning of the COVID-19 pandemic, with public restrictions temporarily putting an end to many sporting events, followed by November’s flooding destroying the school’s playing and practice fields.

Despite this, student athletes and staff have stayed resilient, volunteering in the community, winning BC School Sports “School of The Year” award, and making the podium in two consecutive tournaments.

Full results for the “Test of Mettle” tournament are as follows:

Moving forward, the team and MSS as a whole look forward to keeping up the sportsmanship, on and off the field. The school will next host the AA Sr. Girls Volleyball Provincial Championships, recently beating out schools from Vancouver Island and Prince George to win the bid.